Arjun Rampal, who is essaying the role of dreaded Mumbai don-turned-politician Arun Gawli in Gaurav Bavdankar directed movie DADDY has landed in soup after his alleged ‘illegal’ meeting with the don, Arun Gawli at Mumbai’s J J Hospital.

According to reports Arjun Rampal met the gangster convicted in a murder case at J J Hospital on December 28, last year in connection with getting tips about the body language, his speaking style and minute details so that he could live the character of the don more graphically and convincingly on the screen. 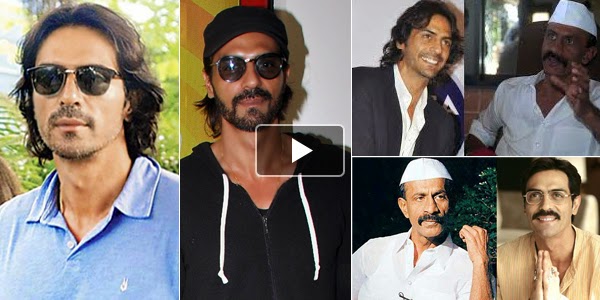 Rampal like an obedient and law abiding citizen thus met the police and candidly confessed about his meeting with the don. The actor recorded his statement at Additional Commissioner of Police (South Region) office, in Mumbai.

Speaking about his meeting Arjun Rampal told the police that he had visited Mumbai’s JJ Hospital to survey the location for his upcoming movie DADDY, in which he plays Arun Gawli. He said, “While I was examining the JJ hospital location, somebody informed that Arun Gawli was in hospital so I decided to meet him.” He continued, “When I reached, Arun Gawali welcomed me at the gate of his ward and we spoke for about 10 minutes.” The police recorded his statement and let me go.

It may be noted that Arjun is so obsessed by the role that he has even reduced weight. In an interview he said, "Arun Gawli is a thin guy. Hence I have to lose a lot more weight to play his character.”

“Especially when you're doing a true story and you want to do it correctly, you have to match the physicality of it as well," he quipped.

Posted by Unknown at 9:50 PM No comments:

Ramesh Sippy’s SHOLAY is truly a money spinner because from the time it was released, forty years back in 1975 till date the movie continues to regale audience and mints money to its producers.

After being re-mastered into 3-D version, it was renewed into a comic series and then gain it was redesigned into an animated TV serial SHOLAY ADVENTURE, which has become a craze for kids on Pogo TV.

Now once gain SHOLAY is back in news and this and time the movie is being officially released in Pakistan! 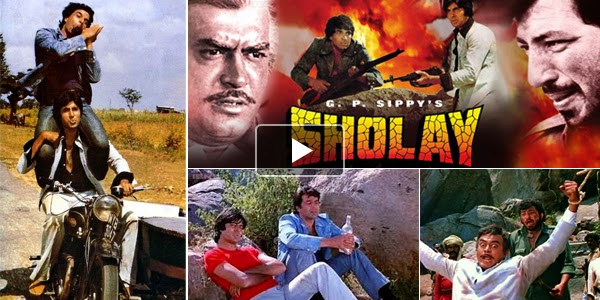 According to reports, a Pakistani businessman Nadeem Mandviwalla, owner and managing director of Mandviwalla Entertainment has acquired the rights to release the SHOLAY in Pakistani theatres.

Briefing the media, Nadeem Mandviwalla, said, “SHOLAY is a classic and iconic film, though it has been seen by ever second Pakistan but most have watched its pirated version hence the appeal of watching the magnum opus on the wide screen will surely excite the audience.” He added, “Further the movie’s biggest draw is Amitabh Bachchan, who is the darling of millions of Pakistanis.”

Mandviwalla seems to be an astute film producer. He has taken all care to make SHOLAY a blockbuster in Pakistan.

Beginning from its release date to releasing the movies in theatres he has done all his calculation intelligently. He has cleverly chosen to release the film on March 20,(Friday), which is the public holiday. In addition the week also has another public holiday on March 23, on account of Pakistan Day; hence Mandviwalla is expecting a good windfall of money.

Another brilliant marketing style adopted by Mandviwalla to make the movie gross money is that he will be releasing the movie at more cinemas but (with) fewer shows. This will help in drawing more people to cinema houses with word of mouth publicity.

And last but not the least Mandviwalla is releasing SHOLAY in both its version i.e. 2D and 3D. Mandviwalla says, “I am taking no chances in making the movie a blockbuster in Pakistan. Hence I have opted for both versions, because probably the younger version may be interested in watching the movie in the latest 3-D version, while the older generation may prefer the 2-D version.”

SHOLAY is an all time hit and was India’s First 70 MM (Wide Screen), Stereophonic Sound and having biggest Multi Starrer cast. It had top five actors coming together like Sanjeev Kumar, Dharmendra, Amitabh Bachchan, Hema Malini, Jaya Bhaduri and Amjad Khan, the sensational discovery, who proved the ace among the stars.

Posted by Unknown at 9:28 PM No comments: