According to buzz the extremist Hindu wing VHP (Vishwa Hindu Parishad) has raised eyebrows alleging the movie is anti Hindu and would hurt the sentiments of Hindu brethren around the globe.

In a complaint lodged by VHP activist Sathyamurthy to Chennai Police Commissioner, the movie UTTAMA VILLAIN, portrays super star Kamal Hassan playing an atheist, who mocks Hindu ideology and its belief. Hence Sathyamurthy has alleged the movie will send a wrong message among the Hindu community and must be banned. 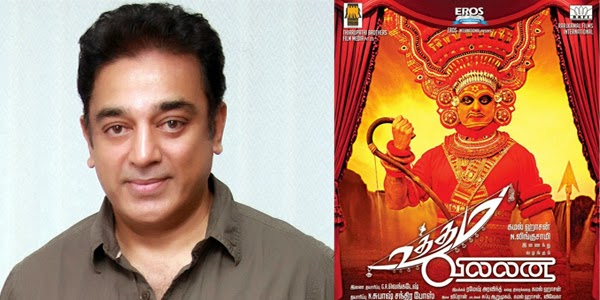 Besides this Mr. Sathyamurthy has also allegedly pointed out many more things in the film that belittles the sacred Hindu religion. For instance the film contains some controversial dialogues which might not go down well with the Hindus; Lord Vishnu's avatar's has been insulted and the song Iraniyan Nadagam…., about the disparaged conversation between Prahalad and Hiranyakashipu too might hurt the sentiments of Hindus.

Reacting to the ban Kamal Hassan said, “I feel I'm always targeted. It has happened in the past too. For instance, people objected the title of my film 'MUMBAI EXPRESS'. They said the title wasn't in Tamil, but what's the Tamil word for Mumbai? In an earlier case, they didn't let me name one of my films 'SANDIYAR'. Even my film VISHWAROOP had faced a ban after certain Muslim outfits objected to the allegedly negative portrayal of Muslims in the film.”

While the VHP has demanded a ban on the film what is most interesting is that the censor board has cleared Kamal Haasan's UTTAMA VILLAIN with a clean U Certificate!!! The movie will release on May 1

Posted by Unknown at 3:26 PM No comments:

‘Controversy’ and Salman Khan go hand in hand. The DABANGG star already undergoing mental trauma in the hit-and-run case (2002) being conducted on day to day basis in Mumbai, has yet again landed himself in a fresh trouble in a case of assault and robbery!

According to reports the Andheri Metropolitan Magistrate Court has passed orders to issue FIR against actor Salman Khan for allegedly assaulting and seizing important documents from an activist of Akhil Bhartiya Bhrashtachar Nirmulan Samiti in November 2014 while boarding a flight in Mumbai. 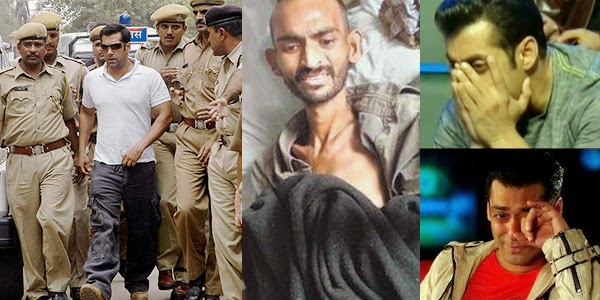 The victim Ravindra Dwiwedi, a member of Akhil Bhartiya Bhrashtachar Nirmulan Samiti in his complaint has alleged that on November 4, 2014, when he was boarding Jet Airways flight 9W331 to Delhi Salman Khan assaulted him on a little quarrel and his bodyguard seized some very important documents related to eminent BJP leader Gopinath Munde’s death that he possessed.

An elated Dwivedi at the judgment of the magistrate briefing the media said, “I feel relieved because when I had approached the airport police to file a FIR against Salman Khan they had refused to register a case. However now I am satisfied of getting justice as the court has passed orders to register a FIR.

Magistrate AD Lokhande in his order has ordered the airport police to register an FIR under causing hurt (IPC section 323), insult with intention to provoke breach of peace (IPC section 504) and criminal intimidation (IPC section 506) and robbery (IPC section 392 ) against Salman Khan in the matter.

R C Nagbhire, senior police inspector, Airport police station, said, “We have received the orders and the court papers. We shall be registering the case against Salman Khan and his associates after which a thorough inquiry shall be conducted and further action taken.”

Posted by Unknown at 3:12 PM No comments: