Gone are the days when Bollywood was a butt of criticism; today the charm of Bollywood is such that it has not only mesmerized actors and filmmakers across the globe but even the Royal King of Dubai is capitalizing on its universal popularity!

According to reports Dubai’s ruler Sheikh Mohammed bin Rashid Al Maktoum is constructing ‘Bollywood Theme Park’ called ‘Bollywood Boulevard’ in Dubai, a first of its kind that will a unfold glamour and extravagance of Bollywood for the residents and tourists 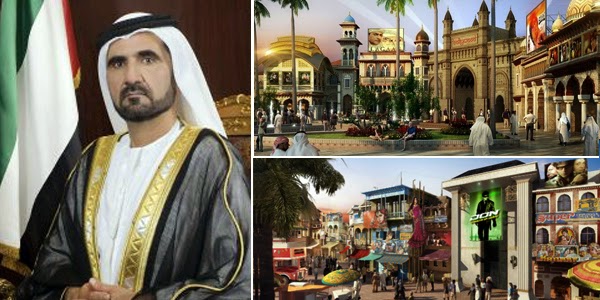 Dubai Parks and Resorts, the Meraas Holding Company developing the emirate’s mega theme park project informed that the park is located in Jebel Ali between Dubai and Abu Dhabi. Raed Al Nuaimi, chief executive of Dubai Parks and Resorts briefing the media said, “The cultural effect and appeal of Bollywood is universal with a global fan base of over three billion people. Further to give the theme an authentic look of Bollywood we are working with major film studios in Mumbai to capture the essence of Bollywood mantra.”

Besides Sheikh Mohammed bin Rashid Al Maktoum, popular Bollywood actors Aamir Khan, Shah Rukh Khan and Arbaaz Khan are also associates in the projects. “I am happy to be associated with Bollywood Parks Dubai, a first-of-its-kind endeavor to recreate the magic of Hindi cinema outside of Mumbai,” quoted Aamir Khan.

Shah Rukh Khan, owner of Red Chillies Entertainments, said, “The UAE is a cultural potpourri. Not only non-resident Indians but Emiratis, Arabs and people from other Asian countries living here are ardent Bollywood fans.”

In nutshell ‘Bollywood Boulevard’ will take the visitors to the delightful fantasy that they get to experience on the silver screen.

With demise of ‘Kathak Legend’ Sitara Devi at the ripe age of 94, the dancing world lost its greatest Kathak Queen. Mourning her death Bollywood superstar Amitabh Bachchan lamented, “The death of Sitara Devi is very sad. She was a legendary classical dancer, vibrant, and filled with the essence of rhythm and movement".

Born in early 1920 in a Brahmin family, Sitara Devi inherited the dance form from her father, Sukhadev Maharaj, a Kathak performer and teacher. However in those days girls performing dance were looked down and labeled as prostitutes. However her father encouraged her to continue citing example of Radha dancing for Lord Krishna. Thus for, Sitara Devi, Katha was spiritual and devotional. 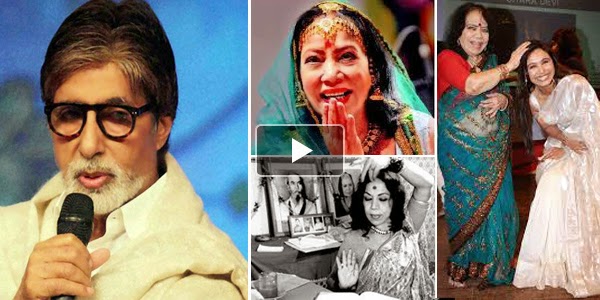 Though the society discarded her initially as a prostitute but her confidence was boosted when Nobel laureate and great freedom fighter Rabindranath Tagore bestowed her with the title of ‘Nritya Samragini’ or ‘Kathak Queen’ of the India.

She taught her Kathak style to some of the Bollywood film celebrities such as Madhubala, Mala Sinha, Rekha, Kajol and many more.

Eminent choreographer Saroj Khan praising the Kathak dance of Sitara Devi, on her demise mourned, “Kathak is an important dance form in Bollywood and it was Sitara Devi, who gave a momentum to this form in cinema. Today we do see actresses performing Kathak but its purity is missing. The purity was visible when Sitara Devi used to dance.”

Mourning her death India's Nightingale Lata Mangeshkar tweeted “I feel profound grief upon hearing of the demise of famous dancer, performer and singer Sitara Devi. May god bless her soul.”

PM Narendra Modi too recalled her rich contribution to Kathak.

She has awarded with the Sangeet Natak Akademi award in 1969, the Padma Shree award in 1973, Kalidas Samman award in 1995 and Nritya Nipuna award. She has awarded for performing at the Royal Albert and Victoria Hall in 1967 and for prestigious Carnegie Hall, New York in 1976.