Is underworld Don Dawood Ibrahim’s son being brought up in Bengaluru?

It may come as a shock but if one is to believe former Delhi Police Commissioner Neeraj Kumar than according to his latest book ‘Dial D for Don’ notorious underworld don Dawood Ibrahim’s son born out of a Bollywood actress is secretly being brought up in Bengaluru, in India!!!

Neeraj Kumar, who claims to have interviewed the Don three times, in his books makes mention about the clandestine affair of a Bollywood actress with Dawood and the couple had a son, who is presently being brought up by the actress’s sister in Bengaluru. While the books escapes from revealing the name of the actress yet it claims that the child born out of the wedlock of Dawood and the actress is 18 years. 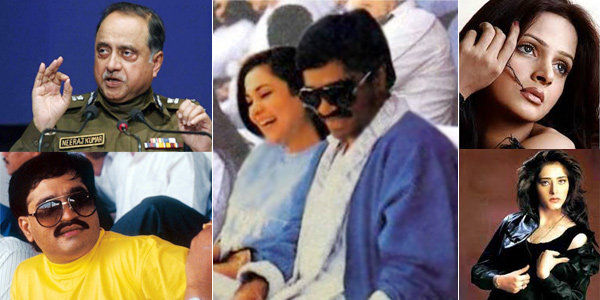 Ever since the news has been leaked speculations are ripe that the actress in question must be Raj Kapoor discovery Mandakini, whom he introduced in his film RAM TERI GANGA MAILI (1985) when she was exactly 16 years.

After this she did one or two films which bombed at box office and was next seen with don in Dubai during cricket matches in Sharjah and rumor mills were abuzz about their relationship and reportedly of a son.

But the question is - if Dawood must have married Mandakini even in 1990 and they must have had a son in 1992 / 1993 then the boy must be about 21 or 22 years and not 18. Hence the boy being brought up in Bengaluru is not of Mandakini but instead of some other unsung actress.

Neeraj Kumar mentions in detail the lavish lifestyle of Dawood and his weakness for women in the book. He writes, “Dawood has a passion for sex and women. Every night he entertains himself partying with friends watching mujras (soirées musicales) and pays high sum for women (he prefers Asian women, usually virgins) to quench his sexual hunger.”

Among his Mistress are many film actresses from Bollywood and Pakistan film industry the book claims.

The social media is abuzz with Thala Ajith’s Diwali release VEDALAM. The movie has broken all box office records and has earned a whopping Rs 50 Crore in Tamil Nadu alone in its first week!

In addition the movie is doing brisk business in International markets. What’s more with back to back hit in 2015 i.e. YENNAI ARINDHAAL and VEDALAM and a series of uninterrupted hits like ARRAMBAM (2013) and VEERAM (2014) Ajith fans on social media are so excited that many have began crowning him as the next Rajinikanth of Tamil Nadu cinema but the million dollar question is - Can any star ever come close to the charisma and allure of the great Thalaivar Rajinikanth? 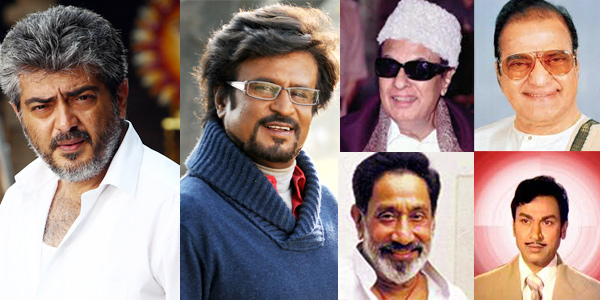 True Thala Ajith is a dashing and handsome actor who during his long spell of 23 years in South Cinema has made a dint for himself and has won the hearts of millions of cinegoers but the fact remains that no matter how many hits films he may give, he can never touch the dizzy heights of popularity achieved by Thalaivar Rajinikanth.

Reason is simple actors like Rajinikanth are born once in a blue moon. They are the choicest gift of Almighty to mankind hence they are ‘special’ and every action of there is backed by the Lord. Remember Rajinikanth’s hit film ARUNACHALAM dialogue "Andavan solran. Arunachalam seiran" (God commands, Arunachalam acts!)

Like Rajinikanth history has witnessed few more exceptional actors like Sivaji Ganesan, N.T. Rama Rao, M.G.Ramachandran, Dr. Rajkumar, Kamal Haasan etc or down in Bollywood actors like Dilip Kumar, Raj Kapoor, Dev Anand, Sanjeev Kumar, Amitabh Bachchan etc. All these actors are one of their kind; who have no equals and shall never have an equal as they are all prodigies of Almighty God!

Thus whether it’s Ajith or Vijay none can ever equal the genius of Rajinikath - He is the ’King’ and shall remain the ‘King’!!! 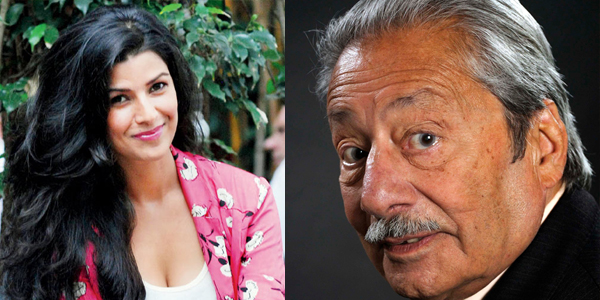 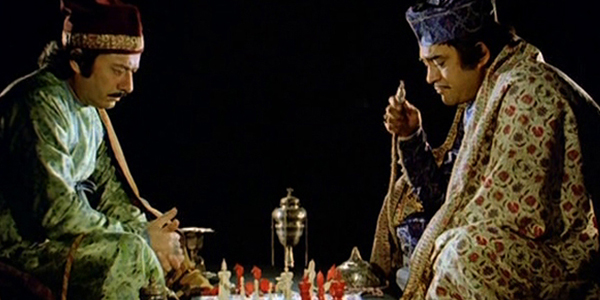 Raaga.Com pays our humble tribute to the actor par excellence and pray his soul rest in peace in Heaven!
Posted by Unknown at 8:11 AM No comments:

A music video Mera Desh Hai Mahan, Mera Desh Hai Jawan (My country is great and young) glorifying the achievements of Prime Minister Narendra Modi has drawn strong criticism from many film veterans and the society.

The video being played countrywide at cinema halls during interval of the Salman Khan’s hit FILM PREM RATAN DHAN PAYO is made by Chairperson of the Central Board of Film Certification (CBFC), Pahlaj Nihalani and is looked upon by many as a mere flattery to appease Narendra Modi!

It may be noted that Pahlaj Nihalani is known to be a BJP and Narendra Modi ‘Bhakt’ (Devotee) and has been responsible for making the video Har Har Modi, Ghar Ghar Modi during the last year’s general election, which fetched Modi a thumping victory. 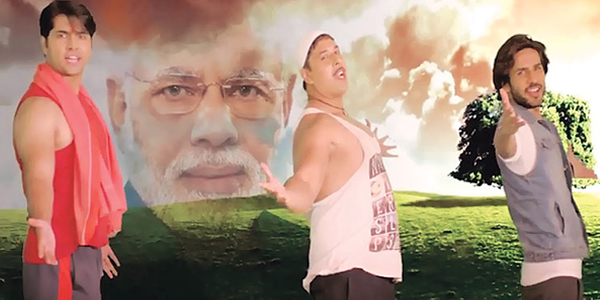 Hence his opponents allege due to his favor he was awarded the Chairperson post of the Central Board of Film Certification (CBFC) and now it is rumored that since BJP has lost shamelessly in Bihar and Delhi, hence Nihalani has yet again made a video to give a boost to Narendra Modi’s fading image and a thumps to BJP.

However the video is being dubbed as “an obscene form of flattery” by some within the film industry.

Eminent film wizard Shyam Benegal sarcastically flaking Chairperson of the CBFC, Pahlaj Nihalani said, “Isn’t the Information & Broadcasting Ministry supposed to take care of the publicity of the Prime Minister and the government? The censor board’s chairperson is doing that!” Mukesh Bhatt, filmmaker and President of the Film and Television Producers Guild of India too condemned the video. In his statement he said, “How blatant, obscene and jarring can this get? There has to be at least some sanctity of the chair a person holds.”
Posted by Unknown at 1:16 AM No comments:

(You’ll become neither Hindu nor Muslim

You are the child of a human; you’ll become a human)

This song from Yash Chopra’s hit film DHOOL KA PHOOL captures the essence of Indian cinema, where religion, caste and hatred has no place and all live in harmony.

Amitabh Bachchan, who inaugurated the Kolkata International Film Festival (KIFF), in his speech, emphasized on this core value of Indian cinema, in connection to the growing intolerance in the country. He said, “Since the inception Indian cinema has preached communal harmony and brotherhood through its movies.” 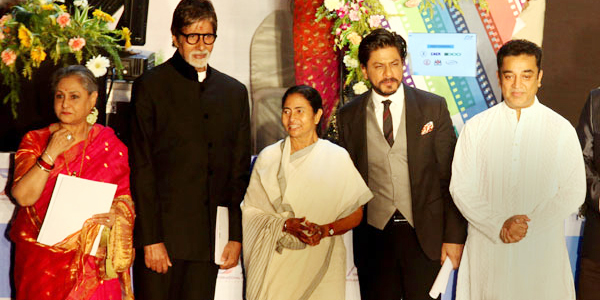 He added, “Today when the nation has gone haywire and cultures are being questioned and prejudices against communities dividing the world I think it is important to take lessons of equality and cultural diversity from Indian movies.”

Recalling Nobel laureate Rabindranath Tagore’s poem ‘Where the Mind Is without Fear’ Bachchan called upon to remember the lines:

Where the world has not been broken up into fragments; By narrow domestic walls…. thus signifying that ‘Mother India’s love is unconditional for every citizen and holding together India’s diversity and the spirit of equality is our duty.”

Though the nation may have got carried away by the communal hatred speeches of fundamentalist leaders and politicians but Indian cinema has never lost its roots.

Be it Bollywood or regional cinema a look at Indian movies reveals that Indian filmmakers have always abided by Tagore’s vision of a united and secular India. 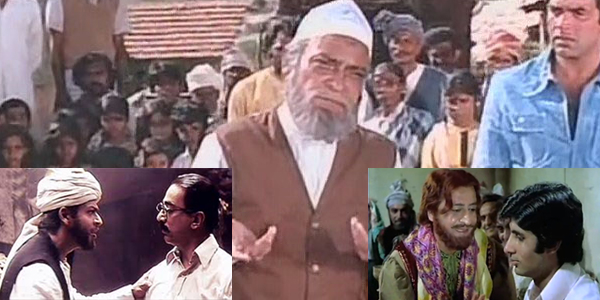 Hence the lead character in most films may be Hindu but he is always supported by a loyal friend, mostly a Muslim, who is ready to sacrifice his life for his Hindu friend.

Remember the devoted Pathan, Amjad Ali Khan (Played by Shah Rukh Khan) in Kamal Hassan’s HEY RAM (2000) who sacrifices his life to save Hindus on the eve of the Partition of India, 1947 or Sher Khan (Played by Pran) in ZANJEER (1973), who comes to the rescue of his friend Vijay (Amitabh Bachchan) or the emotional character of the blind Rahim Chacha (Played by A.K.Hangal), in SHOLAY (1975) who instead of shedding tears on the death of his young and only son calls upon the villagers to fight the dreaded dacoit Gabbar Singh.

In nutshell the nation really seeks to take lesson on communal harmony and brotherhood from films as suggested by Mr. Bachchan.
Posted by Unknown at 12:55 AM No comments: