Aditya Pancholi displays his darker side yet again!

Bollywood stars in India are meted out regal treatment. They are equated as Demi-Gods at many places. Hence it is no wonder that this adoration makes some of them haughty and arrogant. Over the years there have been multiple examples when Bollywood stars swayed over their ‘Star Status’ displayed their darker side thus shaming the film industry.

Recently notorious Bollywood actor Aditya Pancholi, known for his arrogance and wild rage, once again tinted his image when he indulged in a shameful brawl at a plush nightclub on Saturday night in Mumbai.

According to Padmakar Chavan, senior inspector, of Santacruz police station Aditya Pancholi, created hooliganism at Trilogy Pub at Hotel Sea Princess located at Juhu Tara Road and was arrested for his ugly act. 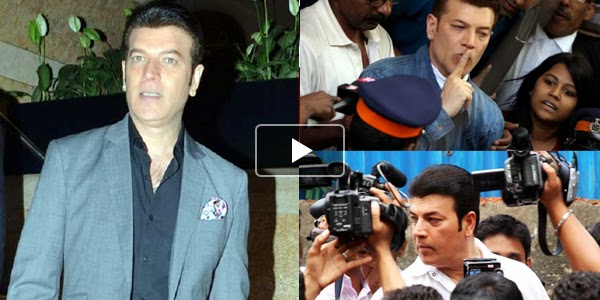 Briefing media Padmakar Chavan said, "At about 12.45 am, Aditya Pancholi, under the influence of alcohol indulged in a scuffle with the DJ of the pub, who had turned down Pancholi’s request to play Hindi song.”

“Angry at the DJ, Pancholi allegedly hurled abuses at him. To prevent the brawl the bouncer Mandar Patole (29) tried to intervene, however Pancholi in a fist of fury smashed his head with his mobile handset and created lot of ruckus and damaged the counter at the pub,” informed Padmakar Chavan.

Readers may recall that Aditya Pancholi had created a similar awful scene in an airplane when he was traveling from Mumbai to Goa. The plane was scheduled to leave Mumbai in the evening but had to cancel its flight due to rough weather. However this irked Pancholi so much that Pancholi not only fought with the crew members and co-pilot of the flight but even abused the airline’s management.

Likewise his infamous brawl with the journalist at actress Jiah Khan's funeral is quite known.

Only last week cricketer Virat Kholi had displayed his darker side riding high on the power of his star status.

It is high time that these celebrities, who easily gain bail must be punished sternly so that they try to valve the law of the country and learn to walk on earth rather than fly on sky nine!
Posted by Unknown at 6:24 PM No comments:

These lanes, these alluring whore houses,
These plundered caravans of life,
Where, o where are the preservers of pride!

Those who’re proud of the orient, where are they?

What soul stirring words and what a potent decry about the plight of the prostitution and the hallow pride of the national makers! 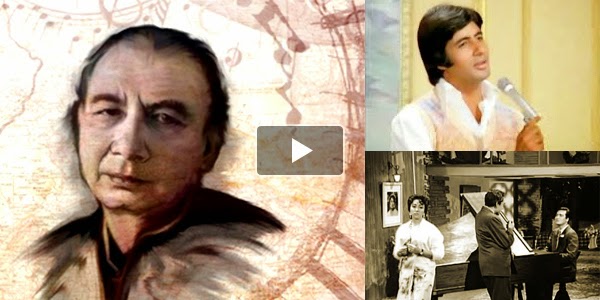 These hard hitting words are of Indian cinema’s most brilliant and probably the most popular and highest poet SahirLudhianvi, the same lyricist whom the younger generation remembers for his immortal hit song kabhi kabhi mere dil mein khayal aata hai… picturised on heartthrob of millions Amitabh Bachchan in Yash Chopra’s KABHI KABHI.

8 March marked the birthday of the great lyricist but tragically the nation had no time to remember the great poet! Probably Sahir knew the pulse of the generation hence he not only wrote songs that pierced like bullets into the hearts of music lovers but he had sarcastically predicted in advance about how with passing phase he will be forgotten. Hence he wrote …

Sahir’s madness for the poetry and his nation was so touching that for the sake of poetry he never married for he believed that besides love there are many more things in this world for which he is born. Hence he rightly wrote ….

(In a world besieged by hunger and poverty,
Love cannot be the only reality,
if you wish to shut your eyes to this, so be it,
My heart goes out to others too).

SahirLudhianvi wasn’t merely a revolutionary poet, but a poet sensitive to the human condition, hence he was fondly called People’s Poet.

Raaga.Com pays our humble homage to the majestic poet!
Posted by Unknown at 11:43 AM No comments: