Amitabh Bachchan may be the most cherished actor of the millennium but more than his acting prowess his golden baritone is his biggest asset that adds new dimension to his personality.

In fact it was his baritone that gave him an entry into Indian Cinema when Bachchan made his film debut in 1969 as a ‘Voice Narrator’ in Mrinal Sen's National Award winning Hindi film BHUVAN SHOME. 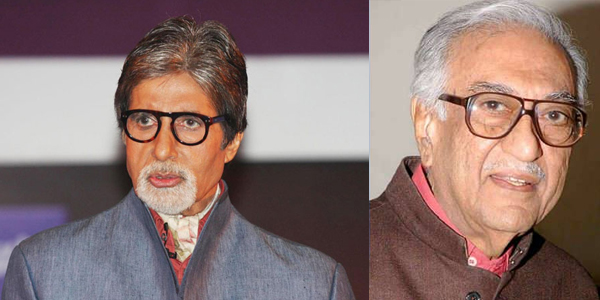 However what is interesting is that Amitabh Bachchan was rejected at All India Radio (AIR) as announcer and the person who rejected his voice was none other but the eminent Radio announcer Ameen Sayani, because whenever Bachchan came at the studio to seek job, he was so busy that he could never hear his audition.

Many years later when Bachchan became a star, Sayani invited Bachchan at the annual ceremony of a RJ Training Institute event to grace as chief guest. At the event Ameen Sayani spoke high about Bachchan’s baritone.

However when Bachchan stood to speak Sayani was in utter embarrassment because it was hear that he came to know that the person whom he rejected was Bachchan after Bachchan shared his tragic tale how he was discarded at AIR!

(It is good that I did not pass in the audition or else my job as narrator at AIR would have been in a risk!)

Posted by Unknown at 4:32 AM No comments:

Aamir Khan and Salman Khan involved in an ugly quarrel?

However in a stunning exposure published in a leading daily national newspaper Salman Khan and Aamir Khan did had an ugly quarrel during a party that was held at Aamir Khan’s residence in Bandra, prior to Aamir Khan starrer DANGAL’s shooting commencement.

If the report is to believed it claims the party begin on a healthy note with Aamir Khan and Salman Khan sharing quality time and the DANGAL star admiring the PREM RATAN DHAN PAYO star to the sky for his brilliant performance in BAJRANI BHAIJAAN. 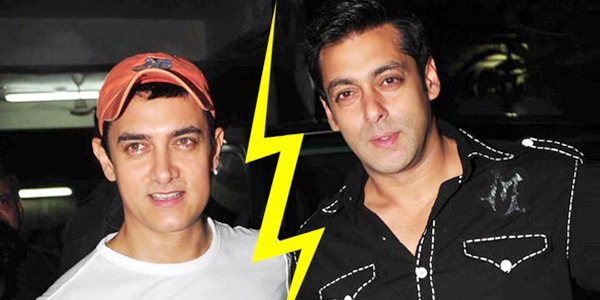 However what began as a cordial conversation between the two stars soon turned ugly when Aamir Khan began pinpointing Salman Khan his mistakes and his wrong choice of films in the beginning of his career.

It seems during the conversation Aamir Khan bluntly criticized Salman for not being mature during his early phase or else he would have some really brilliant films to look back.

Until now Salman Khan had not lost his temper but had just began showing signs of resentment when Aamir added salt to his injuries claiming that Salman had a easy ride in his career because he never bothered about story or screenplay of the movie nor toiled hard on his acting because the audience applauded him for his chocolate looks and muscular build!

Salman Khan, known for his arrogant nature and short temper, obviously, could not digest the harsh reality of Aamir Khan’s words and is supposed to have hit back at Aamir Khan.

Lambasting Aamir Khan, Salman confessed that he may not been working hard but unlike Aamir Khan, he has the ethics to give credits to the directors and writers of his films. He also called Aamir a Fake!!!

Posted by Unknown at 4:21 AM No comments: