‘Khiladi’ Akshay Kumar the daredevil actor known for his spectacular stunts has now translated his stunning stunts into dance. If you don’t believe watch Akshay Kumar’s show DARE 2 DANCE on Life OK channel that depicts dancers dancing not on floor but performing at unimaginable and risky scenarios on heights, fire, water etc leaving the viewers dumbfounded! 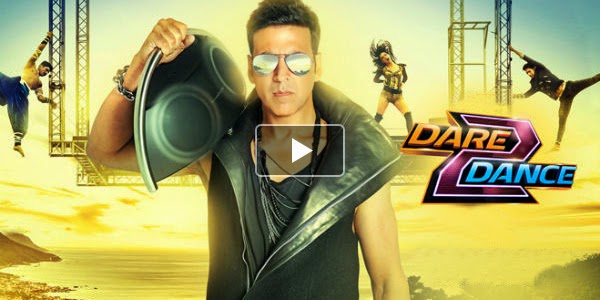 Akshay Kumar is so excited about the innovative show that he believes the exceptional idea of amalgamation of dance and stunt might be adapted world over. Speaking to media he said, “The show DARE 2 DANCE is the first-of-its-kind show in the world. I'll be very proud if somebody from the international world calls up the channel's team to say 'We want to buy the rights of this show'. I'll honestly be very proud."

Readers would be surprised to know that unlike the other anchors in reality shows, Akshay Kumar will not be just anchoring the show standing on stage; instead he will be seen performing dangerous dancing stunts along with the contestants too!

Ajit Thakur, executive vice president and general manager, Life OK, confirmed that Akshay Kumar has done amazing edge of the seat dancing stunts. He said, “We had roped in Akshay Kumar to anchor the show but interestingly he has played a stuntman, dancer, creative director and he even rapped for the title song.” He added, “Viewers will be in awe watching Akshay’s mind blowing dancing stunts, particularly the underwater, ice-skating and in mid-air." 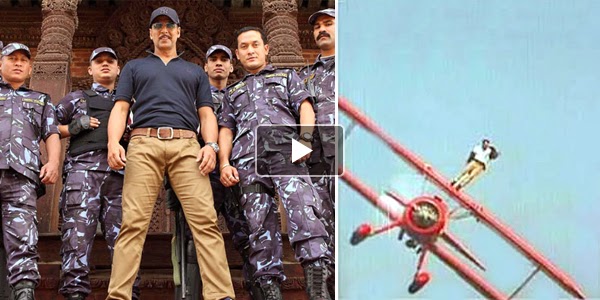 It may noted after KHILADI 420, Akshay Kumar had quit shooting dare devil action scenes but in 2012 he returned to his original action hero image with KHILADI 786.

Speaking about being back as action hero Akshay Kumar said, “I am always referred to as Khiladi Kumar and I like being referred to by that name. It has stuck to me for the last over 20 years. He added, “It is a great thing to return to action. It's my love. I have been in this industry because of action. Action is what I am. Because of action, I am here.”

September 9, marks the birthday of Akshay Kumar; Raaga.Com wishes him birthday greetings and hope he continues entertaining and performing amazing stunts for generations to come.

Posted by Unknown at 1:55 PM No comments:

After Aamir Khan created ripples by posing semi nude in the poster of his upcoming movie PK, his arch rival Shah Rukh Khan has taken the nation by storm by sharing his sensational pictures exposing his chiseled body and eight pack abs on Twitter. The pictures shared by SRK are from his forthcoming movie HAPPY NEW YEAR, directed by Farha Khan.

According to an insider, who has already seen the rushes of the film has revealed that the pictures shared by SRK are from the opening scene when Shah Rukh Khan makes his entry in the movie. According to the insider this is perhaps’ Shah Rukh's sexiest entry scene ever seen in any movies till date and is bound to make his fans go crazy. 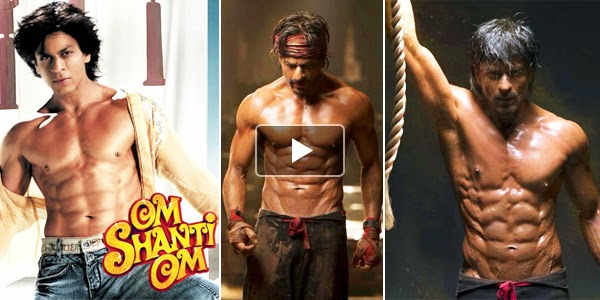 It may be noted that this not the first time SRK has flaunted his packs. Earlier Farah Khan, who is also directing HAPPY NEW YEAR had worked on SRK’s body and was successful in exposing SRK’s six pack for OM SHANTI OM. However with Bollywood changing norms and six packs ab taking a back seat, Farah Khan has developed Shah Rukh Khan’s eight packs for the movie.

In the twitter SRK thanked Dabboo Ratnani for the excellent pictures.

Shah Rukh's look from the still has set temperatures rising and it definitely has definitely generated a firy expectation from the film.