Bollywood celebrities have always been trolled either for good or bad and this time it is again with none other than our very own beauty queen Priyanka Chopra. She is the latest, she has been trolled for her alleged air-brushed Maxim India double issue cover photo and looks like she has taken criticism on the chin. 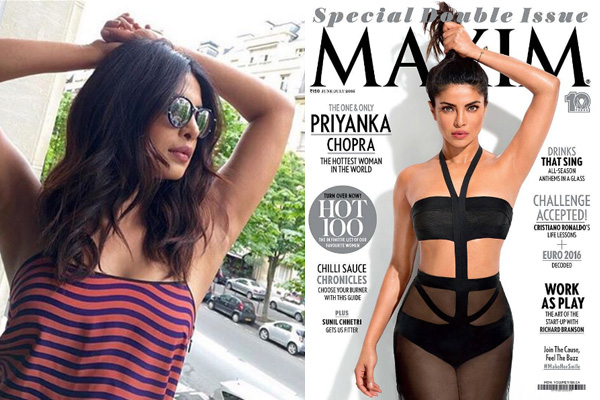 Trollers wanted to know if her armpits were as perfectly smooth as seen on the cover of Maxim magazine. Without much hassle Pee Cee has helpfully provided another picture of said body part. She took to her Instagram page to share a new picture that revealed her armpits to a bustling street in Paris, where she is currently holidaying.

Priyanka is currently an international face and her Maxim cover was discussed with interest on Twitter from the past few days. On career basis, Priyanka Chopra will soon be seen in her first Hollywood film 'Baywatch'.
Posted by Unknown at 3:11 AM No comments:

Controversy's favourite child, Salman Khan has yet again landed himself in trouble, by earning the wrath of India's National Commission for Women and the general public - for an insensitive statement he made to the media while promoting his upcoming movie ‘Sultan’ on Monday. 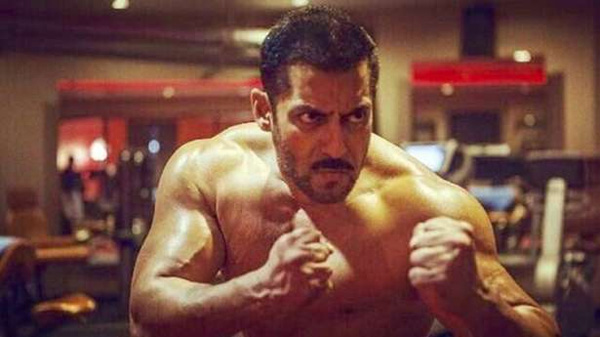 The 50-year-old actor said that in 'Sultan' he had to fight with persons who were weighing 120 kilos, and added to quote that, "When I used to walk out of the ring, it was actually like a raped woman walking out, I couldn’t walk straight." Lalitha Kumaramangalam, the head of NCW has slammed the comment as "irresponsible and careless" and said the actor has been sent a letter demanding an explanation failing which he would be summoned before them.

While Salman was not available for comment, his father Salim Khan took to social media and stated "Undoubtedly what Salman said is wrong, the simile, example and the context. The intention was not wrong. Nevertheless, I apologize on behalf of his family, his fans & his friends. Forgiveness is to pardon the unpardonable, or it is no virtue at all".

'Sultan', directed by Ali Abbas Zafar, has Salman playing the role of a wrestler, along with Anushka Sharma.

Posted by Unknown at 2:14 AM No comments: