Rs 1 Lakh award to ‘Slap’ Aamir Khan…Isn’t this the height of Intolerance in India?

Ever since Aamir Khan spoke his heart out on the growing intolerance in India he has become a butt of criticism. After outrageous remarks, labeling him of being Anti-Indian, protests outside his house, burning of his effigies; the latest in the series is the appalling announcement of Rs 1 lakh award to anybody who dares to slap Aamir Khan!!!

Of course the award is announced by none other but the radical Hindu outfit Shiv Sena, an ally of ruling BJP in Maharashtra, who is known for being frontrunner in trouncing the image of any Muslim celebrity mired in any controversy.

Interestingly not long ago renowned an ndian historian, Romila Thapar peeved at growing intolerance in India had made a sensational remark condemning extremist group and boldly targeted politicians for pampering these extremist forces to create disharmony in the country. 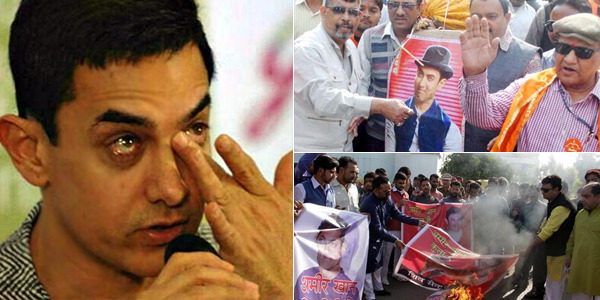 In her remark she bravely lambasted, “We are now a society that fears the terror of extremist groups. They are terrorists, their function is to evoke terror and spread fear in various communities by killing and threatening people, while their patrons in mainstream politics protect them.”

The statement is really daring as it openly calls the extremist forces as ‘Terrorists’ and clearly declares India as ‘society of fear’!

But what is worth underling is that despite such an audacious statement Romila Thapar went sought free, while poor Aamir Khan, who did not even talk of intolerance nor used the word 'religion' became target of being Anti-Indian and now rewards are being announced to slap him!!!

Further what is perplexing is that on one hand the BJP and its allies deny the existence of intolerance in India; on the other hand, daily an instance of growing instance crops up and becomes a heated debate on electronic media and print. Open any newspaper or switch any news channel and one is subjected to abysmal debates on increasing radicalism and declining secularism.

Indeed the situation is worth pondering and with the ugly Aamir Khan’s episode and no action being taken against such extremist forces it appears all efforts of Prime Minister Narendra Modi is going in drain.

If the fringe forces of the BJP allies keeps hijacking the secularism of the country than how can foreign nationals invest in a country that is intolerant?

When the nation is still fighting communal rivalry and finding solace in petite matters like humiliating iconic figures like Aamir Khan than how do we expect India to compete with developed countries??? 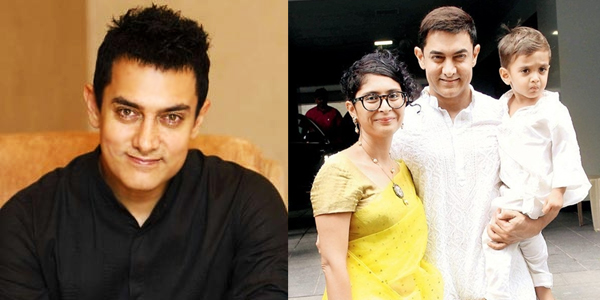