Katrina Kaif to romance with Mega Star Rajinikanth in ROBOT 2?

The rumor mills are abuzz that South film wizard Shanker is in talks with Bollywood’s ‘Numero Uno’ actress Katrina Kaif to romance with South Sensational Superstar Rajinikanth in his next film ROBOT - 2 (Enthiran 2), the sequel to Shanker’s 2010 super hit ROBOT.

Shanker who is known for casting a top Bollywood actress in his movies to tap the North belt - remember Aishwarya Rai Bachchan in ROBOT and Sonakshi Sinha in LINGAA, has approached Katrina Kaif in ROBO 2 and is also in talks with another Bollywood beauty Deepika Padukone as ROBO 2 has two heroes - Rajinikanth and South sensational Vikram, who will play the main antagonist in ROBOT 2, the role turned down earlier by Mr. Perfectionist Aamir Khan.

It may be noted this is not the first time Katrina Kaif has been approached to play female lead opposite Rajinikanth. 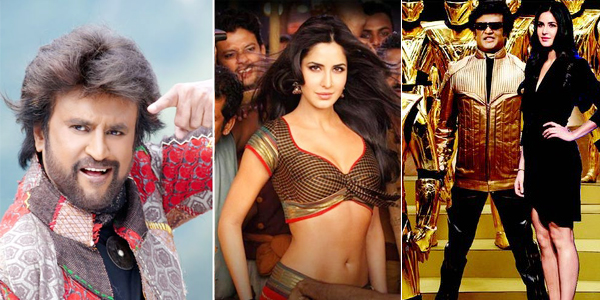 Readers may recall Katrina Kaif was earlier approached by Rajnikanth’s daughter Soundarya for her film KOCHADAIYAAN but she could not fulfill her craving of working with her dream hero Rajinikanth because of her hectic schedules in Bollywood.

In an interview Kaif had lamented the grief of not being able to work with her favorite superstar Rajinikanth.

She had said, “Rajinikanth sir’s daughter Soundarya was consistently following me to give a nod for her film. I too was quite excited as working with Rajni sir is a great honor and my intense dream but alas as I was tied up in foreign locations like Havana, Cuba, working with Salman Khan for director Kabir Khan’s EK THA TIGER, hence I lost the golden opportunity.”

“Nevertheless it’s not the end of the road. Rajinikanth sir and I will work together in the near future on something else, for sure. Fingers crossed, “she had hoped positively.

It seems her dream has turned true and the audience is dying soon to see the magical Jodi of Rajinikanth and Katrina Kaif ablaze the screen.

‘Emperor of Film Music’ M.S. Viswanathan was above Padma awards!

Termed as Mellisai Mannar i.e. ‘King of Light Music’ a title conferred upon him by the legendary superstar Sivaji Ganesan, the Prime Minister, Shri Narendra Modi paying homage to the veteran music composer lamented, "The unfortunate demise of Shri MS Viswanathan is a major loss to music lovers. People across generations enjoyed his compositions. When it came to music, Shri MS Viswanathan was always ahead of his time.”

While the PM Narendra Modi condoled MS Viswanathan’s death and termed him as veteran music composer readers would be surprised to know that despite being the pioneer in South film music and an original composer like the Bollywood Music Monarch Naushad Ali, it is a tragedy that the Indian government never found him suitable for any Padma Awards. 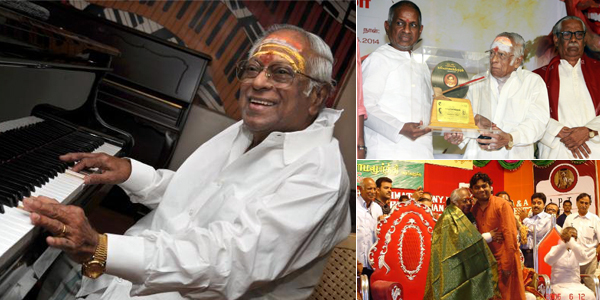 Incidentally Naushad Ali, his counterpart in Bollywood, was not only bestowed with Padma Bhushan award but was also honored with Dadasaheb Phalke Award, the greatest honor in contribution to cinema.

What may stun readers more is that Naushad Ali himself was an avid admirer of MSV’s music compositions and in the 50’s when Naushad was flooded with offers he would recommend producers to approach MSV to share his burden!!!

Mourning M.S. Viswanathan’s death and MSV being deprived of the prestigious Padma award, Tamil Nadu Chief Minister J Jayalalitha in her condolence message to the exceptional music director regretted the government of India’s indifferent attitude towards the immensely talented MSV. 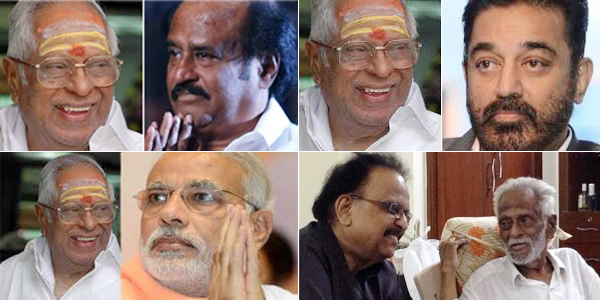 She informed, "I have been recommending with the Centre since 1991 that he be presented with the Padma award but the Central governments did not paid heed. However after the centre ignored in 2012, I presented MSV with a new title Thirai Isai Chankravarthi (Emperor of Film Music).”

What is worth pondering is that the Padma Awards are overly-politicized, which is why people with less competency win it, while the deservedly remain ignored. Hence if MSV is given the Padma Award (Posthumously) I think, his soul would kindly but firmly reject the award because genius like MSV do need a medal; it is their work that keeps them immortal.

Eminent music director Ilayaraja has thus beautifully quoted, “Great music should hold a listener spellbound and the music of MSV was such as if giving a feeling that we have association with his songs in all our births - Remembers his hit songs Athan Yennathan in PAVA MANNIPPU, Iravum Nilavum in KARNAN, Yennai Yar Endru in PAALUM PAZHAMUM and Nenjam Marappathillai in NENJAM MARAPPATHILLAI and Nilave Yennidam in RAMU

Raaga.Com Team pays our humble tribute to MSV and pray - May his soul rest peacefully in heaven.
Posted by Unknown at 11:05 AM No comments: