In the last issue you read about Mohammad Rafi’s penchant for music and his rise as a commanding playback singer in Bollywood. Now read about his brief downfall that he faced during the Rajesh Khanna era, when Kishore Kumar began to be identified as Voice of Rajesh Khanna.

During the 70’s Rafi’s craze got a jolt due to the phenomenal rise of Kishore Kumar. A dejected Rafi lamented:
‘Kya se kya ho gaya…’

Film makers neglected him and Rafi said to himself:
‘Matlab nikal gaya hain to pehchante nahin…’ 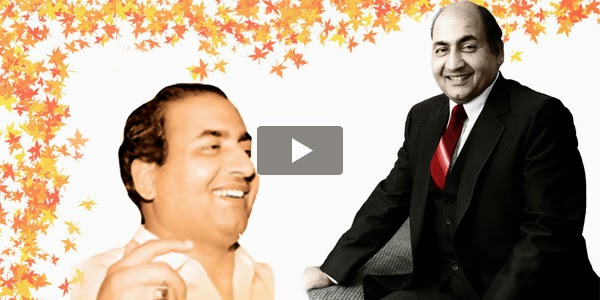 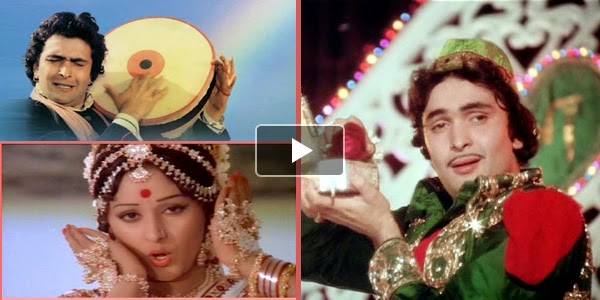 Everything was going smoothly. Even the Government of India, acknowledged Rafi’s contribution by bestowing on him the Padmashree Award which Rafi received thanking:
‘Woh khushi mili hain mujhko, is kushi se mein maar na jahoon…’

And as he thought so it happened!

Apt word indeed! because Rafi sahab is always ‘aas paas’ - thanks to the electronic media.

Posted by Unknown at 3:46 PM No comments:

This grief striken verse is penned by eminent actress of Bollywood Meena Kumari, whose life was a bagful of sorrows. Blessed with eternal beauty her natural elegance and her pain-filled voice made her a legend as one of India’s greatest actresses. August 1 marks the birth annivessary of the legendary actress who gave many super hits in the 50 and 60’s like PAKEEZA, BAIJU BAWRA, AAZAD, MISS MARY, SAHAB BIWI AUR GULAM etc. Raaga.Com remembers her and enlightens about the actress in a three part series. 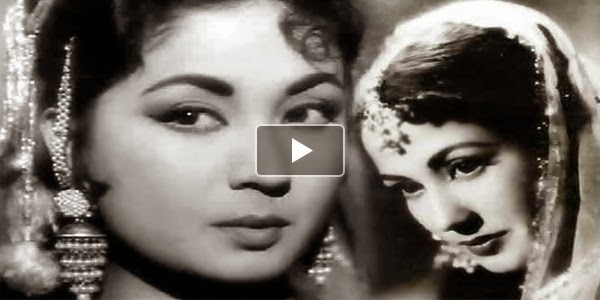 Tragedy for Meena Kumari began with her birth when she was almost thrown away by her angry father who was frustrated over his wife for delivering a third consecutive daughter. Further at the tender age of six, when other children of her age played carefree, little Meena was put under the harsh glare of studio lights to support her family. It is reported that her father – a Parsi theatre Music Director wanted to make big in Bollywood but when he failed miserably he introduced all his daughters, Khursheed, Madhuri and Mahjabeen into films to fulfill his unfulfilled dream.

While his other two daughters went into oblivion his youngest daughter – Mahjabeen – caught the attention of film maker – Vijay Bhatt – who introduced her in his movie – ‘LEATHER FACE’ (1938) as a child artist giving her a new ‘screen name’ as – Baby Meena – From ‘LEATHER FACE’ to ‘BAIJU BAWRA’ it took 14 long years for Meena Kumari to come into limelight. In fact she became so famous after this movie that for many years she was ‘Lux’s star of India’. Moreover her market rate from Rs. 15000/- escalated to whooping Rs 1 lakh per movie!!!.

After the phenomenal success of ‘BAIJU BAWRA’ she did Bimal Roy’s PARINEETA. In this movie with her natural performance she introduced a ‘new era’ in the acting department of Indian cinema – where histrionics took over glamour as epitomized earlier by such supreme beauties of the 30’s & 40’s like Devika Rani Naseem Banu, Veena, Jayshree etc.

NOTE: In the next issue read about relation with Kamal Amrohi

Posted by Unknown at 2:21 PM No comments: