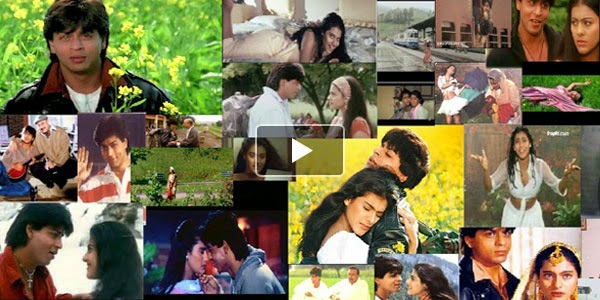 Few may know that Aditya Chopra, who made his debut as a director with this movie had written the script when he was in school. In one of his rare interviews he informed that when his father Yash Chopra happened to read his story which was just a rough idea of a foreign boy falling in love with an Indian girl, his father was impressed. But his happiness soon dwindled when Adi told his father that he wished to make the movie in English with Tom Cruise in the lead. However later Adi changed his mind and decided to make the movie in Hindi.

While everybody knows that Saif Ali Khan was the original choice as the hero few would know that even Shah Rukh Khan had turned down the role when initially offered by Adi. The reason was simple because at that time SRK was then ruling Bollywood as an Anti Hero with movies like BAAZIGAAR and DARR doing excellent businesses. But Adi convinced SRK and rest is history. Readers would be surprised to know that after the amazing success of the movie SRK was so overwhelmed by Adi that he personally signed a Poster of DILWALE DULHANIYA LE JAYENGE and acknowledged his gratitude in words - Adi Thank You … You have made me a star! The poster with SRK autograph is still a treasure possession at the office of Yash Raj Films. 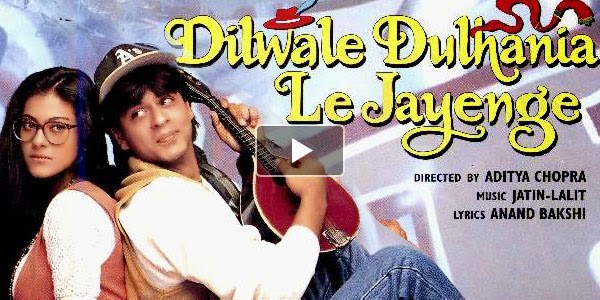 And last but not the list the DILWALE DULHANIA LE JAYENGE created history at the annual Filmfare Awards too by winning a maximum of 10 Filmfare Awards, the most ever for a single film at that time, as well as the National Film Award for Best Popular Film Providing Wholesome Entertainment.
Posted by Unknown at 3:22 PM No comments:

Helen - The Ultimate ‘Oomph’ of Bollywood!

When the sex siren of the 70’s Helen sizzled on the screen to the seductive song Ye Mera Dil Pyaar Ka Deewana…… to entice the hero Amitabh Bachchan in the movie DON (1977), the audience seated in theatres went berserk! Believe it or not, according to theatre owners many film buffs saw the movie repeatedly just to get intoxicated by the oozing sex appeal of Helen in the sexy number. On October 21, Helen turns 76; Raaga.Com wishes her many happy returns of the day and reveals how destiny carved a niche for her in Bollywood. 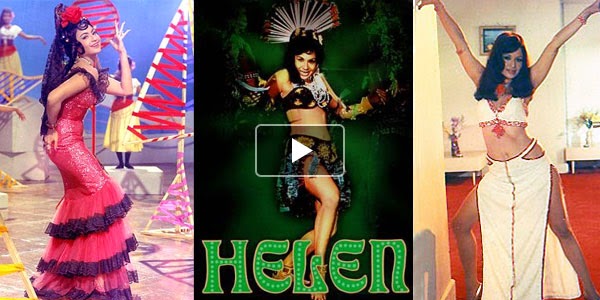 Born as Helen Jairag Richardson on October 21, 1939 in Burma to a Burmese father and Indian mother, Helen’s family became a victim of World War II. His father was brutally killed by the brute Japanese soilders. To escape the Japanese invasion in Burma, Helen along with her mother, brother and sister came to Mumbai to make a living. At a tender age Helen had to struggle to make a living in Mumbai. Fortunately her passion for dance opened doors of stardom.

Excellent in Kathak and western dance forms, Helen began her career in Bollywood as an extra doing dancing cameos. In an interview she said, “Once I was doing a dance sequence in chorus for the movie SHABISTAN(1951), when Cuckoo, the top notch cabaret dancer of the 40’s and 50’s spotted me and was highly impressed by my dancing skills. She recommended my name to many film producers and I began getting roles in B-grade action thrillers and fantasy movies like ALIF LAILA, HOOR-E-ARAB etc.” 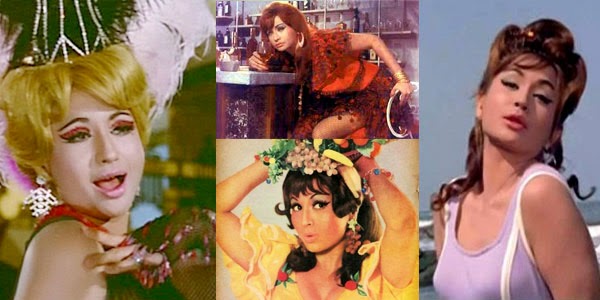 She informed, “The big break came when filmmaker Shakti Samanta was making the movie HOWRAH BRIDGE. Incidentally the movie had a song Mera Naam Chin Chin Chu… and filmmaker Shakti Samanta was looking for a dancer who, was not only an outstanding dancer but had chinky eyes like the Chinese. Fortunately he happened to notice me. He was not only impressed by my dancing skills but my chinky eyes adored him most as it suited the character. Thus he offered me the song and the song proved a milestone in changing my fortune.”