Abhijeet Bhattacharya has several hits to his name but his association with King Khan aka Shahrukh Khan has a special place in the annals of Indian cinema thanks to his long association in SRK’s umpteen films like YES BOSS, BAADSHAH, PHIR BHI DIL HAIN HINDUSTANI, CHALTE CHALTE, ANJAAM, ASHOKA, MAIN HOON NA and OM SHANTI OM. 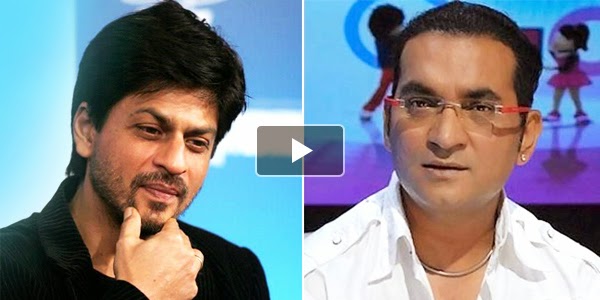 However after Abhijeet sung the hit song Dhoom taana… in Shahrukh Khan’s OM SHANTI OM there has been some misunderstanding between the two and since then Abhijeet has never sung for SRK. On being quizzed Abhijeet has always ignored the question saying he is fed of being the voice of Shah Rukh Khan. However the reality is different.

In a recent interview Abhijeet opened his heart and narrated why he has been away from Bollywood for six years.

Victim of being the maltreatment meted out to playback singers in Bollywood, Abhijeet blasted the filmmakers for not giving due credits to playback singers. He lamented, “What hurts me most is that playback singers who are a key element of film industry are not given the desired due. My notion became concrete when during the end credits of MAIN HOON NA, my name appeared right at the end. I was highly disappointed most because Farah Khan, the director had the courtesy of showing the chaiwalas to dress men in the end credits but she had no respect for the playback singes.”

He continues, “After a disgusting experience Farha Khan repeated the same blunder with OM SHANTI OM. My family saw the film and felt betrayed. I conveyed my disappointment to Farah Khan and Shah Rukh Khan and decided to quit.”

Will HPY Prove A ‘Career Booster’ For Jr. Bachchan Like AMAR AKBAR ANTHONY Did For Sr. Bachchan?

Abhishek Bachchan is on sky nine thanks to the tremendous applause and appreciation that he is gathering for his fabulous performance as Nandu Bhide, a tapori in Farha Khan’s super hit movie HAPPY NEW YEAR.

Ever since the movie hit the cinema hall Abhishek Bachchan is being bombarded with praise and admiration from all quarters of the society. He has become a hit among movie buffs for his hilarious performance that has taken the cinegoers by strom. 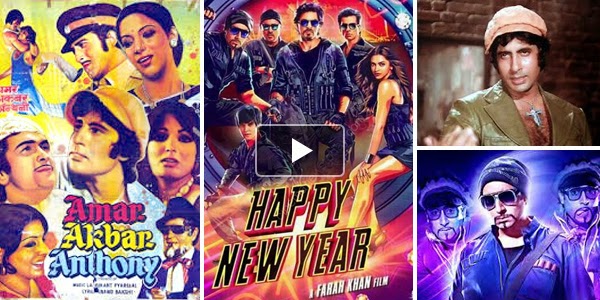 From hard core critics to the layman people are taking to the social media to voice their praise for Abhishek Bachchan’s brilliant act. Though Shah Rukh Khan is the chief protagonist of the movie but it is Abhishek Bachchan who has taken the cake. Both the audiences and critics alike are lauding him and he is being touted as the one to watch out for in the multi starrer.

Even the industry folks are going gaga over his incredible performance. Karan Johar ‏tweeted, "junior bachchan AB you were absolutely amazing in the film!!!! Nandu on a roll!!!!!”

Posted by Unknown at 3:09 AM No comments: