Akshay Kumar laments over the plight of Comedians in Bollywood

Akshay Kumar's latest release THE SHAUKEENS has proved a big hit at the box office. Unlike the original SHAUKEEN, directed by Basu Chatterjee, that set the box office ringing in its third week after word of mouth publicity, Akshay Kumar's THE SHAUKEENS has hit the bull’s eye on its day of release. The movie is declared a hit as it collected Rs 10 crore in just two days!

Although Akshay Kumar is impressed by the response THE SHAUKEENS has received at the box office yet he is pained at the plight of comedians who put their heart and soul to make the audience laugh. Lamenting the ill treatment meted out to film comedians Akshay in an interview said, “Comedy is the most complicated art. It is easy for an actor to do tragedy but it is quite difficult for the same actor to do comedy.” 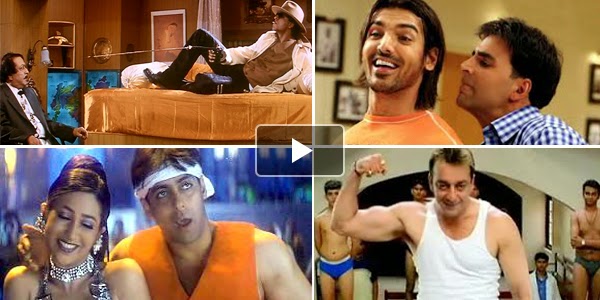 He added, “A comedian can do a serious role but an actor who only does serious roles can never do comedy. Therefore I believe that comedians are the ‘Real Actors’ but it is unfortunate comedian in Indian Cinema never get their due.”

Akshay Kumar continued, “What is most disturbing is that in India a comedian never gets the ‘Best Actor Award’ in any of the award shows, rather they are awarded with the ‘Best Comedy Hero’ Award. I fail to understand the logic as I believe that comedy as a genre is not at all easy.”

Akshay Kumar probably lamented the fact because he himself has been a victim of such a practice in film awards. If readers could recollect Akshay Kumar had given a superlative comedy performance in the movie GARAM MASALA but was given the Best Comedian Award.

In fact even Shah Rukh Khan (BAADHSHAH), Salman Khan (BIWI NO.1), Anil Kapoor (NO ENTRY) have been nominated in the Best comedian category! 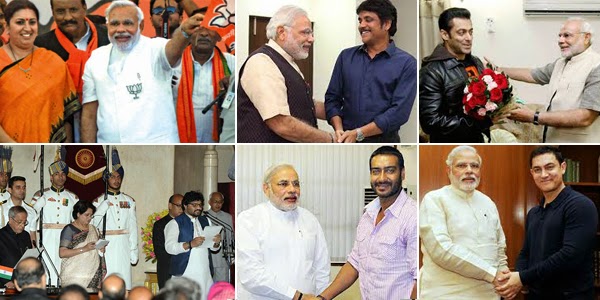 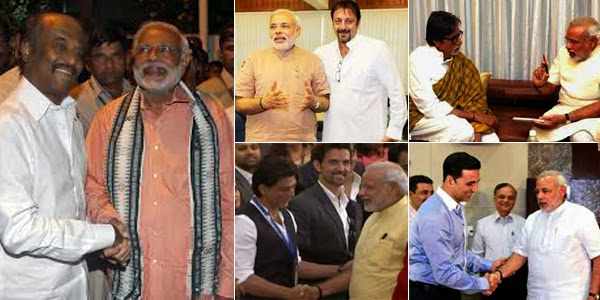 Posted by Unknown at 9:59 PM No comments:

The Magic of ‘DON’ Continues

After the two installments of Shah Rukh Khan’s movie DON minting money at the box office people have been desperate to see their heart throb SRK back as DON. Hence living up to people’s demand director Farhan Akhtar and producer Ritesh Sidhwani have been working on the script. If reports are to be believed the scripting of the DON -3 is ready.

In a recent interview Ritesh Sidhwani revealed that along with Farhan and Shah Rukh he has been working out the modalities but as Shah Rukh Khan has been involved in his other movies hence the movie got delayed. Ritesh quipped, “We have to wait as how can I do Don without Don? SRK is Don and Don is SRK." 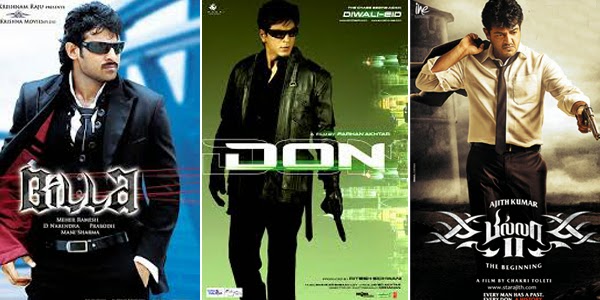 It is really amazing that the magic of DON continues since 70’s when filmmaker Nariman A. Irani produced DON in 1978 and Amitabh Bachchan immortalized the menacing DON on silver screen. Since then film buffs have gone crazy over the subject. The addiction of DON has been so intense that DON had been remade in multiple languages.

Soon after the mega success of DON in Bollywood the movie was first remade in Telugu as YUGANDHAR(1979), with superstar NTR playing the lead. Later in 1980 the movie was made as BILLA, starring Thalaiva Rajnikanth. Further in 1986 the movie was remade in Malayalam as SHOBARAJ, starring legendary actor Mohanlal. 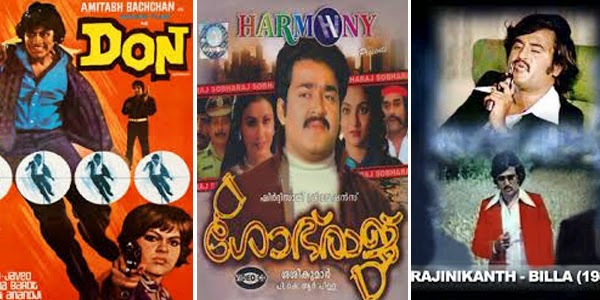 The DON addiction did not end in the 80’s but it continued and two decades later in 2006 Bollywood superstar Shah Rukh Khan revived the movie playing DON and wining applause.

Yet again the DON fever went down South and Tamil directors made BILLA starring Ajith Kumar, while in 2009 a Telugu movie starring Prabhas was made titled BILLA.

Shah Rukh Khan repeated the act in DON -2 in the year2011 and once again reaped a rich harvest at the box office. Inspired by the repeat success of DON -2 Tamil filmmakers too made Billa II (2012) with Ajith Kumar.

With DON 3 in pipeline film buffs are elated and dying to watch the movie.

Posted by Unknown at 1:30 AM No comments: