Which Filmmakers Have Influenced Mahesh Bhatt As A Film Maker?

The name Mahesh Bhatt brings alive some of the thought provoking movies that Indian cinema had never dared to make. While on one hand Mahesh Bhatt has made movies that have made the best possible statements on his behalf like as ARTH, SAARANSH, DADDY, ZAKHM etc. On the contrarily he has also proved his mettle in the typical commercial potboilers making hits films like NAAM, SADAK, AASHIQUI, HUM HAIN RAHI PYAR KE.

September 20 marks the birthday of Mahesh Bhatt, the genius filmmaker of contemporary cinema; Raaga.Com wishes him birthday greeting and takes a look at the filmmakers that have influenced Bhatt as a film maker. 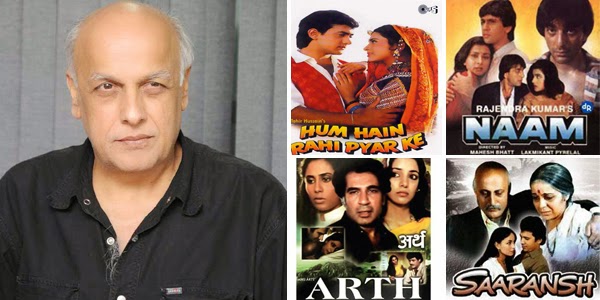 Speaking about the film makers who have influenced him Mahesh Bhatt in an interview said, “Indian cinema can be classified in to the commercial format - the one made by Raj Kapoor, Mehboob Khan, K Asif, Bimal Roy and Guru Dutt. The other form of cinema being the - ‘Art Cinema’ which was introduced by Satyajit Ray. He dared and captured the complex realities of rural India in his own distinguished way. Following his foot step we had Shyam Benegal, Govind Nihalani and M.S. Sathyu. It gave birth to middle-of-the-road cinema.”

He added, “However I have been hugely impressed by eminent filmmaker Hrishikesh Mukherjee, who exceptionally bridged the gap between commercial cinema and the art cinema. Thus making movies that touched the core of film buffs. Movies that had substance and a dose of wholesome entertainment films like ANAND, AASHIRWAD, BAWARCHI, SATYAKAM, CHUPKE CHUPKE, ANUPAMA, ABHIMAAN, GUDDI, GOL MAAL.”

He concludes, “Thus I have been groomed by the cinema of the 1960s and some part of the 1950s. Even Ray impacted my psyche. The best of Indian cinema was responsible for pushing a man like me to make heart-breaking narratives with ARTH, NAAM, SAARANSH”

Posted by Unknown at 2:34 PM No comments:

Celebrated Carnatic music legend and pioneer in the use of the mandolin in Indian classical music, U. Srinivas, also popularly recognized as 'Mandolin Srinivas' passed away at the young age of 45 in a Chennai hospital.

Mourning his death Prime Minister of India Narendra Modi in his condolence message said, “Mandolin maestro's U. Srinivas dedication and long-standing contribution towards music will always be remembered for generations”. 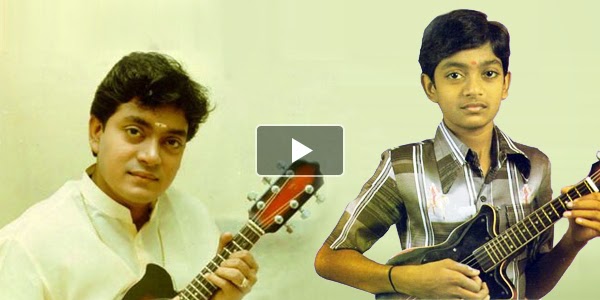 The tragic news of U. Srinivas sent shock waves in the music world. Bharat Ratna and Nightingale of Indian Music, Lata Mangeshkar tweeted, “I was deeply grieved listening the death of Mandolin maestro's U. Srinivas’s death. He was a child prodigy.” She added, “I had the privilege of listening him play mandolin when he was merely 13 or 14 year old on TV. He was truly gifted because playing mandolin so brilliantly at such a tender age is no child’s play. May his soul rest in peace.”

Courteous, soft-spoken, unassuming, Srinivas was a simply man and let his mandolin do the talking. Music wizard A. R. Rahman stunned at the demise of mandolin genius in his tweet wrote, "Emotionally shaken to hear of Carnatic shining star Mandolin Shrinivasji's demise... May God bless him with happiness in the next world..."

Born on Feb 28, 1969 in Palakolu, Andhra Pradesh, Srinivas was a child prodigy. He picked up his father's mandolin at the age of six and started playing it. He made his first public performance at the age of 9 when he played at the Thyagaraja Aradhana Festival in Gudivada. Since then, he performed at several music festivals, both nationally and internationally.

Few may know that Srinivas was a favourite of the late Tamil Nadu chief minister, MG Ramachandran, who had first heard him perform at a wedding. "When MGR entered, someone told Srinivas to stop playing. But MGR came to the stage and told Srinivas to continue. He then instructed his attendants to make sure Srinivas played at all AIADMK party functions