He ofcourse needs no introduction. The entire nation would have in one way or the other read about him, heard about him! His immense contribution can never be replaced. His list of works can never be mentioned at one go! The very famous Bengali writer – Rabindranath Tagore – the man we owe all our thanks to for composing our nation’s Pride – our National Anthem. 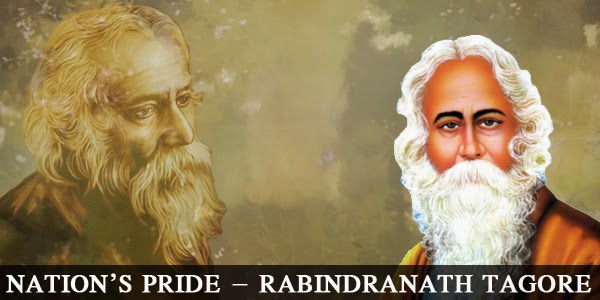 RabindranathTagore was also interested in taking his scope for visualizations a step further with ‘Direction’ too. He directed one and only film ‘Natir Puja’ way back in 1932. A man who had his thoughts leaning towards a more open-minded manner having belonged to the 19th century, he was totally against concept’s like ‘learning by heart’ which he actually thought was a very dumb way to learn something! He was known for imparting the ‘Brahmacharya’ system – where knowledge sharing happened in a practical manner leaving aside rote learning methods.

Bestowed even with a Nobel prize for his beautiful and rich literature in verses way back in 1913, he definitely brought in a lot of pride for the country. Ofcourse everyone would also be aware of how the Nobel Prize was stolen exactly a decade back but now although replaced.

A prodigy that he was, he started writing poems at a very young age of just 8 years. He is also the founder of the famous Viswa- Bharathi University. A man who completely believed in the value of knowledge sharing, he did a lot to spread awareness of literacy etc in the then era.

Everyone at pone point of their life should definitely read his ‘Gitanjali’ that showered him with laurels. Ofcourse many writers are born but few make it an effort to spread their goodness around and he was definitely one of them. Happy birthday to this immortal legend!
Posted by Raaga.com at 4:41 PM No comments:

ALWAYS IN OUR HEARTS - NAUSHAD

It is Naushad’s death anniversary today and ofcourse attempts are being made all over the country to relive the evergreen hits of the 40’s to 60’s. The man started his music career with the movie Prem Nagar followed with Darshan and Mela. The initial years focused greatly on making his career a strong one. He won his first Filmfare for the movie Baiju Bawra. 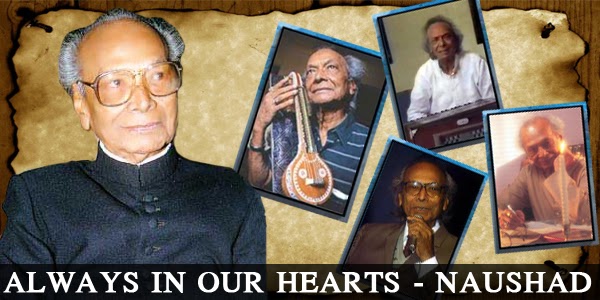 Naushad Ali is one of the few Music directors to have won the prestigious ‘Dada Saheb Plhalke Award’ , which as everyone knows is one of the most prestigious Awards given to the greatest contributors. With most of the movies that he composed music for reaching the silver jubilee celebrations, we get to understand the kind of worth his work carries. Few examples would include movies like Sharda, Kaanoon, Namaste, Sajong.

One popular classic film that remains fresh in everyone’s memory would ofcourse be the movie ‘Mughal-e-Azam’. A wonderfully made one, this film had utmost grandeur and ofcourse won the hearts of many people. One of the movies that holds a lot of value in the Bollywood industry.

Pakzeezah has reached the penultimate status of having the tag of being one of the movies with those few movies reaching up to the golden jubilee status. Naushad with his presence in the industry for so many years has worked with an array of directors and also ofcourse been the reason behind many actors doing their stints in those famous songs. Rajesh Khanna – Naushad ofcourse were one of the best music director- actor combo’s we have ever witnessed in bollywood. Not many are aware that there is an Award given to deserving candidates in the film industry with the Naushad Award. A legend who passed away a few years back, Naushad remains in our hearts forever.
Posted by Raaga.com at 4:11 PM No comments: