D.Imman’s Success- A Story Of Self Confidence and Uniqueness

He has made his mark in various languages of the Indian Cinema, Hindi , Tamil, Telugu, Malayalam and what not! A man who is extremely talented and a man to whom music comes naturally; A prodigy that he is, here’s more about his contribution in the Bollywood industry. 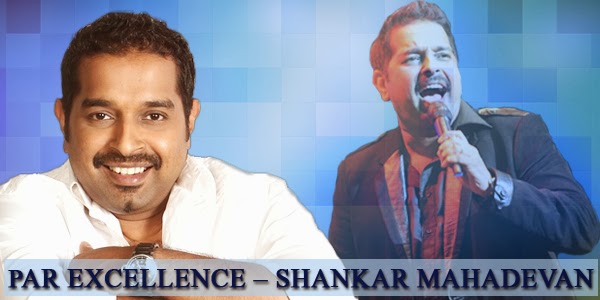 What brought this man to limelight was ofcourse his ‘Breathless’ which was released in the year 1998. After this many music offers danced to his tunes and now Shankar has over a few hundred’s to his hat. Mission Kashmir which released in 2000 gave him another break as Bumro Bumro created a rave amongst all audience for its fast paced beats.

‘Dil Chahtha Hai’ although proved to be the luckiest for Shakar in his career as it led to him exploring the avenues of becoming a Music Director as well. Donning the hat of a Music Director in 2001 with this, Shankar still continued singing as well and gave hits like ‘Rock and Roll Soniye’ and ‘Where’s the perty tonight’ in the year 2006 and ‘Jhoom Barabar Jhoom’ in 2007. Lakshya which released in 2004 is also a good mention in his steady career.

ShankarMahadevan has never been out of movies and infact there have been hits coming his way one after the other. My name is Khan which hit the theatres in 2010 is yet another example – the song Noor e khuda stole everyone’s hearts. Remember Taare Zameen Par? What was one thing you can’t forget about the movie? Ofcourse the song – ‘Meri Maa’ and thanks to Shankar’s soulful rendition yet again.


ShankarMahadevan has recently ventured into his training academy for all music enthusiasts. Raaga.com wishes him all the very best for it.

Listen to Shankar Mahadevan Songs on Raaga
Posted by Raaga.com at 5:03 PM No comments:

The ace actor mamootty made his appearance ein Kollywood way back in 1990’s. Here is a quick look at the best songs of Mamootty from his Tamil Movies.

‘Kalyana Thennila’ remains one of the evergreen hits until today. Ofcourse this was Mamootty’s  first film in Tamil and thanks to the beautiful lady Amala by his side, the song takes the top position In the best romantic numbers ever composed. Balachander roped him in again in 1991 for Azhagan. This movie had a brilliant music album and almost all songs became a hit. Ofcourse our personal favourite is ‘Sathi Malli Poocharame’. Moamooty’s third consecutive hit in Kollywood was ‘Thalapathy’ with Rajinikanth by sharing the screen space with him. Needless to say, ‘Kaatukuyilu manasukula’ is everyone’s all time favourite. 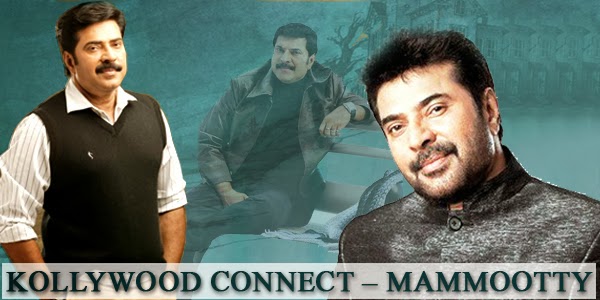 The next consecutive years saw Mammootty in various roles in a range of movies like Arasiyal, Pudhayal, Makkal Aatchi etc. Although a movie that made a difference breaking a monotony in his role was the movie Maru Malarchi which released in the year 1998. A song from this movie that made a good impact was ‘Ayarindu madhangal’ sung by Unnikrishnan.

With Kandukondein Kandikondein releasing in the year 2000, there was more scope for acting for Mamootty with a challenging role given to him and with an amazing star cast like Aishwarya Rai, Thala Ajith sharing the screen with him. Needless to say,Mamooty made a mark with this movie too.

Mammootty was seen in the movie ‘Anandham’ the following year, making a clear statement that he can also fit the bill of being the sentimental ‘brother’ too.  The hit song from this movie was ofcourse the sentimental ‘Aasai Aasaiyaaai irukiradhe’ in K.J Yesudas’s voice.

Following this, Mamootty made appearances in other movies like Junior Senior, Karmegham , vandhe Maatharam and Vishwa Thulasi. Raaga.com hopes to see Mammootty back in action in Kollywood.

Listen to Kollywood Of Mammootty Songs On Raaga
Posted by Raaga.com at 4:42 PM No comments:

So with Highway hitting the screens recently, there has been a lot of buzz in B-Town not only because Aalia Bhatt has done a fantastic job but also because the movie promises a different world of ‘music’ altogether. But why is that? Ofcourse it is because none other than the Maestro has lent his tunes to the movie. 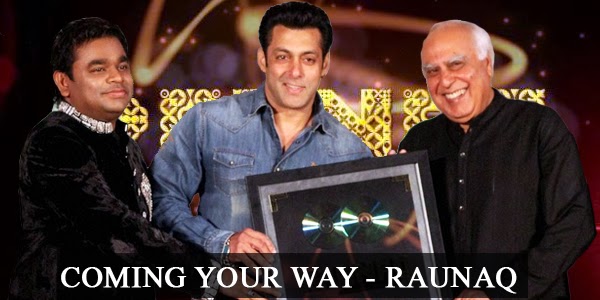 What is creating wave in the music scene now? Ofcourse it is the album ‘Raunaq’. Well one reason is that it is Kapil Sibal’s second attempt at writing after his contribution for Bandbook. The album which was unveiled by Salman Khan during the launch carries about 7 songs in total. Singers like lata Mangeshkar and Shreya Ghoshal are a part of this album too. Jonita Gandhi is also another person that one could see in this album.The hopes are high considering this music album has the best of all. Moreover, one specific song in the album featuring Yami Gautham has the visuals inspired by Ravi Varma paintings.

A.R.Rahman is always known for the difference he brings out through his works, the detailing in each of it. We hear that ‘raunaq’ has something for all the music lovers.Backed by Sony music for the musical production, this album has a lot to offer. For now all we can do is immerse ourselves in this beautiful number – ‘Kismat se’.
Posted by Raaga.com at 4:18 PM No comments: