Woahhh: Yo Yo Honey Singh crosses 30 million mark! HOW & WHERE???

Yo Yo Honey Singh justifies the tag of being India's Biggest Singing Superstar. Hot buzz is that the the "Lungi Dance" famed Hit maker has crossed the 30 million mark on Facebook. 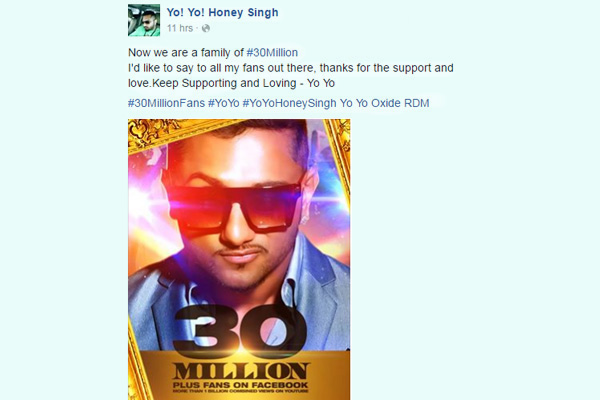 Interestingly, Yo Yo is the only Indian singer to have a fan base as large as 30 million, which is growing by the day.

Yo Yo Honey Singh, touted as the Indian Rap God by many, set the music charts ablaze with his upbeat music and peppy lyrics. His songs have always emerged to become Party Anthems.

Currently, Yo Yo Honey Singh is busy doing back to back concerts and is working on his upcoming music single.

Posted by Unknown at 5:40 PM No comments:

Bollywood's Greek God Hrithik Roshan’s ex-wife Sussanne Khan has been booked for cheating. An FIR has been registered by Goa Police against Sussanne Khan for allegedly cheating a real estate firm by posing as an architect. But, Sussanne has cleared the allegations against her as fake and called it a pressure tactic by the firm. 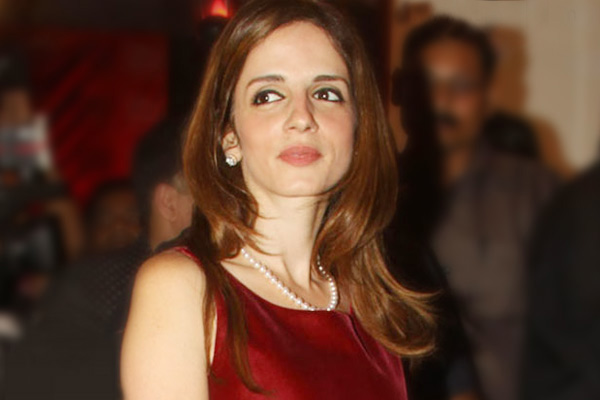 According to media source Police inspector Siddhanth Shirodkar said, "The case was registered against Sussanne Khan on June 9 after the real estate firm lodged a complaint against her. The firm has claimed that she cheated them by posing as an architect through her firm ‘The Charcoal Project’. So, she has been booked under section 420 (cheating and dishonestly inducing delivery of property) of IPC." This 'Charcoal Project' is a Mumbai-based interior design store set up by Sussanne herself.

Sources also say, the complaint was lodged by Emgee Properties alleging that Sussanne claimed herself as an architect to secure a contract to design its building in Panaji in 2013. Company's Managing Director Mudith Gupta has mentioned in the complaint that his firm signed a contract for Rs 1.87 crore with Sussanne. Reports state that she failed to submit the required design in a set period of time but finally when she did the designs were not of professional standards.

Sussanne denied all misrepresentations and said that she maintains the highest standards of ethics in discharge of her work.
Posted by Unknown at 5:18 PM No comments: