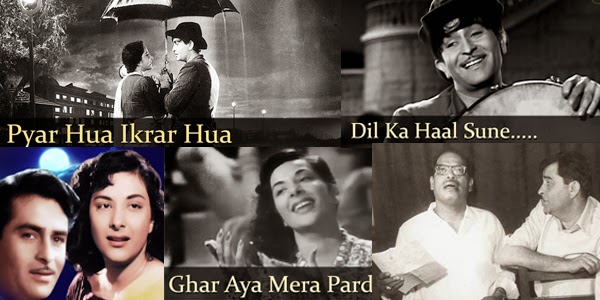 
May 1, marks the birth anniversary of Padma Bhushan and Dada Saheb Phalke Award winner Manna Dey; Ragaa.Com pays him our humble homage.
Posted by Unknown at 11:44 AM No comments:

From the time ‘Color’ invaded Indian Cinema filmmakers have headed to Kashmir to explore it enchanting lush green meadows, snow clad mountains, dazzling rivers, tranquil lakes, splendid gardens on the silver screen. The audience too has been dazed by the serene beauty of Kashmir and has thronged cinema halls in large number.

Thus from the 60’s to the 80’s filmmaker have exploited Kashmir to the hilt. If you watch films of these eras you will find that they are packed with extensive shooting in Kashmir. The craze for Kashmir was such intense among filmmakers that if not all but every second film had at least one song shot in the bewitching valley. 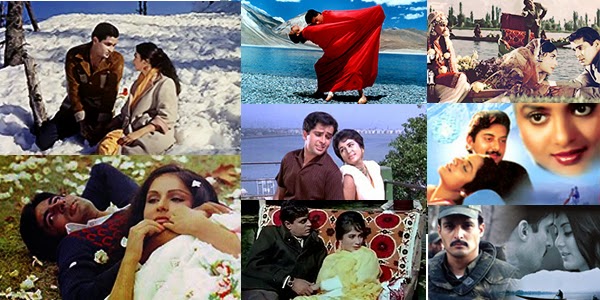 However after the state got tangled into the ugly terrorism filmmaker took a backseat. Nevertheless some thinking directors made hard-hitting moves condemning terror in the state of love and peace. Movies like ROJA, DIL SE, MISSSION KASHMIR, YAHAAN, etc. did dare to shoot in the valley despite threat from terrorist.

Now with election in Jammu and Kashmir and the formation of the new government the Chief Minister Mufti Mohammad Sayeed has arrived in Mumbai, the domicile of Bollywood, to promote the state as a prime tourist destination and shooting location for movies.

According to reports Chief Minister Mufti Mohammad Sayeed is holding an interactive sessions of leading tour and travel operators along with top notch filmmakers from Bollywood at Mumbai’s renowned Hotel Taj Land’s End.

The objective of the meeting is to entice tour and travel operators and filmmakers to rediscover the State as a prime tourist destination and ideal location for shooting of national and international films.
Posted by Unknown at 11:42 AM No comments: