Films they say are mirrors of society and filmmakers portray their opinions similar to newspapers editors voicing their frustration in their editorial columns.

The recent film TALVAR directed by eminent filmmaker and lyricist Gulzar’s daughter Meghna Gulzar is an excellent example of a filmmaker’s anguish and her distress in our legal system which she exposes in her film.

(The lady of justice does have a covering on her eyes but she also carries a sword but the sword in the last 60 years had been rusted and it is our duty to wipe the rust.)

It seems Meghna Gulzar, through her film has been successful in driving home this truth among the viewers, who have realized that it is high time the sword of justice needs to cleaned and justice meted out to the innocent. 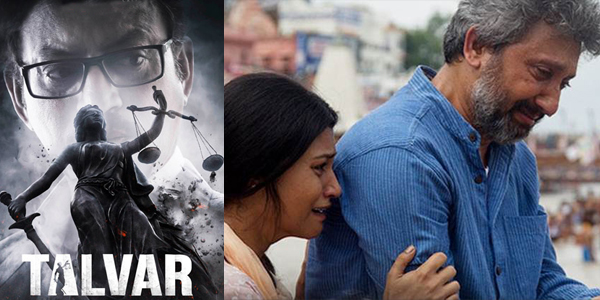 After watching the film that depicts how the parents of Aarushi, Mr. Rajesh and Mrs Nupur Talwar, have become victims of insensitive investigators and the judicial system in our country, there is a strong wave of compassion for the parents in the country on the social media.

According to Ms Gulzar, an online petition has been making the rounds on social media for a signature campaign to fast track the Aarushi-Hemraj double murder case.

An elated Ms. Gulzar said, “It always feels good, especially if you want your film to have some kind of relevance to the society it is made in and for. I am overwhelmed that my film has stirred the emotions of the people and the audiences' conscience has evoked to pressurize the government to fast track the murder case.”

She added, “If you think being cocooned is the answer and things are going to get better automatically, then how will we get where we are aspiring to be? Being a better people, a better country?”
Posted by Unknown at 1:24 PM No comments:

Tamil Nadu C.M. Jayalalithaa: Working with Manorama has been etched in my memory forever!

Gloom spread all over the South film industry with the demise of the veteran actress Manorma, popularly revered as Aachi (Mother). From Superstar Rajinikanth to contemporary stars like Dhanush, Vijay, Ajith Kumar, Vishal and other stars everybody paid their rich homage to the legendary actress. 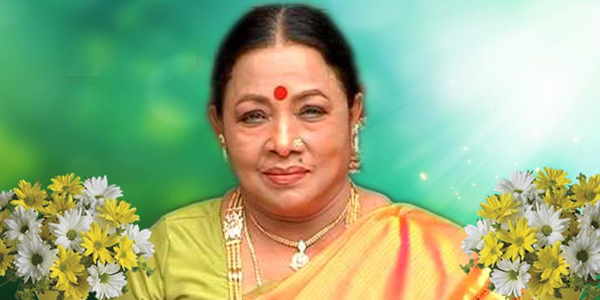 She was such a versatile actress that she could switchover from comedy to emption effortless and had the inborn talent to portray any kind of role. It was her very ability that fetched her prestigious title of Pombalai Sivaji i.e. crowned as Woman ‘Sivaji Ganesan’!!

Recalling her experience of acting alongside Aachi in films like KANDAN KARUNAI and GALATTA KALYANAM, Jayalalithaa said, “Aachi was a colossus among actors and actresses of the Tamil cinema world. Working with such a talented actress was a delight and my experience working with her has etched in my memory forever.” 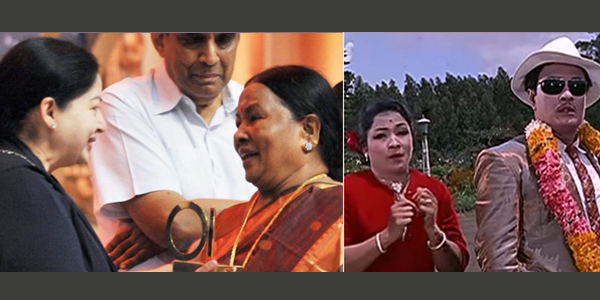 Saluting Aachi for her versatility she said, "She made a huge achievement in the annals of Indian film industry by acting in over 1,300 films and has acted with heroes of past and present generations, including Puratchi Thalaivar MGR and Sivaji Ganesan and ruled Tamil cinema for over four decades,"