International and Bollywood beauty Priyanka Chopra , is one lady who is ruling the world at her feet with her skills and beauty. She won hearts internationally with her hit American TV show 'Quantico'. PeeCee recently made headlines at the annual ABC Upfront show in New York on May 17, where she paid a tribute to late musician Prince.

Priyanka took to shock and ruled the stage with Miles Brown for her power-packed performance. She opened the event along with a troupe of dancers, looking hot and stunning in a waistcoat worn over a thigh-length white shirt. Priyanka danced to a modified version of the Mark Ronson-Bruno Mars hit 'Uptown Funk'. 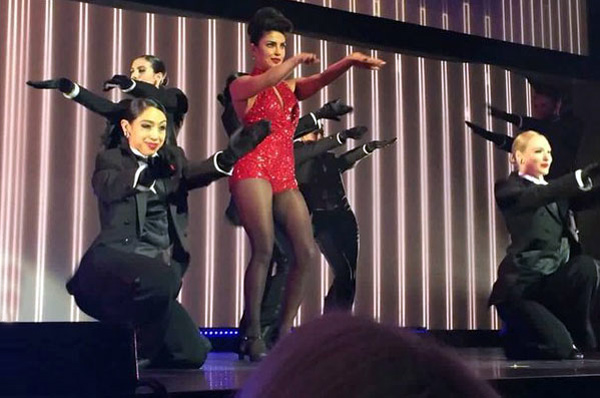 Video: @PriyankaChopra performs at the #ABCUpfrontshttps://t.co/5ZM9yzPKYx

Finally when, Priyanka was closing up to her performance she performed on Prince's hit song 'Kiss', seems like she hit the right cord of the audience. Everyone screamed and hailed his name, they all just loved her for it. Priyanka was energetic as she danced and sang along with an orginal ABC schedule-centered song. She was joined at the event by her co-star Johanna Braddy.

On career basis, she will soon be seen in her first Hollywood flick ‘Baywatch’ that will hit the screens next year.

Ace and renowned singer Sonu Nigam, came out on the streets of Mumbai-Juhu dressed like an old beggar and was spotted with his harmonium, singing. For some time, the passers-by did not notice him at all but then, when he started singing people began to gather and he had a huge crowd.

Everyone was shocked to see the beggar singing amazingly and his soulful voice just attracted them all towards him. For few minutes, commuters forgot about their daily lives and began listening to him sing. But sadly, these people did not know that this homeless man seated on the pavement was actually Sonu Nigam himself. 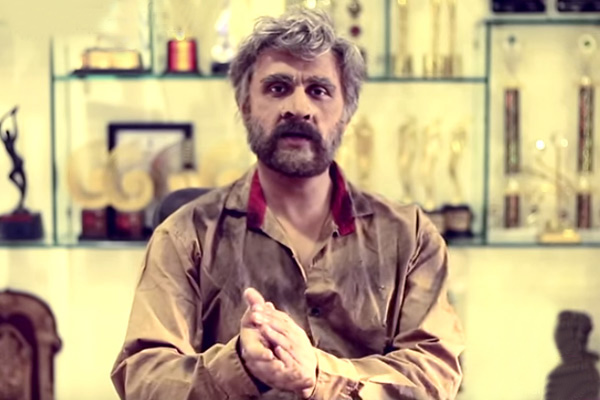 After stepping into the shoes as a street performer, Sonu Nigam took fans and followers by surprise. There is a video of this act named ‘The Roadside Ustaad’, which was released on Culture Machine's digital channel Being Indian on Tuesday. In the video you can see, Sonu Nigam expressing saying, "I went without any expectations, totally bereft of any awkwardness for the way I was looking and what I was about to subject myself to. For the first time, I was not me. The make-up was so good and authentic that people standing so close to me, couldn't recognise."

Sonu also adds to say that what touched him the most during this act: "My most memorable moment (during this act) is of this boy who held my hand and asked 'Uncle, did you have breakfast?'. As he took my hand, the boy slipped Rs 12 into my palm, without anybody watching. I felt as if I just made lakhs of money... I've asked my office to frame the money."

Posted by Unknown at 4:00 PM No comments: