Who is Bollywood’s first actress to play ‘lady cop’?

Bollywood is all out praising Rani Mukerji for her daring act as lady cop in her upcoming movie MARDAANI. From Mr. Perfectionist Aamir Khan to Karan Johar everybody is applauding her dynamic performance in the movie. But is the younger generation aware about the first actress in Bollywood to play a ‘lady cop’ in Bollywood?

Well, the first actress to play the lady cop is surprisingly Hema Malani, who was more famous as Dream Girl and producers cast her in romantic roles. But in the early 80’s she experimented with her image a played a lady cop in ANDHA KANOON (1983). In the movie she played the role of an angry lady police officer who is out to take revenge against those villains, who ruin her family. The movie also saw South sensation Rajnikant playing Hema Malani’s brother, who too is out to seek revenge for his father's death. While Hema Malani follows’ the path of law, Rajnikant follows the outlaw. 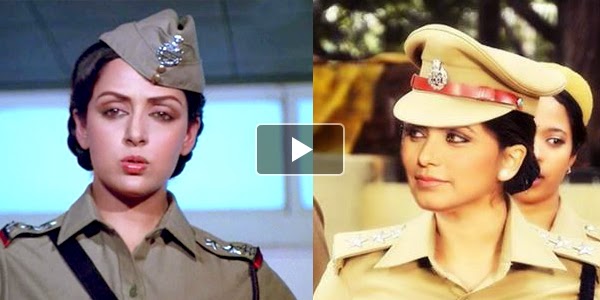 The movie was huge hit. But despite the movie being a hit not many filmmakers dared to cast actresses in the role of lady cops. The few actresses who have excelled the female police officer roles include Dimple Kapadia, who played a female cop in ZAKHMI AURAT (1988) and punish her rapists

Rekha played the lady in uniform in PHOOL BANE ANGARAY (1991), who seeks revenge after her police officer husband is killed by corrupt villains.

Subhash Ghai in KHALNAYAK (1993), wrote a different role for Madhuri Dixit, who instead of the regular revenge dramas, plays an undercover cop and helps in capturing a dreaded terrorist criminal Ballu (Sanjay Dutt). 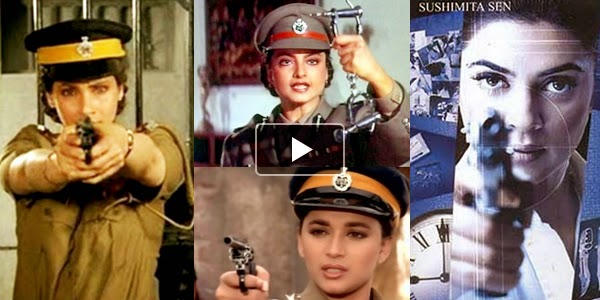 Further in 2003 director Robby Grewal roped in Sushmita Sen in yet another challenging role of a lady cop. Bobby inspired by Hollywood movie SEVEN, casted Sushmita Sen as ACP Malvika Chauhan in the film SAMAY: WHEN TIME STRIKES. Sushmita Sen, played a widowed, who investigates a murder case where the killer has left no evidence. It was an interesting movie but failed at box office.

Posted by Unknown at 3:01 AM No comments:

In the last issue we read about Anil Biswas’s super hit music. In this issue let’s take a look at Anilda’s major contribution to Hindi cinema. According to film historians Anilda is suppose to be regarded as the first music director who introduced full orchestra into film music. He also holds the distinction of introducing play backing singing in films.

The greatness of Anilda can be judged from the fact that eminent music composers like C. Ramachandra, Roshan, Madan Mohan were his disciples, who learnt the nuances of film music. Even music maestro Naushad had high regards for Anilda though he was his contemporary music directory.

Besides mentoring music stalwarts Anil da played a lion’s share in building the career of Lata Mangeshkar, who then went on to be recognized as Nightingale of India and won the prestigious Bharat Ratna Award. 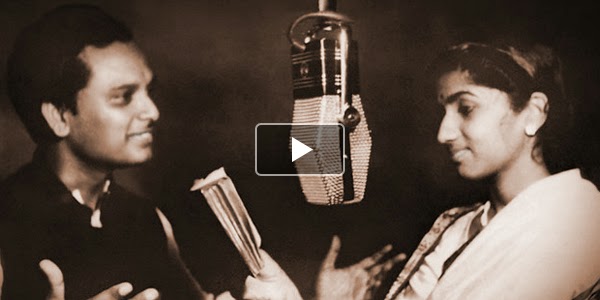 It was the hit songs of ANOKHA PYAR that made Raj Kapoor make notice of Lata Mangeshkar and he signed her to sing for his home production BARSAAT, after which Lata Mangeshkar never looked back. 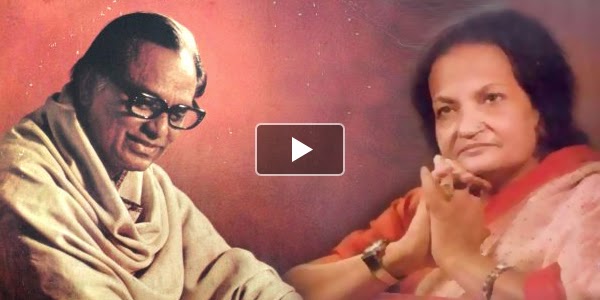 Among the male singers Anilda brought into limelight Mukesh – (PEHLI NAZAR) and Talat Mehmood ( ARZOO). He was also the ‘first’ to present Kishore Kumar in a serious somber vein, in 1953 through Husn bhi hai udaas udaas… (FAREB) 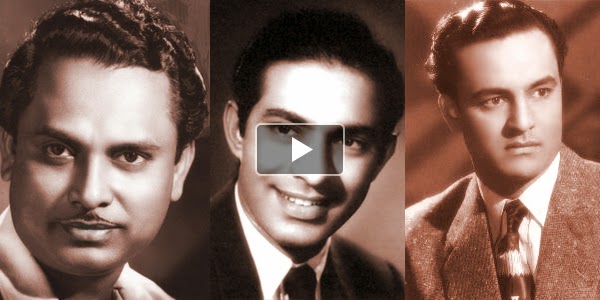 Among his other credits he was the first music director to experiment Hindustani ragas in ‘popular form’. Remember the song – Ritu aaya ritu jaaye… (HAMDARD) which was based on for different ragas viz., Sarang, Malhar, Jogiya and Bahar. Anilda also introduced Waltz rhythm in the song Hum aur tum aur ye khushi… (ALI BABA)

Despite being a ‘milestone’ in Hindi cinema, Anilda never got his share of acknowledgement in terms of awards. He neither received the popular Filmfare Award nor any National Award. Anilda was also ignored of the greatest honor - Dada Saheb Phalke Award! Nevertheless, Anil da, never complaint.

‘Kamyaab’ he did become….. but when he found admirers distancing away….And health biding adieu…. he silently wished….

As he wished, so it happened! On the fateful dawn of May31 he breathed his last!!!

Posted by Unknown at 1:35 AM No comments: