In our last issue you read how Madan Mohan quit his army job and joined A.I.R.(All India Radio) as an programme assistant at the Lucknow broadcasting station. It was here that his dream to pursue his passion of becoming music directed took wings as he came in contact with some of the stalwarts of musicians of the era. Music wizards like Ali Akbar Khan, Abdul Wahid Khan, Pandit Ramnarain, Begum Akhtar, Vilayat Khan, Roshanara Begum, Talat Mehmood and the late Fayyaz Khan were some of the legends that Madan mingled with and learned the basics and fundamentals of Hindustani Sangeet. Later he was shifted to Delhi station of All India Radio but he quit the job as it was restricted to table work. He then came to Mumbai. 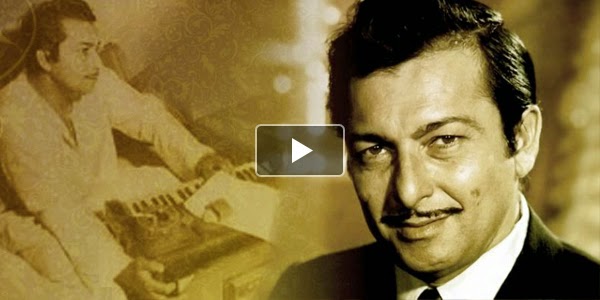 In the course of time Madan Mohan developed differences with his father who was angry with him because he had quit his army job. Meanwhile his father also married another woman, after his mother expired. Hence Madan distanced himself from his father. Though his father was an owner of Bombay Talkies, Madan did not take his reference in Bollywood and struggled in Mumbai. 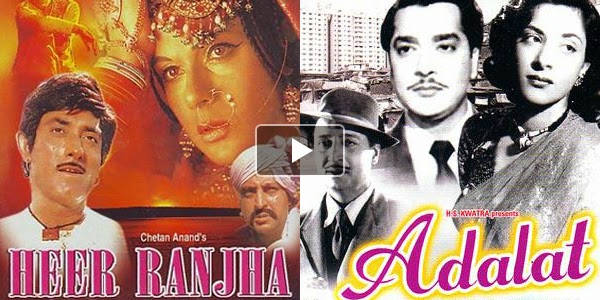 He began with doing tit bits role to survive. He also sung in few movies but his real time came when he got the opportunity to assist the great music director S.D.Burman. Burmanda was so impressed by Madan Mohan’s potential that he predicted that one day Madan will surely make a name. The time came after a lot of struggle with Nargis starrer ADALAT (1958). The movie had some mind-blowing gems of melodies like Jaanaa Tha Hamse Door…, Yoon Hasaraton Ke Daagh…, Unko Ye shikaayat Hai…., Jaa Ja Re Jaa Saajanaa…, Zameen Se Hamein Aasmaan Par... The movie was a commercial hit and made Madan Mohan a star music director. 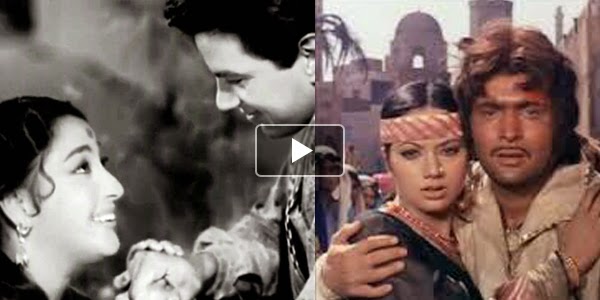 The highpoint of the movie is that the movie had some amazing ghazals sung by Melody Queen Lata Mangeshkar. In fact after the success of this movie Madam Mohan was tagged as Monarch of Ghazal. A title he justified till his last movie LAILA MAJNU. Remember the Mohd. Rafi ghazal Barbad-E-Mohabbat ki Dua… Though Mohd. Rafi was his favorite singer but it was Lata Mangeshkar with whom he shared a sacred relationship of brother and sister and also a professionally one. 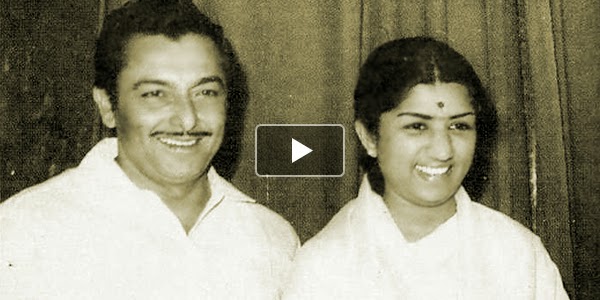 The song became a national craze and was such a hit that it become number one song in the Binaca Geetmala hit parade for the year 1977 out beating the great Laxmikant pyarelal’s hit song Parda Hai Parda….( Amar Akbar Anthony) and O meri mehbooba mehbooba mehbooba tujhe… (Dharam Veer) both the songs came at second and third position respectively.

Did you know Kashmir is one of the most preferred locations by Directors for shoot especially in Bollywood? With Imtiaz Ali’s recent movie –Highway, everyone will be able to associate the subtle grandeur and beauty the location poses. Well ofcourse, be it Hindi or the Tamil industry, everyone will be able to associate with one movie which is Roja, where apart from the sufferings that were portrayed, the song ‘ Pudhu vellai mazhai/ Ye hasi vaadiyan’ , both stay fresh in our memories. 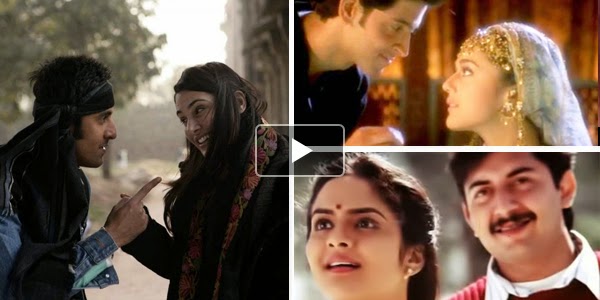 In the recent era, the movie Mission Kashmir as the name suggests was also shot here. The movie had Hrithik Roshan and Preity Zinta in the lead and ofcourse the song ‘Bumbro’ takes the lead’. Student of the year also had few scenes shot at Kashmir.the scenic beauty of Kashmir can also be witnessed in the movie Rockstar which has Ranbir Kapoor and Nargis Fakhri in the lead. 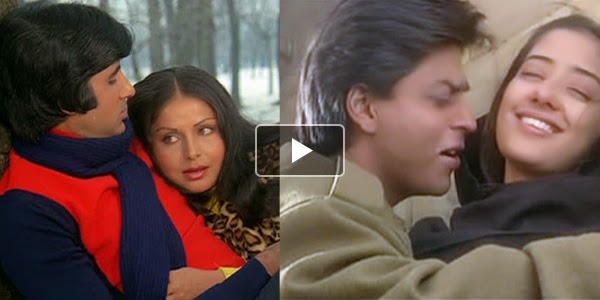 The movie ‘Dil Se’; ‘Uyire’ in tamil is a wonderful example of a movie shot majorly in Kashmir and the song ‘Dil Se re/ Kanire’ by A.R.Rahman tops the music album of the movie.The wonderful shots , thanks to the director were well appreciated and showcased the beautiful side of India. Looking back a bit more on the filmography, we cannot miss the wonderful movie ‘Kabhi Kabhie’ that was shot here as well. The song ‘Kabhie kabhie mere dil mein khayal’ remains still one of the evergreen romantic duets, and was shot here.Now that we have spoken of Amitabj Bachchan and his stint ant Kashmir, we cannot forget Shammi kapoor’s classic ‘Junglee’ and the movie ‘Janwar’ that was also shot here.

Kashmir as a location has a wonderful appeal and thanks to the tourism department which has taken an effort to maintain the poignancy of the nature as it is, the place has attracted so many wonderful directors.
Posted by Unknown at 3:23 PM No comments:

For many a years, the number ‘3’ has proven lucky to many. And ofcourse this trio did bring a lot of magic to the Indian film industry and Indian carnatic music scenario too. Popularly known as the ‘Women Trinity’ in the music lover’s language, we all know their contributions has been immense.

It is of no surprise that all the three have won the Sangeetha Kalanidhi honour. It is admirable that all the three of them had a unique style of their own and never overlapped with the others’ to put them down. While M.S. Subbulakshmi was known for her devotion that she brought out in her songs, Pattamal was known for her clear rendition of the given song- in terms of lyrics. M.L.Vasanthakumari on the other hand explored the various nuances that any song structure could offer. 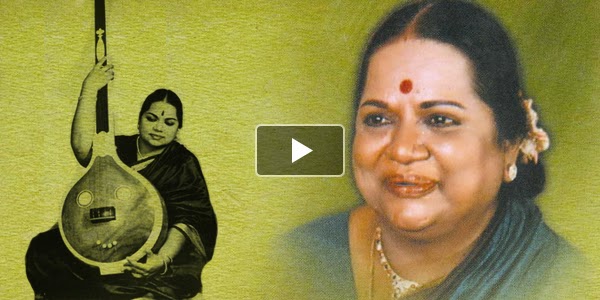 In playback singing, M.L.V’s classic hit undeniably is Ayya Sami from the movie Or Iravuthat released way back in 1951.Although she entered the film industry by 1946, her big hit was Ellam Inbamayam from the movie Manamagal. 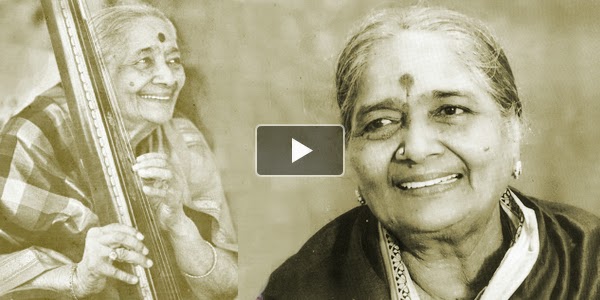 D.K.Pattamal on the other hand was known for rendering soul-touching patriotic songs in films. This in a way also indicates to us about her sheer commitment in being very attached to the country. The first time Pattammal sang for as a playback singer was the movie Thyagabhoomi that released in the year 1939. 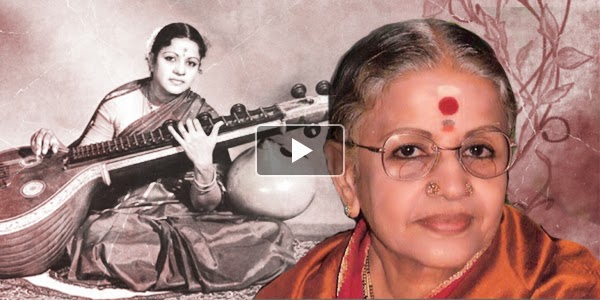 M.S.Subbulakshmi on the other hand was known for her meera bhajans in movies. Infact her ‘Giridhara Gopala’ is irreplaceable until today! It is a wonderful song from the movie ‘Meera’ that released in 1947. It is also amazing to note that it was M.S.Subbulakshmi herself who also acted for this.

Thus the ‘female trinity’ have contributed in many ways to Indian cinema. Ofcourse they remain immortal in our hearts.
Posted by Unknown at 2:00 PM No comments: 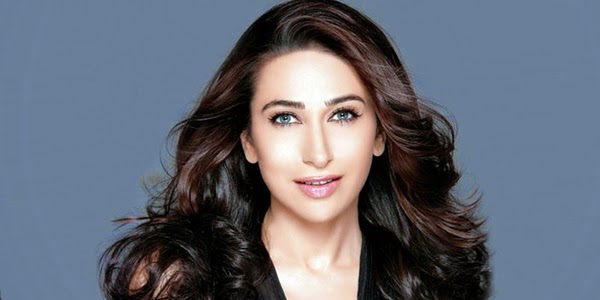 Hailing from Kapoor clan had an advantage that Karishma Kapoor was able to make an easy debut in D. Rama Naidu’s PREM QAIDI, a remake of Telugu film PREMA KHAIDI. However after the success of the movie she had to face many obstacles as a row of movies like JAAGRUTI, NISHCHAIY, SAPNE SAJAN KE, DEEDAR, MUQABLA bombed at the box office.

Being a Kapoor scion the media targeted her most but she took all criticism valiantly and proved the critics wrong with her outstanding performance in Aamir Khan’s RAJA HINDUSTANI and went away winning the Best Actress Filmfare award. The highpoint of this award was that she had tough competition from her contemporary actresses like Juhi Chawla in DARAAR and Manisha Koirala in an offbeat performance in KHAMOSHI: THE MUSICAL. In additional Karshima had toughest competition from Seema Biswas in Shekhar Kapur’s masterpiece movie BANDIT QUEEN, for which she had already won an Best Actress National Award but the Filmfare jury gave decision in favor of Karishma Kapoor. 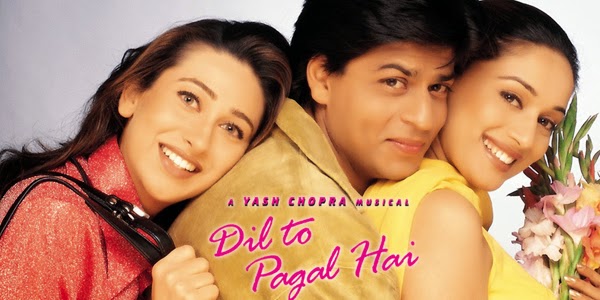 After RAJA HINDUSTANI, Karishma Kapoor had a great opportunity to act opposite Madhuri Dixit in Yash Chopra’s DIL TO PAGAL HAI. Speaking about this movie, Karishma Kapoor in an interview said, “You would be surprised to know that I was the fifth choice after five leading actresses had turned down the role feeling the role was inferior as compared to the leading actress Madhuri Dixit.”

She informs, “Adi Chopra had in mind Manisha Koirala as his first choice. But she turned down after listening to the script. Adi then approached Juhi Chawla but she too had other thoughts. Next in line was Kajol but Kajol too declined the role. Finally Urmila Matondkar gave the nod and started shooting but I was destined for the role as after a day’s shooting Urmila Matondkar abandoned the movie and Adi contacted me. I consulted my mother and she told me to take the challenge and her advice proved a boon.”

The movie not only displayed the histrionics of Karishma Kapoor but also fetched her National Film Award for Best Supporting Actress for her superlative performance in DIL TO PAGAL HAI.
Posted by Unknown at 12:59 PM No comments: