Readers would be surprised to know that Anuradha Paudwal, who made her debut with the legendary music director S.D.Burman in the movie ABIMAAN in 1973, had to struggle for over two decades until music magnet Gulshan Kumar of T-Series music cassette discovered her and made her a star. 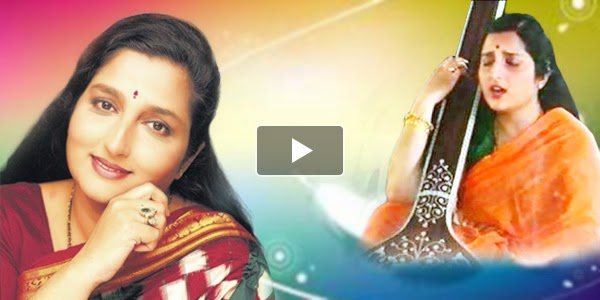 Recalling her first encounter with S.D.Burman Anuradha Paudwal in an interview said, “My husband Arun Paudwal was a music arranger for S.D Burman but he never took my singing abilities seriously. Also it was that period when Lataji and Ashaji were rulings the industry. However my father-in-law was my source of inspiration. He would constantly keep telling my husband to make me sing but he would retort, ‘It's not so easy, look at the competition.’

She continues, “However one day Arunji recorded a shiv sholka in my voice because S.D.Burman wished to have the opening sequence of ABIMAAN with a shiv sholka. Since Lata Mangeshkar was out of country for an important assignment hence Arunji insisted Burmanda to listen to my voice. Listening my voice Burmanda was bowled over and gave me a chance. The sholka gave me much recognition because listeners felt it was sung my Lataji.” 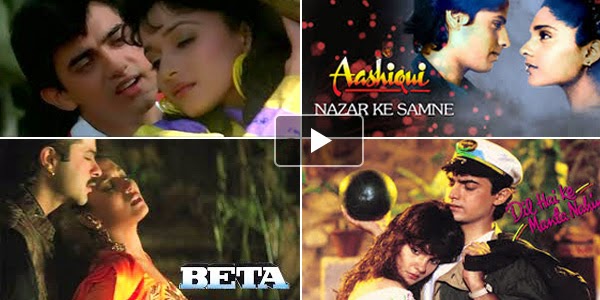 Despite such a important break a later many more songs in movies of 70’s 80’s lady luck smiled on Anuradha Paudwal when she met Gulshan Kumar. Recalling her meeting with Gulshan Kumar Anuradha confides, “I met Gulshan Kumar at a point where I had been singing for 12 years and still struggling. I was not getting the kind of top quality songs that I felt I should be singing and the top recording labels were still loyal to Lataji and Ashaji.”

Posted by Unknown at 3:33 PM No comments:

Out of the seven films like A GIRL WALKS HOME ALONE AT NIGHT (US), QUANDO EU ERA VIVO/ WHEN I WAS ALIVE (Brazil) and LA PROCHAINE FOIS JE VISERAI LE COEUR/ NEXT TIME I'LL AIM FOR THE HEART (France), which featured under the genre, HAIDER was the only Asian film selected across the globe. 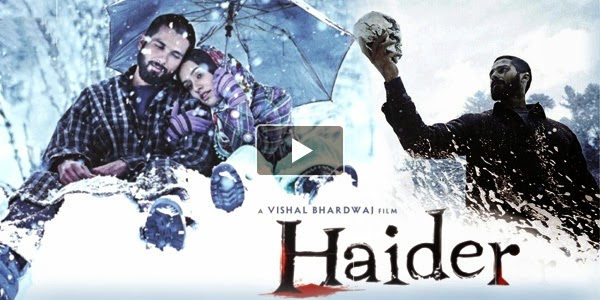 Elated at the award, Shahid Kapoor tweeted, "It’s a moment of immense pride that the movie has got this award at the festival.” He added, “HAIDER is the First Indian film to win the main category of People’s Choice Award at Rome film festival!”

Filmmaker Vishal Bhardwaj briefing media said, “It is really amazing that the movie was watched by over 90% Italians, when the truth is Indian films are usually ignored by the foreign audience.” He added, “The movie captivated the audience as few who had visited Kashmir, were bowled over by the authentic presentation of the trial and tribulations of Kashmirs depicted in the movie.”

"The award proves that if you put your heart in a movie, it can move people beyond borders,” quipped Vishal Bhardwaj.

He added, “HAIDER focuses on the vital issue of Kashmir and I wished to take the issue at world level. Thank god with this award I have been able to reach a small section and hope to reach worldwide.”

Actress Shraddha Kapoor, who played Shahid’s love interest in the movie, also shared the good news with her fans. She tweeted, “We WON! #Haider – the 1st Indian film to win the main category of people’s choice award at Rome film festival! So humbled, grateful and proud!”

it seem this is the first award of the season for HAIDER and the list is sure to be long when the film awards races begin next year from January 2015.