Rajinikanth's ENTHIRAN 2 and Prabhas' BAAHUBALI 2 go on floor on the same day!

No doubt Rajinkanth’s ENTHIRAN and Prabhas' BAAHUBALI have taken South Indian Cinema to dizzy height of popularity, particularly in Bollywood and in International cinema. Both the films wrote new box office history in Bollywood and foreign market that was never been seen before. In fact the sequels of the both the movies are now most anticipated not just by South India film fans but by fans of Bollwood as well as foreign countries.

The good news is that both the sequels, incidentally, kick-started on December 16, 2015. Though Rajinikanth was busy shooting for KABALI in Goa but he flew down to Chennai for the commencement of ENTHIRAN 2. 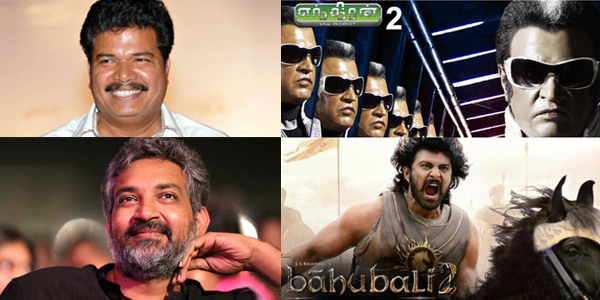 According to sources close to the film Shanker conducted the first day shoot with pomp and spectacle in Chennai. From tomorrow i.e. December 17 he wiil start shooting the first portion of the film with scenes that do not require Rajinikanth. The shooting is being held at an enormous set erected in the EVP Theme Park, situated on the outskirts of Chennai-Bangalore National Highway. Initially a ten days shooting schedule will be picturised here and later it will move to Bolivia.

What readers may not know is that December 16 is a very important date, no not due to any religious significance but it has a great place of pride in Indian history.

Any Guess? Well it was on December 16, 1971 India registered its victory over Pakistan in the Indo-Pakistani war of 1971. The day is thus celebrated as 'Vijay Diwas'!

One hopes both ENTHIRAN 2 and BAAHUBALI 2 achieve Vijay i.e. success at the box office across the globe more than their originals. 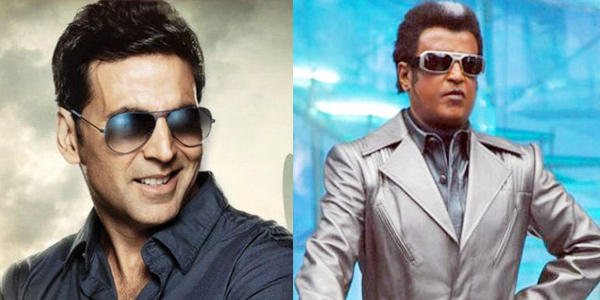