After the demise of legendary singer Mohammad Rafi may singers like Anwar, Shabbir Kumar tried to fill his void. One among the many was Mohammad Aziz, the talented singer, who has the distinction of singing for Amiatbh Bachchan in almost 22 movies. Mohammad Aziz turns 60 today; Raaga.Com wishes him birthday greetings and unravels his association with Amitabh Bachchan. 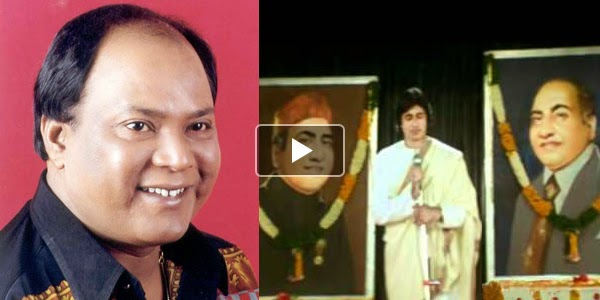 Born in a family where music was taboo, young Mohd. Aziz rebelled against the family and learned the nuance of music under Ustad Ameer Ahmed Khan, an exponent of the ‘Kirana Gharana’. Being an avid devotee of eminent singer Mohammad Rafi, Mohammad Aziz, later made a great name for himself singing Mohammad Rafi songs on stage and at Film Nite Shows. It was during one of these Nite Shows, Anu Malik, heard Mohammad Aziz regaling audience with Rafi hits ‘Ham Kaale Hain To…’ (GUMNAAM), ‘Mere Paeron Mein Ghunghroo…’ (SUNGHURSH). He contacted him and offered him the movie MARD, starring Amitabh Bachchan.

Recalling his meeting with Amitabh Bachchan, Aziz in an interview said, “I first met Amitji during the trial recording of the song Mard Tangewala Mein Hoon Mard…Manji (Manmohan Desai) and Anuji (Anu Malik) had finalized me. My acid test was to impress Amitji.” He added, “Anuji had asked me to be cool and instead of imitating Rafi Sahab, he advised me to sing in my own style.” 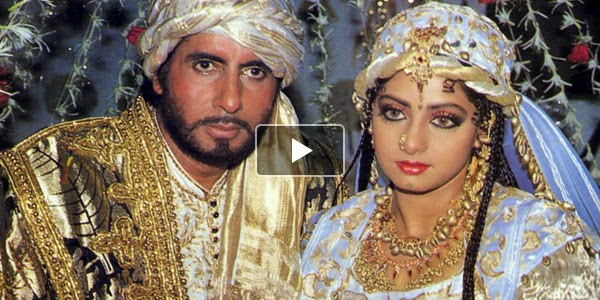 Remembering the D-Day, Mohammad Aziz said, “Though I had done my riyaz and was confident but my excitement knew no bound. However when I met Amitji all my nervousness drained off watching his earthy nature. He greeted me with warmth and observing my anxiousness he pepped me up with encouraging words.”

A LONG WAIT FOR THE LOVER

It is definitely not an easy task for a girl to keep waiting for her lover to arrive. Keeping one in mind, she always yearns about being together with him. Sometimes it may be due to destiny that they are separated for a while but ofcourse they may reunite eventually, but the wait ofcourse is very painful. In many movies, we can see the girl waiting eagerly to reunite with her lover. Here’s a peek into songs where we can see this visually happening! 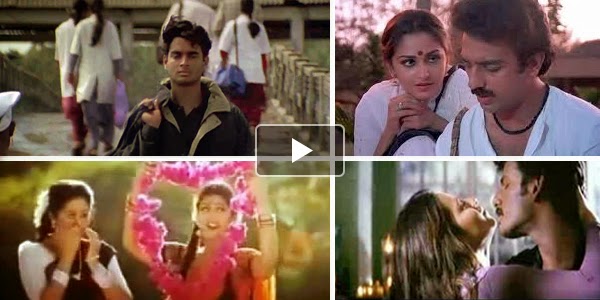 In the song ‘vellaikaara muttham en deham engum’ from the movie Chellamey, we see the actress singing joyfully in the shower! Her wait her is a very happy one for a change and she is seen imagining his arrival and both of them having a wonderful time together. Another happy instance where the heroine is eagerly waiting for her prince charming’s arrival is seen in the song ‘Malligaye Malligaye’. She is seen dancing away to glory, sharing the happiness with her sister but waiting for her hero. This song is from the movie – Ninanithen vanthaai.

But this trend has been witnessed in earlier movies too. A classic example is the song ‘mouna maana neram’ where yet again the actress is seen waiting for the arrival of her hero – Kamal Haasan in the movie Salangai Oli. Jayaprada has ofcourse done a brilliant job and looks extremely ravishing.

Dating even earlier than this movie is the song ‘Kaathiruppen Kaathiruppen’ from the movie Sengathu Boomiyile. ‘Kaalamellam Kaathirupen’ is also another song that reinforces the thought with the lady to keep waiting for the beloved.

A very recent song that completely fits the bill here is ‘Yevano oruvan’ from Alaipayuthey. Having been separated because of destiny, we see Shalini waiting eagerly for Madhavan’s arrival, to see her and get back to her.
Posted by Unknown at 10:32 PM No comments:

SOUL-TOUCHING - FROM PARENTS WITH LOVE

In the fast paced world, and considering that the mindset of the current generation is more ‘on-the-go’ sorts, emotions stir up to them only when there emotionally high value songs, that successfully trigger the deepest of emotions within them, the the parents not going to be with them always..the sudden realization that staying with parents through out one’s life never works. 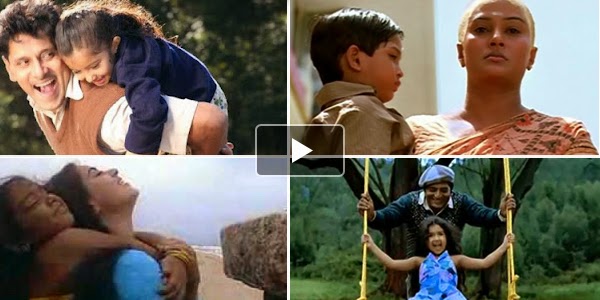 In the recent times, one soul-touching song that even bagged a lot of awards is the song ‘kangal neeye kaatrum neeye’ from the movie Muppozhuthum un karpanaigal. The song’s lyrics and the sober tune used carries a lot of depth for the song making it a hit amongst the listeners.

Another beautiful number is ‘Aararo Paada Ingu’ from the movie Aadhalal Kadhal Seiveer. The point to be noted in this song is that it traces back to a flash back setting where the parents reminiscence about the kids growing up.

‘Oru deivam thanda poove’ is a beautiful song from the movie Kannathil muttham ital which features the mother and daughter in the video (Simran and Keerthana). Yet again it is the lyrics and the wonderful score by Rahman that makes each one of us feel connected to our parents in one way or the other while listening to it.

A movie that released keeping in mind the current generation was Abhiyum Naanum. Although the daughter gets married against her dad’s wishes, the story portrays the love a dad has for the daughter. The song ‘Vaa vaa en devathaiye’ is a beautiful song, where we genuinely realize the power of love every parent showers for their kids.

Although mentalluy challenged in the movie ‘Deiva Thirumagal’ , the love for the lead character for his child is impeccable! The song ‘Aaariro Aarariro’ is yet again a powerful song that brings out the love a parent has for the child.
Posted by Unknown at 4:03 AM No comments:

Director Nikhil Advani, who made Shah Ruk Khan starrer KAL HO NAA HO is in dilemma after Kareena Kapoor declined to work in his upcoming film opposite hubby Saif Kapoor. 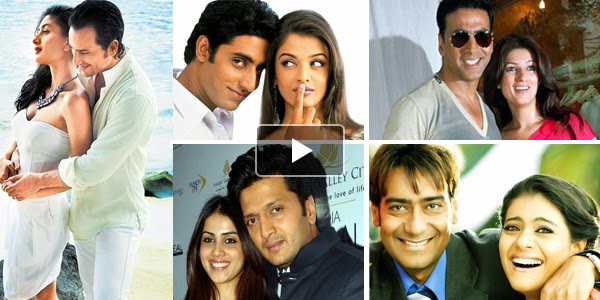 A Bollywood trade analyst welcoming Kareena’s verdict said, “Kareena Kapoor has taken a wise decision to decline acting opposite her husband Saif Ali Khan because history is packed with umpteen examples where real life couples have always flopped to charm movie buffs on screen.” He added, “After considering the consequences of KURBAAN and AGENT VINOD at the box office, Kareena is right to decline acting opposite Saif.”

True indeed. A look down memory lane reveals that even the hottest pair of the 70’s Dharmendar and Hema Malini that worked in as many as 29 films as lead actors and gave several hits like SEETA AUR GEETA, JUGNU, SHOLAY, DOST, PRATIGGYA etc. was a failure when the duo married. Besides Bollywood thespian Dilip Kumar and her wife Saira Banu too could not give any hit after their marriage. The duo did three films after marriage GOPI, BAIRAAG and DUNIYA, all three were major disasters at box office. 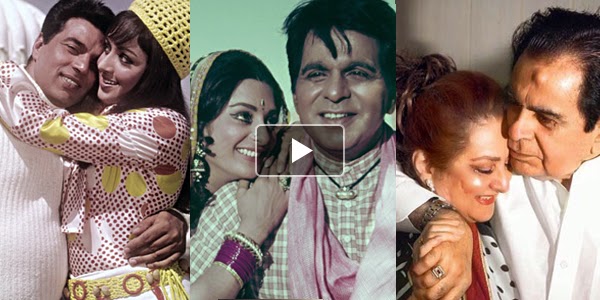 What’s more even Kajol and Ajay Devgn Kajol who gave hits like PYAAR TOH HONA HI THA', ISHQ etc before marriage were rejected as hero and heroine after marriage. Similarly Bollywood couples like Akshay Kumar and Twinkle Khanna, Riteish Deshmukh and Genelia D'Souza, Abhishek Bachchan and Aishwarya Rai
Posted by Unknown at 2:56 AM No comments: