Bollywood cannot be complete without its naach ganas. Hence filmmakers leave no stone unturned to make the songs and dance picturisation mesmerizing. Millions of rupees are spent to shoot a single song. In a single song the hero and heroine change umpteen attires and locations. Budget for picturising a song many times goes haywire but producers don’t mind until the end result is incredible. 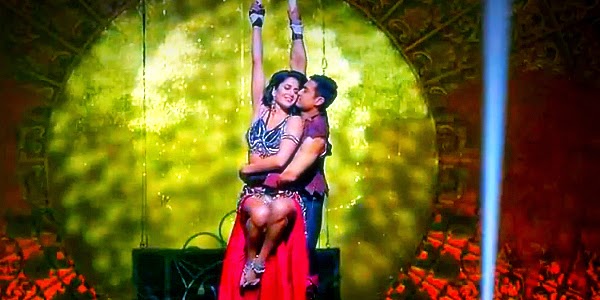 Recently Aditya Chopra spent over 5 Crores to shoot the song ‘Malang’ from Dhoom 3 (2014) featuring Aamir Khan and the sizzling Katrina Kaif. The highlight of the song was that along with Aamir Khan and Katrina over 200 professional gymnasts did daredevil acts making the song edge of the seat thriller.


The song was publicized as Indian Cinema’s most expensive shot ever. To make the claim authentic the report added that the shooting of the song took 20 days and the artist were trained in the US. 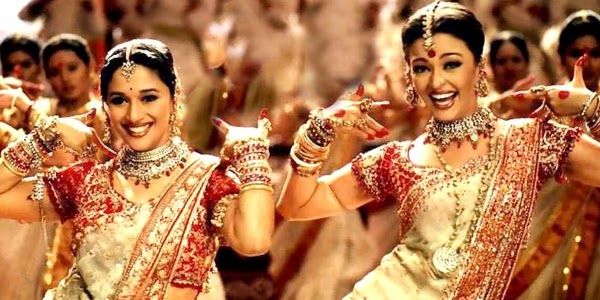 Besides this Akshay Kumar and Sonakshi Sinha starrer BOSS (2013) had a song 'Party All Night' that was reportedly shot for a budget of Rs 6 Crore thus claiming to be film industry’s most expensive shot ever!

However filmmaker Rohit Shetty declined to believe as he stated that he had shot the song ‘Tha Kar Ke… for his movie GOLMAAL RETURNS in 2008 at the cost of Rs 6 Crore!! 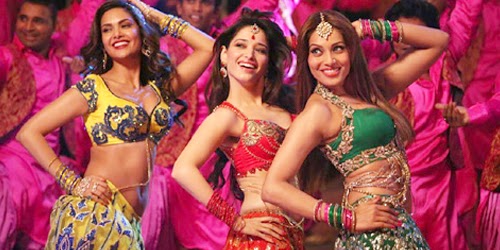 Now there are reports about Sajid Khan’s song 'Piya Ka Bazaar…' for his forthcoming movie HUMSHAKAL being shoot for Rs. 2 crore and claims being made to be the most expensive song!!!

In the past Sanjay Leela Bhansali credited his song Dola Re Dola... in DEVDAS as the most expensive song.

One wonders are these figures given in media genuine or are just publicity stunts to promote their movies.
Posted by Raaga.com at 5:56 PM No comments:

RajeshRoshan, the splendid music composer who has the reputation of giving several hits for his elder brother Rakesh Roshan’s movies like KAHO NAA... PYAAR HAI, KOI... MIL GAYA, KISHEN KANHAIYA, KHOON BHARI MAANG etc. has also the distinction of giving multiple memorable songs for other films like JULIE, YAARANA, MR. NATWARLAL, KHATTA MEETHA, INKAAR etc. However it’s a tragedy that the film industry has failed to exploit his potential to the hilt. 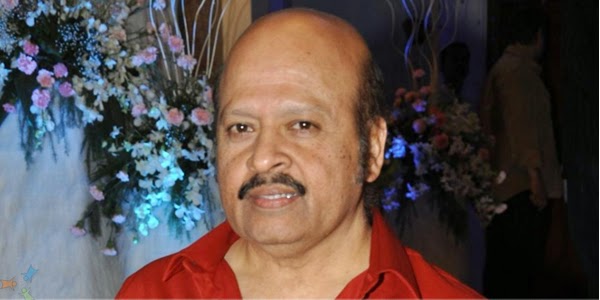 The eminent music director will turn 59 on May 24. Raaga.Com wishes him birthday greetings and prays for his good health and a prosperous career in Bollywood.

In an interview Rajesh Roshan had said, “Mehmood bhaijaan had a fine ear for melodious music. Hence when he found that I had a command on sentimental songs he decided to take a gamble on me.” He continues, “When he told me about a soulful lullaby (Aa Ri Aaja Nindiya… ) I immediately composed an emotional tune. Bhaijaan ( Mehmood loving called ) closed his eyes and instantly approved the tune.”

However the most difficult song that made Rajesh Roshan go hysterical was the fulfilled song 'Saj Rahi Gali..', sung by Mohammed Rafi and picturised on eunuch (Hijras). Recalling the recording of the song Rajesh goes nostalgic, “This was the first song that I recorded for the movie. Bhaijaan had this wonderful idea to incorporate the voice of eunuchs. It is the first song in the annals of Indian Cinema to be sung by the eunuchs.” He informs, “Initially when Bhaijaan decided to have the original eunuchs sing the song everybody began to laugh thinking Bhaijaan was joking but Bhaijaan was serious.”

He adds, “On the day of recording there were 15 eunuchs and there was complete commotion in the recording room. After the recording I felt I had messed up with song but Bhaijaan was confident that song will hit the bull’s eye. And as expected the song became a national craze and topped the Binaca Geet Mala hit parade on radio. In those days Binaca Geet Mala was the only countdown show that had tremendous popularity, not only in India but in Asia. It was broadcast from Sri Lanka Radio and anchored by Ameen Sayani.”

In PART –II read how Rajesh Roshan learned the nuance of music from his father Roshan.
Posted by Raaga.com at 4:53 PM No comments:

Birthdays have always been fun! Birthdays are special for all of us as we celebrate the happiness of our near and dear ones being a part of our life. Birthday’s although make us older, we always feel young at heart while we celebrate our birthday’s. 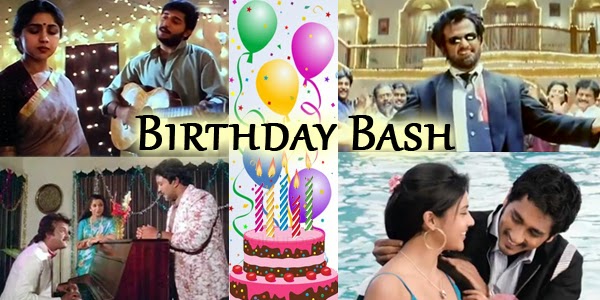 Birthday’s have been a significant part of Tamil cinema and have been used in many songs. A wonderful song is ‘Oh oh oh kick erudhey’ from the movie Padayappa where we see the Superstar is celebrating his daughter’s birthday along with his family. When it is superstar , we cannot forget another song of his from the movie Dharmathin Thalaivan, the song ‘Thenmadurai vaigainadhi’ where he is seen sharing the screen space with the ace actor Prabhu.

One song that caught the attention recently in Sharreth’s music was from the movie 180, where we see the actress celebrating her birthday and the actor flooding her with gifts. This song is ofcourse as we all know is the wonderful ‘NeeKorinal’ sung by Karthik.

Another song where we see the heroine in a birthday party scene is in the movie ‘Ivan vera maathiri’ which released last year. The song ‘Enna marandhean’ has caught the attention of manyand is infact created a ripple for the kind of role portrayed by the heroine.

Rewinding back, another beautiful song that we cannot miss is ‘Nalam Vazha’ where we see Arvind Swami and Revathy in the scene. This song is from the movie Marubadiyum. A lovely romantic number the hero sings for the heroine on her birthday is the song ‘Vaanam vanthu’ from the movie Guru En Aalu.

A beautiful song that brings the beauty of a baby being born is the song ‘Azhagu kutty’ from the movie ‘Sattham Podathey’. Overall we all understand how beautiful the occasion is. No wonder, we always say –‘Happy birthday’
Posted by Raaga.com at 3:08 PM No comments: