The entire film fraternity came out in full force to wish birthday greetings to the dynamic Prime Minister Narendra Modi, who turned 64 on Wednesday. On the occasion, the prime minister met his mother in Gandhinagar and sought her blessings.

Further he called upon his party men and the citizens not to spent money on his birthday but instead contribute wholeheartedly for the victims of Jammu and Kashir who are struggling for survival after the worst hit floods. 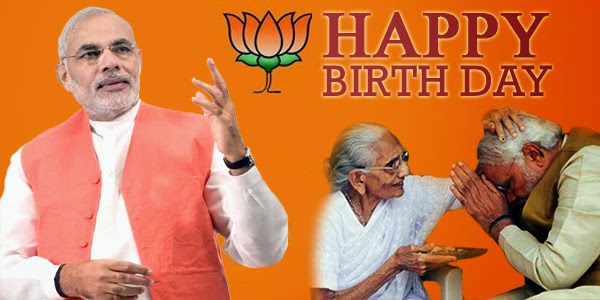 Ajay Devgn was the first to tweet. In his tweet he prayed Almighty bestow health and strength to Modi so that he could meet the expectations of millions of people of India looking up to him.

Actor Shreyas Talpade, who came to fame with his role in IQBAL quite innocently tweeted, “For the first time in my life I've felt like wishing a prime minister of our country a very very happy birthday.”

Filmmaker Madhur Bhandarkar in his wish hoped under able leadership of Modi a progressive India beckons. While eminent national and international film maker Shekhar Kapur, who made great films like MR.INDIA and BANDIT QUEEN tweeted, “Not sure you will get time to celebrate Sir, but happy birthday. Hope you stay healthy and strong.” 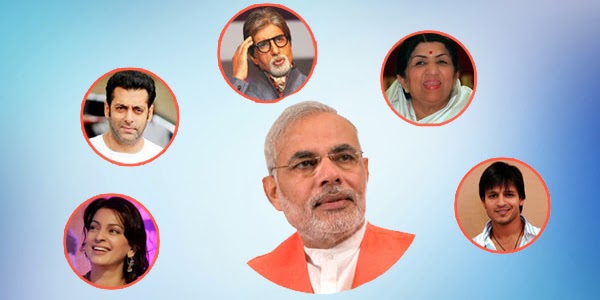 Others who wished Modi were actor Anupam Kher, Shreyas Talpade, Tusshar Kapoor, Randeep Hooda and others.

It may be remembered that just a few days back Salman Khan had appreciated Narendra Modi for his tremendous role in his 100 days in the house. Salman Khan had criticized the people who had doubted his ability saying “it has been just 100 days now; let's give him some more time - everyone deserves it. He is working from morning to night along with his team," 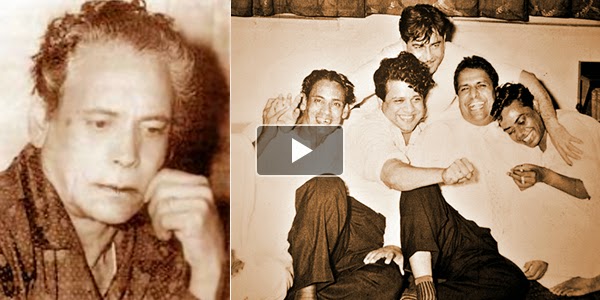 However what is painful is that while we hear these hit songs, we tend to forget the lyricist who has poured his heart out in the beautiful songs. Does anybody remember who has written these peerless songs? Well, he is none other but Hasrat Jaipuri, also termed by Bollywood as Monarch of romantic numbers. A careful reading of the song would reveal that all the songs I have mentioned a super romantic numbers, which was the specialty of Hasrat Jaipuri and till his death he was vibrant and wrote romantic numbers till 2004. 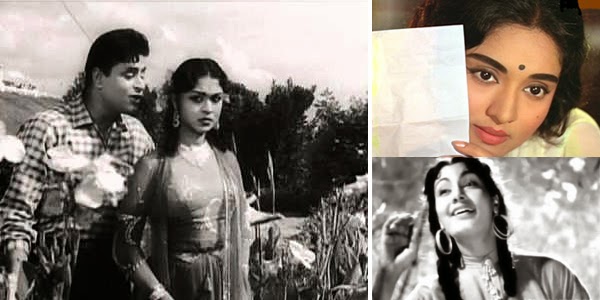 Born on 15th April, 1922 in Jaipur, as Iqbal Husain, he studied till tenth standard and then acquired education in Urdu and Persian from his learned grandfather, Fida Husain. He began writing poems at around his teens when he first fell in love with a neighborhood girl called Radha. He was a silent lover; hence he connived his love via a poem, Yeh mera prem patra padh kar, ke tum naaraaz na hona. But the 'letter' never got delivered to Radha, instead Raj Kapoor delivered it to the world as the everlasting tune for lovers of all generations in his movie SANGAM (1964).

Hasrat Jaipuri landed in Mumbai in 1939 and got himself a job of a Bus conductor with a monthly salary of Rs. 11/- per month. A romanticist by nature his poems usually catered to beauty and nature best remembered Teri pyari pyari surat ko kisi ki…

Hasrat’s destiny smiled when one of his poem’s published in a newspaper got attention of film-legend Raj Kapoor who called upon the editor and asked for the ‘poet’ to meet him. Hasraat’s first song was jeeya bekarar hain (Barsaat) and was an instant hit. His relationship with Raj Kapoor lasted from 1949-1971 and he came back in 1985 with Raj Saab’s RAM TERI GANGA MAILI with a super duper hit Sun saiba sun….

Posted by Unknown at 2:20 AM No comments:

Naseeruddin Shah: ‘My ‘Screen Test’ Was Eyewash To Deceive The Indian Press That An Indian Was Being Cast As GANDHI.”

Naseeruddin Shah after a long an arduous journey of over one decade has finally came out with his autobiography 'And Then One Day'. The autobiography besides coving the four decades of his illustrious career Naseer’s life from his childhood to his early film career concludes with his marriage to actress Ratna Pathak and the return of his daughter from his first marriage to India.

On being quizzed about the rather abrupt end, Nasser in a lighter mood, in an interview said, “This is the first part of journey. The Secord part is yet to be written.” However on a serious note he added, “I think the part after my marriage to Ratna and meeting with my daughter, there is not much drama in my life hence I decided to end on a pleasant note.” 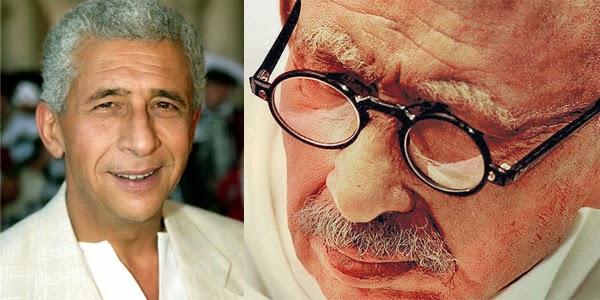 Though the autobiography has many anecdotes that may enlighten readers about the untold facts of Naseer but the most surprising part is how Hollywood film maker Richard Attenborough played with the emotions of Naseer and the Indian at large.

After showing dreams of casting him in the lead role as GANDHI, Richard Attenborough declined the role at the last movement as he had already cast Ben Kinsley, an English actor in the role as Gandhi and Naseeruddin Shah’s screen test in London was just eyewash to deceive the Indian press into thinking that an Indian was being cast as Gandhi.

Naseer recalling the incident laments, “I got an appointment to meet Sir Richard, who was impressed by performance in AAKROSH and termed me ‘maestro’. Hence my confidence was on sky nine. Also I was too confident that there couldn’t be an English actor who could manage the resemblance of Mahatma Gandhi. Thus I cancelled many of Bollywood movies and rushed to London with utter buoyancy.”

“However the movement I entered Shepperton Studios in London, I was aghast to see the back of Ben Kingsley and his shaved head. My heart sank. He turned around as we were introduced. All my enthusiasm fizzed out as the actor looked more like Gandhi than I ever could. I was heartbroken and felt my screen test was eyewash to deceive the Indian press into thinking that an Indian was being cast as Gandhi.”

Dreams rarely come true twice over. But it happened for Naseeruddin Shah, who got the opportunity to portray Mahatma Gandhi on screen in in Kamal Haasan's HEY RAM and Feroze Khan's play MAHATMA VS GANDHI. Naseer had termed these roles as prized roles as he says, "The part of Gandhi has fascinated me and eluded me for years. Now, of course, he's twice blessed.”

Posted by Unknown at 1:59 AM No comments: