Shah Rukh Khan and Salman Khan yet again at loggerheads?

Shah Rukh Khan and Salman Khan are yet again at loggerheads, though not literally but will be having a clash during Eid festival in 2016 with their respective movies.

Salman Khan is known for exploiting Eid, the Muslim festival. Remember since 2009 when his WANTED hit the jackpot, Salman has been consistently tapping the Eid festival and minting money. Remember DABANGG (2010); BODYGUARD (2011); EK THA TIGER (2012); KICK (2014) 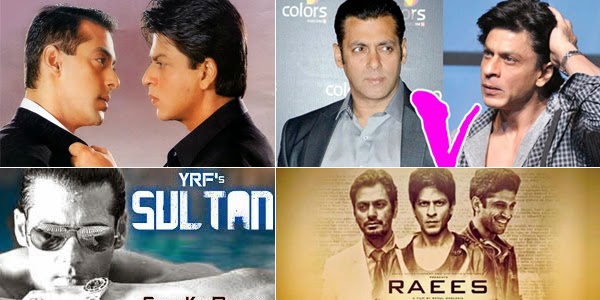 However Shah Rukh, on the other hand, made his Bollywood debut with super hit BAAZIGAR, a Diwali release in 1993. Hence he preferred a Diwali release. All his initial releases on the festival of Diwali were blockbusters. DILWALE DHULANIYA LE JAYENGE (1995), DIL TO PAGAL HAI (1997), KUCH KUCH HOTA HAI (1998) DON (2006); OM SHANTI OM (2007) and MOHABBATEIN (2000). However after he tasted success with CHENNAI EXPRESS, an Eid release he has decided to tap the Eid festival.

Thus both the Khans are planning to release their respective films. According to reports Shah Rukh plans to release his Rahul Dholakia's RAEES, while Salman Khan is aiming to have his Yash Raj Film SULTAN. There is tug of war between both Shah Rukh Khan and Salman Khan to exploit this festive season of Eid.

Can a nation, which honors it’s citizen with the country’s highest civilian honor like Padma Shri confiscate the same recognition from the individual for indulging in a crime as petite as a brawl?

Well the BJP government seems to be doing the same by striping the Padma Shri Award bestowed upon actor Saif Ali Khan for indulging in a violent act against a South Africa-based businessman in Mumbai’s posh Colaba restaurant in 2012! Though the decision is yet pending but efforts have been accelerated by the Union Ministry to take quick action and the Mumbai police are being pressurized to act sternly against Saif Ail Khan. 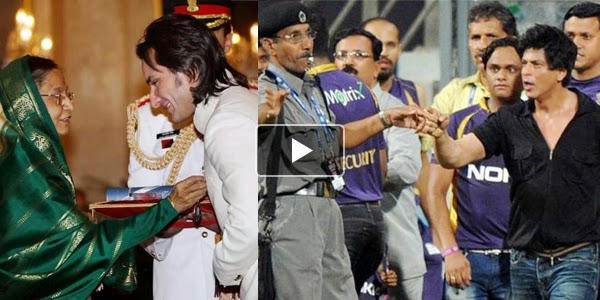 Responding to Mr. Agrawal’s complaint the Union Ministry has initiated action and has begun pressuring the Mumbai Police to speed up the case which is pending since several years.

However Krishna Prakash, additional Mumbai CP (south region) denied knowledge regarding any such communication from the Union Home Ministry for a report on the Saif Ali Khan case. Even the senior PI Rameshwar Suple expressed ignorance in the matter.

If the government begins dancing on the tunes of such RTI complaints then many celebrities and distinguished citizens of India will be stripped of their prestigious ‘Government Honor’ because ‘To err is human’ and there is no mortal on earth, who has not done some sins.

For instance Shah Ruk Khan is awarded Padma Shri, so should the government also strip his Padma Shri honor for his infamous brawl at Mumbai’s Wankhede Stadium?

Posted by Unknown at 4:24 PM No comments: