After the current lot of South Indian actor trying their luck in Bollywood like and Ram Charan Teja ( ZANJEER), Prithviraj (AIYAA), Suriya (RAKHTACHARITRA), Rana Daggubati (DEPARTMENT), Siddharth (RANG DE BASANTI) and of course Dhanush (RAANJHANAA), yet another South actor, Rajith Menon, known for his hits films in Malyalam and Tamil film industry is making his Bollywood debut with HOTEL BEAUTIFOOL.

After giving a series of hit films in South like UP AND DOWN: MUKALIL ORAALUNDU AND DAIVATHINTE SWANTHAM CLEETUS, NATHU YAARO, GOLDEN CHANCE Rajith Menon is making his foray in Bollywood. However readers would be surprised to know that prior to HOTEL BEAUTIFOOL, Rajith Menon, had been offered several Bollywood movies but he rejected as he was looking for a perfect role that can establish him in Bollywood. 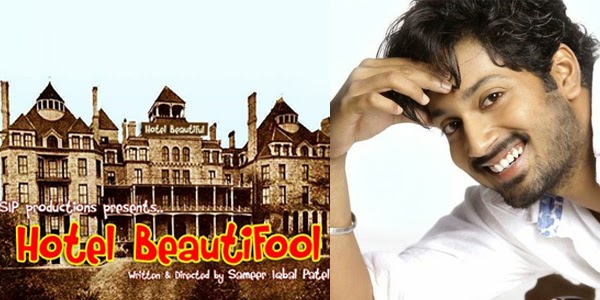 “I have been getting offers from Bollywood for quite some time but i didn't feel like being part of it. I almost got five scripts from Bollywood before HOTEL BEAUTIFOOL,” informs Rajith Menon.

Speaking about his role in the movie Rajith Menon said, “The movie’s director Sameer Iqbal Patel is a young man. When he contacted me for the role of a South Indian character in his movie, I was quite impressed by the role as it had shades of comedy. I immediately nodded because I was getting an opportunity to experiment with comedy.”

Taking about the film, Ranjit informed, “The movie HOTEL BEAUTIFOOL is an excellent comedy and has comedy king Johnny Lever. The other high light of the film is comedy actor Imam Siddique, who became a household name after he appeared in BIGG BOSS.”

Posted by Unknown at 2:43 PM No comments:

Akshay Kumar Unveils The Trailer Of The Shaukeens

The much anticipated trailer launch was studded with the entire star cast, Annu Kapoor, Akshay Kumar, Piyush Mishra, Anupam Kher along with the director and the dazzling beauty Lisa Haydon, who plays the lead heroine. Lisa Haydon has just come to fame with her role in the movie QUEEN. 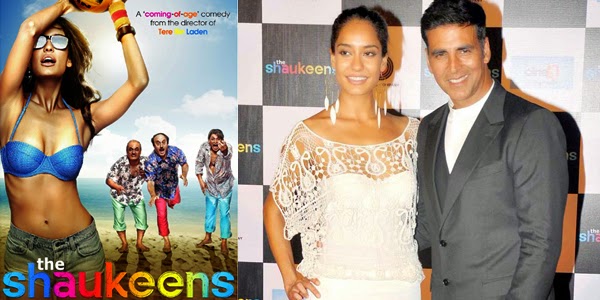 The trailer depicted Akhsay Kumar in a new light, as he plays an alcoholic version of himself. Akshay Kumar, who plays a special appurtenance in the movie, dedicated the trailer to the original SHAUKEEN directed Basu Chatterjee.

Readers may recall the original version had Bollywood veterans Ashok Kumar, Utpal Dutt and A.K.Hangal, the three lecherous old men, who go out on a trip to Goa to have fun with a club dancer Rati Agnihotri. Mithun Chakraborty was the hero, who is driver, who takes the three men to Goa. 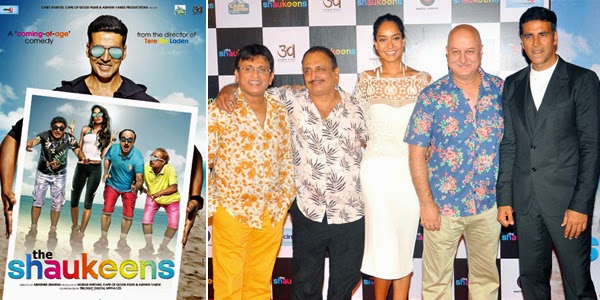 Akshay Kumar, who will be seen in a special appearance said, “I am playing a special appearance in the film. I am playing myself in the film and the only thing that was added in my character was that I am shown as an alcoholic in the movie which is different from my real life character. I had a great time shooting for this film," He added, “But it's my film and I am happy about it and I will support the film in every way.”

The movie is directed by Abhishek Sharma, he said, “I have managed to tickle the funny bone and give a new lease comedies in Bollywood.”

Lisa Haydon, the heroine said, “I am extremely excited about ‘Shaukeen’. Working with all the veterans like Anupam Kher, Piyushji, Annu Kapoor was super fun. It was a learning experience for me and I feel blessed to be part of ‘Shaukeen’ remake.”