Veteran actor Shashi Kapoor, on Monday became the third in the Kapoor clan to be bestowed with the prestigious Dadasaheb Phalke Award, the highest award in cinema. This award is given to a person for his or her ‘outstanding contribution to the growth and development of Indian cinema’.

Responding to the award Shashi Kapoor’s first reaction was "Me? I got it? And then he chuckled." 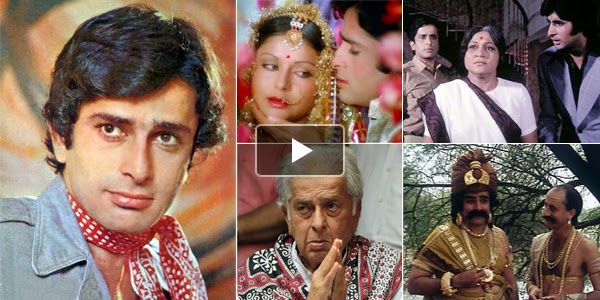 Frankly speaking Shashi Kapoor’s reaction is valid because the film industry has never taken Shashi Kapoor seriously. In his career ranging over four decades he has always been written off by critic despite giving hard hitting and sensitive performances in movies like DEEWAR, KABHI KABHIE, JAB JAB PHOOL KHILE’, KALYUG, JUNOON etc.

The Filmfare awarded him just one award for his superlative performance in DEEWAAR but that too Shashi Kapoor declined to receive as he was awarded Best Supporting Actor award. Shashi Kapoor argued he was the hero as he not only played a pivotal role but also had two songs with the heroine (Neetu Singh). Hence he did not accept the award.

Though the so called popular awards discarded Shashi Kapoor, the National Award was kind to him as he won three national awards, two national awards for his brilliant performances in offbeat movies like NEW DELHI TIMES (1986) and IN CUSTODY (MUHAFIZ In Urdu) (1993). Shashi Kapoor won one national award as Producer for making a masterpiece movie JUNOON (1979).

Kunal Kapoor, son of Shashi Kapoor, who played the protagonist in Shashi Kapoor’s movie VIJAYTA commenting on his papa’s reaction said, "I think he must be quite chuffed because his father won it as well.”

Rishi Kapoor, nephew of Shashi Kapoor elated at his uncle receiving the honor said, "I don't think the award is delayed honour. Shashi Kapoor was a visionary who did films that were ahead of their time."

Who will break the jinx - New Zealand or South Africa?

New Zealand and South Africa are once again the Semi- finals of World Cup and aspiring to break the jinx!

While New Zealand has been into the semi- finals six times, South Africa has been three times and incidentally both the teams have never been able to reach the finals! However this time, both the teams are confident of breaking the jinx when the two clash at the beautiful Eden Park in Auckland on Tuesday with a hope to end years of pain and near-misses.

The jinx is sure to break because one team is certain to go into the finals but the million dollar question is – which team will qualify to the finals?

Both teams are playing aggressively, playing an entertaining style of cricket and both teams are trying to win key moments rather than not lose them. 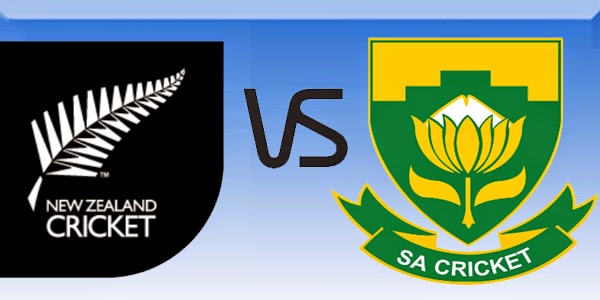 However a close monitoring of the two team’s performance reveals that New Zealand has won all the matches and looks fierce; on the other hand South Africa has lost twice in the group matches. Hence the New Zealander’s have an upper edge. Another added advantage to New Zealand is that they are playing in front of a passionate home crowd of 40,000 at Eden Park!

And last but not the least, New Zealand are on the most glorious of runs: nine ODI wins and counting. Each match of this tournament has thrown up new heroes: Brendon McCullum, Corey Anderson, Tim Southee, Kane Williamson, Trent Boult and, latterly, Martin Guptill can be known as the Super Six, while they have had more than a little help from their team-mates.

In contrast South Africa's tournament has not been anywhere near as seamless with the notable group-stage defeats against India and Pakistan, the latter of those at Eden Park. However, their overwhelming performance in the quarter-final against Sri Lanka - their first World Cup knockout victory - has ensured that, at least for a short while, AB de Villiers can experience something his predecessors have not. Winning a crunch game!

Another jolt for South Africa is that when the two teams met in the knockout stages four years ago - the quarter-final - New Zealand won by 49 runs in Dhaka. Thus overall New Zealand thus has an edge over South Africa.

However Proteas captain AB de Villiers discards the past. He said, "It's silly to focus on the match played in the past. I believe if we play to our full potential, nobody is going to stop us in this tournament. We're confident in our abilities as a cricket team. We've played some really good cricket in New Zealand. In the last five ODIs we've come out on top, and that's what we focus on now."

A confident New Zealand Captain McCullum said, "The way we've been playing is pretty exciting, For us to win World Cups in crunch games, we need to remain true to that and I wouldn't expect that it will change on Tuesday."

Eminent Bollywood actress Shilpa Shetty and her husband Ripu Sudan Kundra, popularly recognized Raj Kunder has been booked by Kolkata Police under the grave charge of conning naive investors by promising them to multiply their investment 10 times!

Director Debashis Guha of MK Media Private Limited in his complaint reported that the duo operated their conning business from a posh office at Bandra in Mumbai. 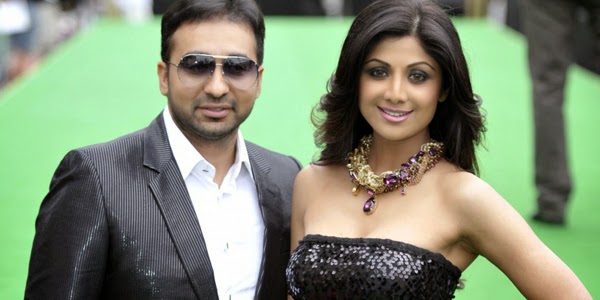 Debashis Guha briefing media said, “The duo approached me and promised me to multiple my Rs 9 Crore in two years. They gave allotted me 30 lakh equity shares but when I found the shares to be bogus I lodged a complaint.”

Deputy Commissioner of Police Murli Dhar in its statement stated, “We have registered a case against Shilpa and her company on the charges of criminal breach of trust, cheating, extortion, criminal intimidation and criminal conspiracy.”

It may be noted that earlier in the IPL season 2013 Shilpa Shetty’s husband Raj Kundra had been accused of betting and match fixing. The Supreme Court in its 130 page verdict had declared Raj Kundra guilty of betting.
Posted by Unknown at 3:17 AM No comments:

Will Sydney Cricket Ground be a boon in disguise for India in WC Semi Final?

The Australian cricketers are known to be bigheaded and haughty hence there is no wonder that they are eyeing to put brakes to India’s winning streak during the coveted and thrilling World Cup semi-final clash at the Sydney Cricket Ground on Thursday. In a statement Australia batting star Glenn Maxwell boosted, "India haven’t won a game against us all summer. I hope that is pretty clear in their memories. We've been dominant all summer in the ODI format. Hopefully we can continue that." 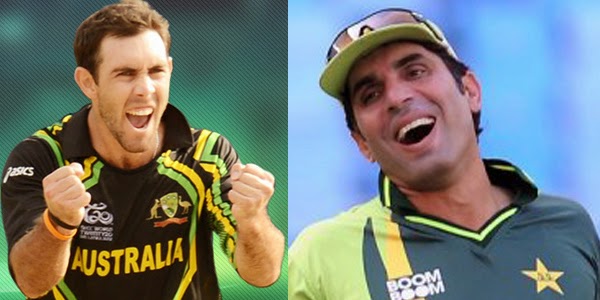 Misbah said, “India have got a chance because they are playing in Sydney and the Sydney pitch, everybody knows, there's a little bit for the spinners, and both their spinners R. Ashwin and Ravindra Jadeja are bowling well.”

To emphasis his point he pointed, “When we played against England there the spinners got great success. Similarly in the quarter-final at the same stadium when we played against Sri Lanka our ace spinner Imran Tahir got wickets. Hence Australia might be in problem. Also, playing against spin has been the weak point of the Aussies.”

However Australia captain Michael Clarke disagreeing with Misbah-ul-Haq said, "Even if the ground supports spin, we've got spinning options in our squad. I am confidence that whatever 11 is selected, we will play our best cricket and give ourselves every chance of winning that game in whatever conditions." 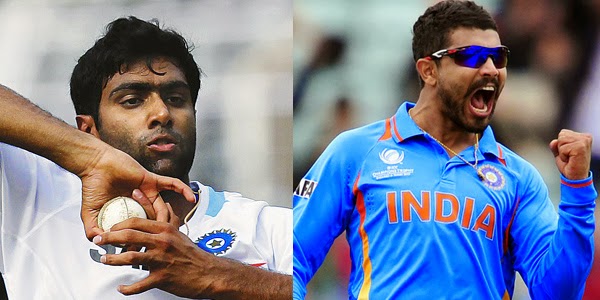 India, on the other hand has shown grit and confidence. The way Dhoni has led the team to amazing consecutive wins cannot not be mentioned in words. Truly how Indian have metamorphosed into a legend team in the making with their performance in the ongoing tournament is remarkable.

Come March 26 and India awaits semifinal glory and even though stats pit Australia as favourites, don’t count the Men in Blue out.

If they’ve broken the South African jinx in the World Cup, taming the kangaroos, which lack that experienced spinner, would be the tramp card that Dhoni and company would be working! Let’s hope Sydney Cricket Ground becomes a boon in disguise for Indian cricket team in WC Semi Final?
Posted by Unknown at 1:28 AM No comments: