S.D.Burman, the name is synonymous with music that was close to heart, melodious and that was identified by the layman. His tunes were once best described by eminent Radio announcer of yesteryear Ameen Sayani who said that Burman da’s tunes were a heady mix of the innocence of a child coupled with the intoxication of youth. True indeed because if on one hand he had the ability to make a classical folk tune Ore Majhi Mere Sajan Hai Us Paar… (BANDINI) to the Indian Classical number like Poocho Na Kaise Maine… (MERI SURAT TERI AANKHEN) to the naughty numbers like Raat Akeli Hai…(JEWEL THIEF). He had an unbelievable range.

Raaga.Com remembers the great music director on his death anniversary. 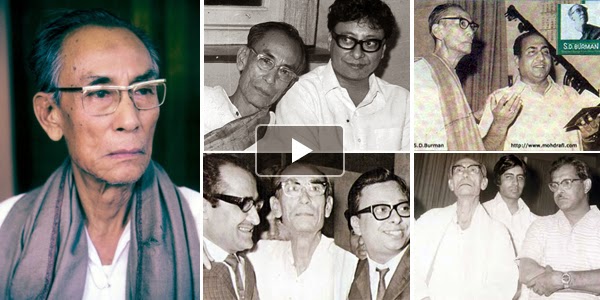 Born on 1 October 1906 Burmanda’s father was from the royal family of Tripura hence Burmanda could have lead a princely life. However for his passion for music Burmanda deserted the pleasure of royal hood and began wandering seeking training in music. He began his musical education learning under maestros like Ustad Badal Khan. He was also a disciple and follower of the legendary K C Dey (Manna Dey's uncle). He started his career composing and singing for the radio. He made his mark as a light classical and folk singer before taking up composing for Bengali films.

He came to Bollywood in 1946 on the invitation of Bollywood superstar Ashok Kumar and composed music for Bombay Talkies’s film SHIKARI. Though the movie was a debacle he stuck fortune with MASHAAL(1950) the song Upar gagan Vishal… was a runaway hit. Soon with hit songs like 'Mera sundar sapna beet gaya… (DO BHAI), Tadbeer se bigdi hi tadbeer bana le…BAAZI and Thandi Hawayein Lehra Ke Aaye… (Naujawan) S.D.Burman became a name to reckon. 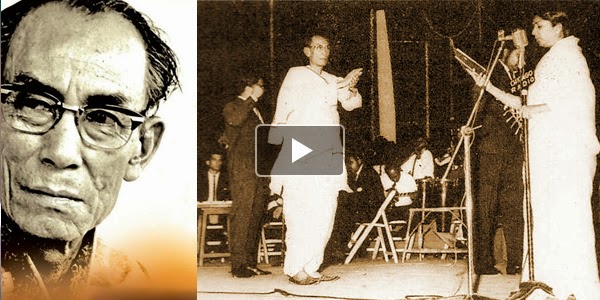 Burmanda worked with a wide variety of singers and brought out the best in each of their voices. Whether it was Suman Kalyanpur or Sudha Malhotra or Mubarak Begum he has given memorable songs to all. Singers like Lata Mangeshkar, Mohd Rafi, Kishore Kumar, Geeta Roy, Asha Bhosale, Manna Dey and Hemant Kumar came into prominence singing his tunes. To Kishore, Asha and Geeta he was akin to being a godfather.

Posted by Unknown at 2:48 PM No comments:

After the news of Bollywoood actress Lisa Haydon, who shot to fame with the movie QUEEN and will be seen sizzling on screen with Akshay Kumar in the movie THE SHAUKEENS, been hit by the deadly dengue, reports have it that veteran Bollywood actor Rishi Kapoor has been hospitalised for dengue and malaria at Lilavati Hospital at suburban Bandra in Mumbai.

The doctors treating Rishi Kapoor, father of younger generation heartthrob Ranbir Kapoor, said, “Rishi Kapoor was admitted to the Lilavati Hospital on Wednesday after he was diagnosed with dengue and malaria. He 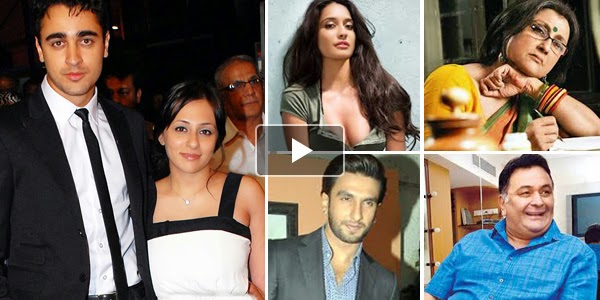 Reacting to the reports Neetu Singh, wife of Rishi Kapoor confirming the news said, “He was having fever for the past three days and complained of weakness. However on Monday evening his condition became quite sick and had to be rushed to Lilavati Hospital, where doctors diagnosed him for dengue and malaria.” She added, “There is nothing to panic. Chitu (Rishi Kapoor fondly addressed) is getting better.”

It may be noted that Dengue is a viral infection, transmitted through the bite of an infected Aedes mosquito. High fever, headache, muscle and joint pain, rashes are some of the symptoms of the disease.

Another Bollywood actor who was hit by dengue this year is Nikhil Dwivedi the actor who made his debut in 2008's with MY NAME IS ANTHONY GONSALVES. The actor has appeared in films including RAAVAN, SHOR IN THE CITY and HATE STORY. Dwivedi had fell ill while promoting for his film TAMANCHEY opposite Richa Chadda

The film celebrity who became victim of dengue this year in September include distinguished Bengali actor- filmmaker Aparna Sen and mother Bollywood actress Konkona Sen. She was tested positive for dengue and treated at the Fortis Hospital in Kolkata.

Last year vector borne infection also struck Ranveer Singh and so the music launch of his film ‘RAM LEELA’ had to take a back seat. Besides actor Imran Khan’s wife Avantika Malik, was also struck by dengue.

Dengue is a dangerous disease and it was this dreaded disease that took away the life of eminent filmmaker Yash Chopra, a void that can never be filled.