Katrina Kaif is on sky nine these days because with her latest release BANG BANG joining the elite 100 crore club in mere five days of its release, the actress is the most sought after star among filmmakers. What’s more the actress has given a series of hit movies in recent times like EK THA TIGER, JAB TAK HAI JAAN and DHOOM 3 crossing business above 100 Crore marks.

It’s reported her popularity has reached to such dizzy height that the actress has received a mail from the authorities of London’s most prestigious Madame Tussauds, expressing their desire to install a wax statue of her at their historic Madame Tussauds London museum. 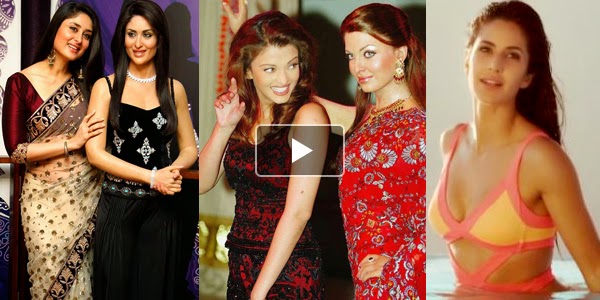 It may be noted, if Katrina Kaif makes to the Madame Tussauds museum, then she will join the elite list of Bollywood actresses like Aishwarya Rai, Kareena Kapoor and Madhuri Dixit, who have their wax statue at Madame Tussauds.

According to a close source of Katrina Kaif, ever since she received the mail she is on cloud nine. She was so happy that she instantly gave her consent to the invitation of the Tussauds authorities. A final decision in this regard is expected soon and the statue may be unveiled by the hands of Katrina Kaif, within this year. 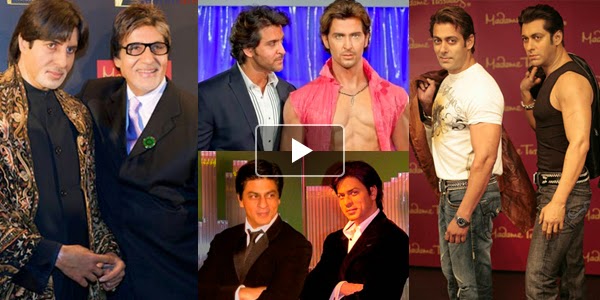 If reports are to be believed than grapevine has it that Madame Tussauds website had conducted an online poll and Katrina Kaif emerged the favorite. She out beat Bollywood, heartthrobs Deepika Padukone and Priyanka Chopra.

It may be noted that Aishwarya Rai Bachchan was the first Bollywood actress to have her wax statue unveiled at Madame Tussauds in London on Oct. 19, 2004.

Amitabh Bachchan was the first living Asian and also the first star from the Hindi film industry to enter the house of wax in 2000. The museum also houses wax replicas of Shah Rukh Khan, Salman Khan and Hrithik Roshan.
Posted by Unknown at 2:11 PM No comments:

Wish Amitabh Bachchan And Get Digitally Signed Poster From The Superstar!

True indeed, because since the mid 70’s Amitabh Bachchan is ruling Bollywood and his charisma has never diminished. Even today the actor holds an amazing popularity among millions around the globe. Today Amitabh Bachchan, the superstar of the Millennium turns 72; Raaga.Com wishes him birthday greeting and pray for his long and healthy life.

Amitabh Bachchan is perhaps one of the few actors in Bollywood who treats his fans with reverence and takes them very seriously. In fact very Sunday he comes out in his Pratiksha bungalow and waves loving to his fans who gather outside his bungalow to have a glipse of their favorite star. 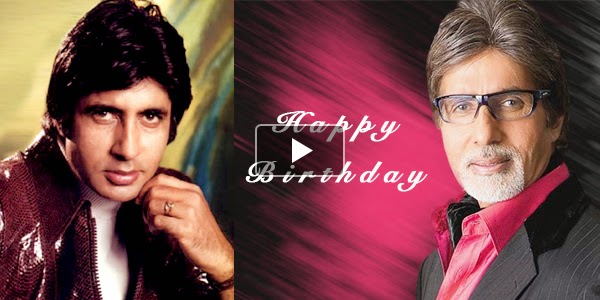 Readers may know that when Amitabh Bachchan was seriously injured during the shooting of COOLIE, doctors had hard time rescuing him. Doctors operated Bachchan many times, even with the emergency splenectomy, Mr Bachchan remained close to death. The nation mourned, fans thronged temples, masjids, churchs and gurudwaras offering to sacrifice limbs in exchange for their hero's recovery. His fans, irrespective of cast and creed prayed for Bachchan’s life.

And finally on August 2, Amitabh Bachchan responded, when in a last minute attempt doctor’s injected adrenaline straight into Mr Bachchan's heart. Suddenly one of the toes of Bachchan swiftly moved and Bachchan who was in coma for over a month showed signs of life.

Soon after recovery the first thing that Amitabh Bachchan did was that he thanked his fans for giving him a second life.

Since then Amitabh Bachchan has been always affectionate to his fans and time and again confessed that his life is debt of his fans. With his blog and his connection on social sites like Facebook, Twitter and Tumblr, Amitabh Bachchan constantly shares his joys and sorrows. He has more than 30 million people following him across social media. 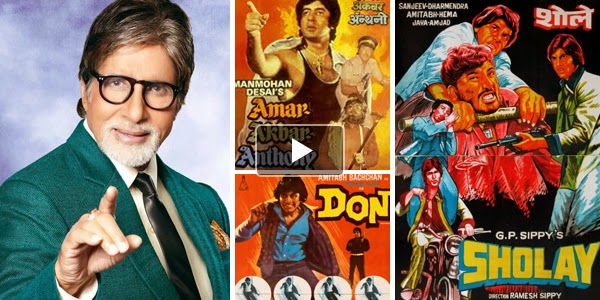 Hence on his 72nd birthday Amitabh Bachchan has taken a step ahead of reaching to his fans. In a unique initiative Bachchan has decided to connect online with his millions of fans by micro-blogging site Twitter and Fluence, India's leading Celebrity Digital media network which connects celebrities with their fans and brands through their digital presence.

Briefing media Bachchan said, "Every year on my birthday I am overwhelmed by love and affection that I receive from my fans, from across the world. This year with the help of Twitter and Fluence, I have found this unique way to reciprocate the love, even though the message is communicated through a digital medium for me it is as personal as wishing each individual myself,"

What’s more much to the imagination of uncountable fans across the globe, Bachchan has something very interesting for his fans as a mark to show his gratitude. Bachchan Tweeted, “Party Toh Banti Hai ! Send birthday wishes with #AB72Wishes and get an exclusive signed digital poster!!”

So, today on October 11 if you wish Mr. Bachchan on Twitter; you’ll receive a digitally signed poster from the superstar. That’s not all; one lucky member (more like the luckiest person of the face of this earth!) will receive a video message from the iconic star himself.
Posted by Unknown at 1:14 PM No comments: