How Music Legend Khayyam took UMRAO JAAN as a Challenge!

Music legend Khayyam, who gave film industry peerless melodies in movies like KABHIE KABHIE, RAZIA SULTAN, NOORIE, THODISI BEWAFAI, BAZAAR etc. but his score for UMRAOJAAN  has made him immortal.

February 18 marks the legendary music director’s birthday. Raaga.Com wishes him birthday greetings and shares how Khayyam took UMRAO JAAN as a challenge and emerged a winner. 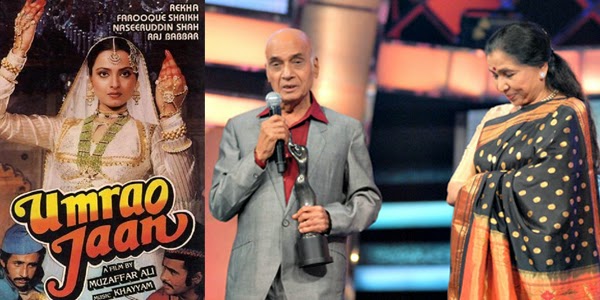 When filmmaker Muzaffar Ali decided to make the film UMRAO JAAN in the late 80’s it was an action film era dominated by Amitabh Bachchan. Khayyam in an interview said, “When Muzaffar Ali told me about the plot of UMRAO JAAN, a famous Lucknow courtesan I was taken aback because the movie needed chaste Urdu Ghazals while the films made in those days were action movies and the music, in particularly, had degraded to its worst with Disco ruling the roast. Hence composing music for the film was a great challenge.”

He continues, “Further what made me more insecure was that in Meena Kumari’s PAKEEZAH, music monarch Gulam Mohammad had given the best Mujra songs hence I was in a bit dilemma what better to provide. However I took the challenge.”

"Then I started reading the history, how UMRAO JAAN became such a big singer, she was a brilliant dancer and she also did poetry and as I did my research the music came effortlessly,” he informs.

He adds, “ However after the music was ready the biggest hurdle was training Asha Bhosle to learn the nuances of Ghazals because I was clear in my mind that I did not wanted Asha Bhosle the film singer but Asha Bhosle the Umrao Jaan.”

Truly after the songs were recorded not only the nation was stunned to listen to a new Asha Bhosle but even Asha Bhosle herself was left astounded when she heard the songs as how different - and beautiful - her voice sounded.
Posted by Unknown at 4:05 PM 1 comment:

Even before becoming the ‘Hero’ of Delhi Assembly Election, Aam Aadmi Party Chief Arvind Kejriwal had been offered a ‘hero’s role’ in  K.C.Bokadia’s movie DIRTY POLITICS to capitalize on his corrupt less and clean image but Kejriwal politely turned down. The role in turn has been offered to veteran actor Naseeruddin Shah.

An exposé of E-mail exchanged between filmmaker K C Bokadia and Mr Kejriwal has spilled the beans that Bokadia had desperately tried to cast Kejriwal in the role of a fearless journalist in his film DIRTY POLITICS, that is on verge of release and stars battery of renowned actors like Mallika Sherawat, JackieShroff, Ashutosh Rana, Anupam Kher, Om Puri and others. 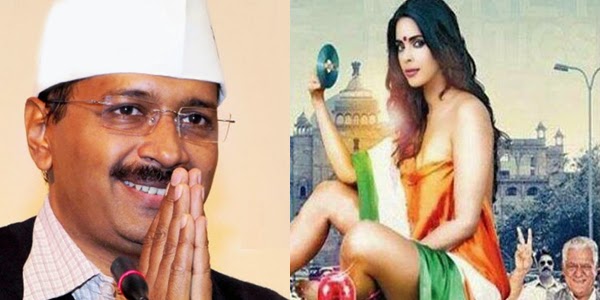 According to the mail posted in October 2012, when Anna Hazare’s ‘India Against Corruption Movement’ was at its peak and Arvind Kehriwal was looked upon as the Masiha of eradicating, K.C.Bokadia had humbly requested Kehriwal to give consideration to act in his film. He lured Kejriwal to be part of his film as it will enhance his popularity and help him in a big way to reach out his message.


However instead of being enticed by the lucrative offer Kejriwal turned down the offer saying, “I am really flattered by your offer. I have been a great admirer of your films. However, you would have heard that we have launched our new political party. I am neck deep into it. Our goal is to clean up this dirty politics. Therefore, I am really sorry I won't be able to take out time for the film."

It’s reported Bokadia repeatedly tried to tempt Kejriwal pleading to just spare seven days for the movie but Kejriwal stuck to his guns.

It may be noted that K.C.Bokadia who came to fame with love story PYAR JHUKTA NAHIN (1985) later made many movies targeting corruption and dishonesty in society like AAJ KA ARJUN; PHOOL BANE ANGAAREY; POLICE AUR MUJRIM ; KUDRAT KA KANOON.
Posted by Unknown at 1:59 PM No comments: