DDLJ cannot match the success of GONE WITH THE WIND!

Never in the history of Indian cinema has a movie created a box office record that Shah Rukh Khan-Kajol starrer DILWALE DULHANIA LE JAYENGE (DDLJ) has registered. The iconic love story has been running successfully at Mumbai’s Maratha Mandir Cinema for the past 19 years and shall be completing 1000 weeks nonstop run at the cinema on December 12, 2014.

To celebrate the momentous occasion and to make the event more memorable Yash Raj Films has designed a new trailer of the film with an eye to attract movie buffs to watch the movie once again at the theatre and give a new boost to the movie’s success. The trailer is a huge hit on You Tube on Internet. 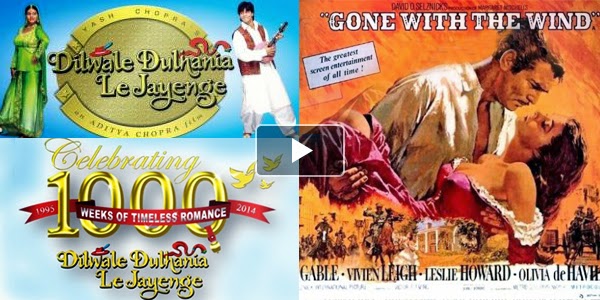 To celebrate the movie’s astounding success Yash Raj films have even roped in its lead actors SRK and Kajol to promote the movie’s success on popular TV shows like ‘Comedy Nights With Kapil’ thus setting a new trend on TV shows of celebrating a movie’s success. What’s more this will also be Kajol’s first ever appearance on any reality TV show. Besides this Yash Raj Films have been more plans of celebrations at Maratha Mandir cinema house too.

It may be noted the DDLJ is the biggest Bollywood hit of all time commercially earning over INR1.06 billion (US$17 million) in India and INR160 million (US$2.6 million) overseas. Adjusted for inflation, DILWALE DULHANIA LE JAYENGE is believed to be among the top five highest grossing Hindi films. Its adjusted gross is approximately INR2.93 billion (US$47 million).

However despite such a tremendous run and magnificent box office collection, DDLJ is far behind the mind blowing success of Hollywood hit classic GONE WITH THE WIND (1939) that grossed over $390 million globally at the box office; when adjusted for inflation to current prices, it is $3.3 billion, a figure that Guinness World Records also arrived at in 2011, making it the most successful film in cinema history. 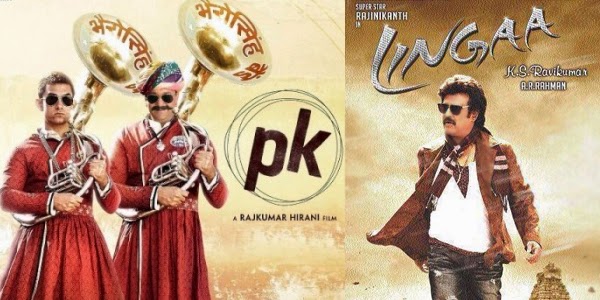