Did you know that ‘Item songs’ have an interesting history? In the early days, they were known for their catchy tunes, attractive lyrics and non-situational placement in films. In the 60’s, the situation began to change when sexual themes were introduced in the so-called item songs- thus they sought to become known as the ‘trendsetters’ in such content.

The audiences’ reaction to them was initially varied, as some people appreciated them, while others became uncomfortable when they were played. However, in the recent decades, a new wave of item numbers has begun; most of them turning out to become super hits, yet highly controversial to a certain category of audience.The culture of ‘below-the-belt’ lyrics generate free publicity, helping the film with its box-office success. Filmmakers have cashed in on hundreds of numbers – Raaga.com brings to you some of the well-made item numbers in the Telugu industry! 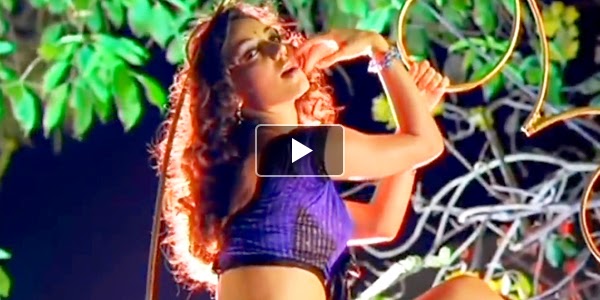 Each and everyone of us know this song! Well, ‘Ringa Ringa’ from the movie “Aarya 2” undoubtedly tops the list for its catchy beats that it almost created a cult following. 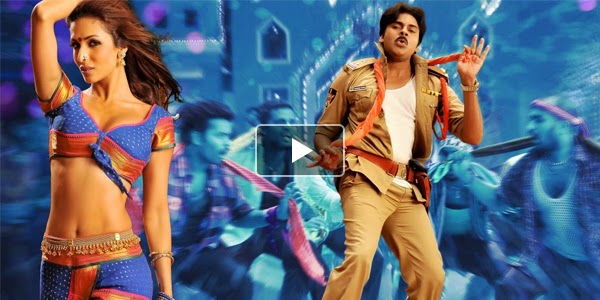 Don’t we all like “Kevvu Kekka” from the movie ‘Gabbar Singh’? It is definitely the next hit on our list. A remake of the film “Dabbang”, it had almost everyone dancing to the rustic tunes. 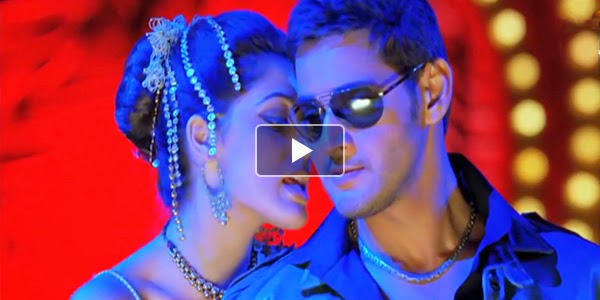 “Poovai Poovai” from ‘Dookudu’ had the sensual Parvathi Melton grooving with ‘Mahesh Babu. The movie was just an average at the box-office, but the film's item song topped the charts for many weeks as we all know. 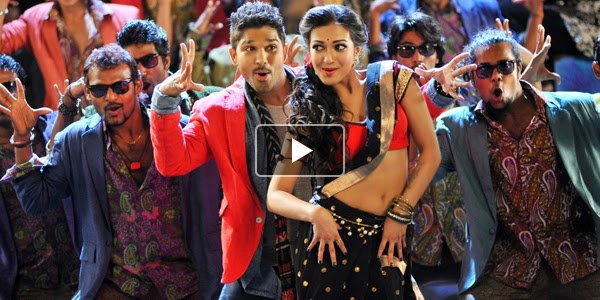 ‘Top lesi Poddi’ from ‘Iddarammayilatho’ had the King of Dance-Allu Arjun earn brownie points for this one even as the film bombed at the box-office. This ofcourse also made him one of the most sought-after actors in Tollywood. 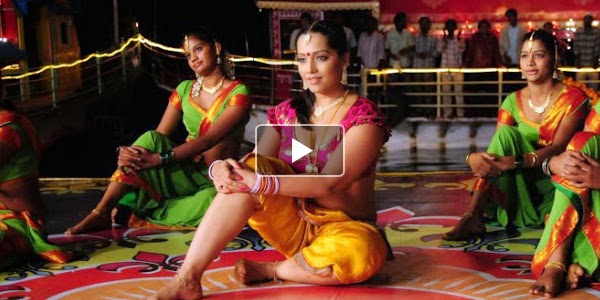 “Diyalo Diyala” from ‘100 percent love’ is a no-miss in our list! Devi Sri Prasad sure has all the talent to stir up all listeners and this song is no exception. 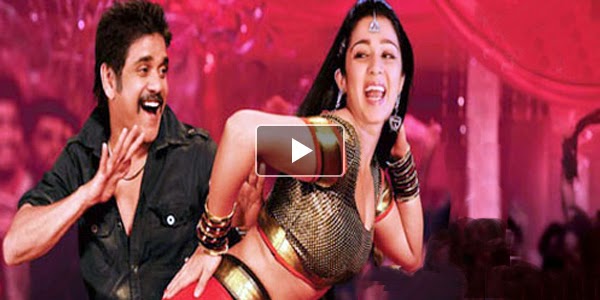 “Sakkubhai Garam Chai” from ‘Dhamarukam’ had Nagarjuna trying the mass item number for the first time. This ofcourse also made it to our ‘hit’ list considering the mass appeal it gathered!The film was not a commercial success, but the song was addictive and the beats aimed straight at the front benchers. 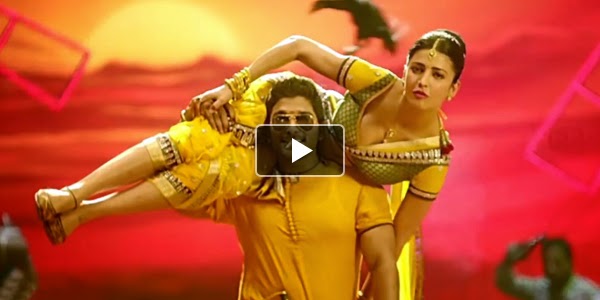 ‘Cinema choopista mava’ from the recent ‘Race Gurram’ has a strong rustic feel and picturized as a Lungi dance bordering as an item number. Though the tune is not so catchy, the lyrics have become extremely popular with the masses.

Yesterday, Today or Tomorrow – we all know ‘item numbers’ always remain our favourites!
Posted by Unknown at 3:39 PM No comments:

“Salman Bhai Has Been By Mentor”-Arjun Kapoor

Arjun Kapoor, the young and dynamic actor who is riding high thanks to his hit movies like GUNDAY AND 2 STATES, celebrated his 29th birthday recently. Raaga.Com wishes him birthday greeting and reveals Arjun Kapoor’s fondness for Bollywood superstar Salman Khan and how Salman played a fatherly figure in shaping his career in Bollywood. 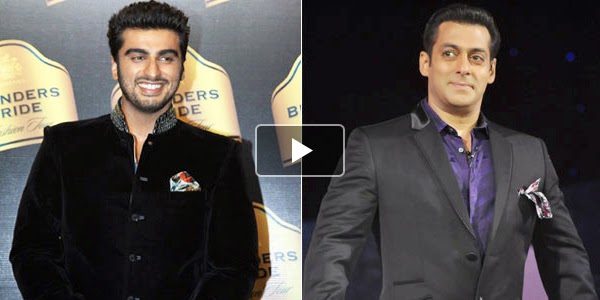 Despite being the son of Boney Kapoor and nephew of Anil Kapoor, Arjun Kapoor had qualms about being a hero, probably due to his overweight. He was 140ks but one man who changed his perceptions was none other but the heartthrob of millions Salman Khan.

Arjun Kapoor considers Salman Khan his mentor and godfather. In an interview he said, “I owe all my success to Salman Bhai, who pushed me to reduce my weight and gave me confidence that I had the credentials of a star and would surely succeed.” He continues, “The encouraging words of Salman Bhai worked wonders on me and I reduced my weight considerably. Hence when I first met the casting director of ISHAQZAADE, Shanoo Sharma, I was excited. But alas! she raised eye brows and rejected me! I was shattered as I had reduced myself to 97 kg yet I was asked to work vigorously on my weight.” 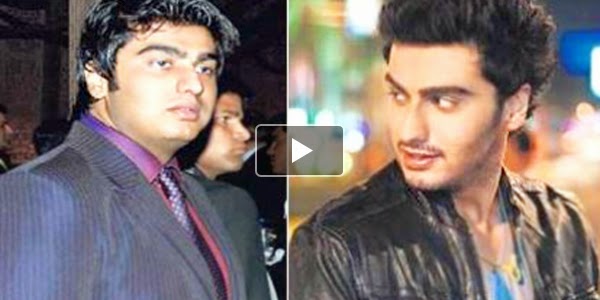 He informs, “I was highly disappointed but took the criticism right spirit. At that time I was assisting my dad as production assistant for the movie NO ENTRY. My job involved managing the travel of Salman Bhai. Hence I was frequently in contact with Salman Bhai, who used to pep me up with tips on how to lose weight and develop a sturdy body. Taking Salman Bhai’s tip I worked hard and when I went for the audition test of ISHAQZAADE, producer Aditya Chopra and director Habib Faisal, was delighted and I passed the test with flying colors.”

He adds, “When told my mother about my selection in ISHAQZAADE, she hugged me and tears of joy began rolling down her cheeks. In fact even my dad was taken aback and marveled at my grit to reduce weight.”
Posted by Unknown at 3:19 PM No comments:

In this world where the internet and the computer is dominating, it is not a surprise that our lyricists in this decade are using computer related terms! Well, day in and day out we are always glued to the computer. Most of work also revolves around the computer in this new age. So here is something very exclusive from Raaga, to fit perfectly well to the new era – songs for this decade – computer –based songs! 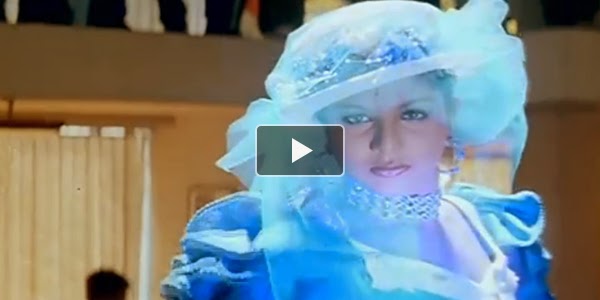 One song that created an impact on the onset of the Y2K period was from the movie ‘Hello Doctor heart weak aache’, special attention should be given to terms used in the song, like – ‘scanning’, ‘High Voltage’ etc. One another song that created a wave was ‘O Maria’ from the movie ‘Kaadhalar dinam’. Words like ‘Email il love letter thariya’, ‘Kaadhalukku internet’ etc was so apt for the generation. If there was advancement in technology, there was also the birth of virus and ofcourse the song ‘Hey hey ena aachu unakku’ from the movie Kaadhal virus is a perfect fit here. The song even carries..’Kaadhal virus unnai thaakiyadho’ which ofcourse is very innovative – in its way of linking with romance. 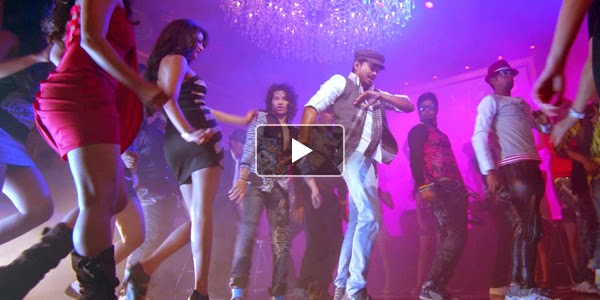 Without Google, many of us don’t know what internet would look like. One brilliant song that portrays the usage and terms popular in the internet dominant era I, and extremely popular amongst the youngsters is ‘Google Google panni parthen ulagathila’ from the movie Thuppaki. A very trendy song for this generation we must say! 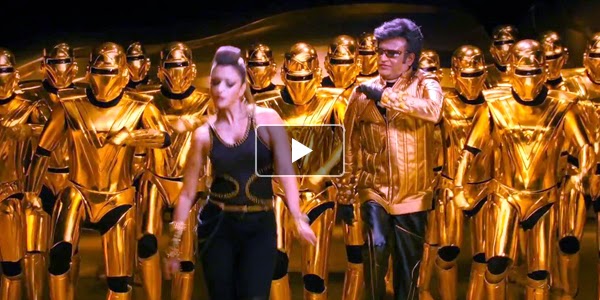 How can we forget a movie that suits this generation of robotics too? Enthiran is a classic example! And adding the song ‘Irumbile or irudhayam mulaikudho’ is a wonderful song to suit the era where lyrics are based on memory and RAM and romance is brought out in a machine monitored by the computer! One must intently notice the lyrics ‘Shut down ‘e seyamal’ in this song. This is a wonderful example.

Thus, we are living in a world where romance is brought out in equal terms as per the usage of the computer and the various parts associated with it. Very promising indeed.
Posted by Unknown at 2:39 PM No comments:

As Pancham was the only child of S.D.Burman, his father gave Pancham a solid grounding in music by first making him learn various musical instruments. Thus he mastered tabla under Ustad Samta Prasad, sarod under Ustad Ali Akbar Khan and learned the nuance of film music while assisting his father S.D.Burman during the making of many hit movies like CHALTI KA NAAM GAADI (1958), KAAGAZ KE PHOOL (1959), TERE GHAR KE SAMNE (1963), BANDINI (1963), GUIDE (1965) AND TEEN DEVIAN (1965). 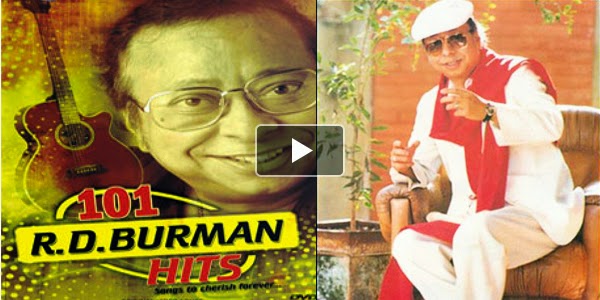 He had mastery in playing the mouth organ. If readers can recall the super hit song Hai Apna Dil to Aawara … (SOLVA SAAL), filmed on the superstar of the 50’s Dev Anand in a moving train, they will surely recollect the mouth organ which is the highlight of the song. The mouth organ was played by none other but Pancham.

In fact it may come as a stunner to readers that in Rajshri Productions’s super hit movie DOSTI which had two protagonists, a blind boy who has a melodious voice and the other a handicap boy who plays an excellent mouth organ. The backbone of the movie was its magical music composed by Laxmikant Pyarelal. 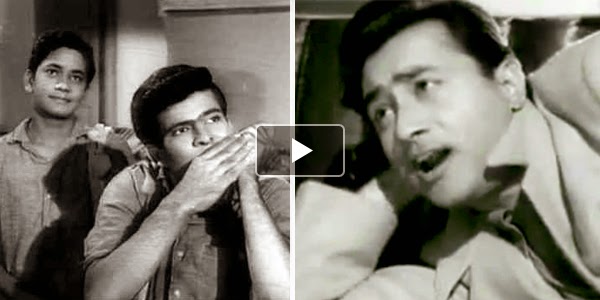 The other vital thing in the movie was the use of spellbinding play of mouth organ. If readers may recall the super hit song Jaanewaalon Zara, Mudke Dekho Mujhe…. (Dosti) music director Laxmikant Pyarelal, were in a fix to select a musician who could play the mouth organ splendidly. After lot of pondering the duo zeroed upon their dear friend Pancham to play the mouth organ. After the recording of the song Laxmikant Pyarelal were so impressed that they requested Pancham to play mouth organ in the entire movie.

While R.D.Burman is fondly called Pancham, few know how he derived his nickname. As Pancham’s father was a distinguished music director, few are aware that Pancham’s mother too was an avid music buff and used to assist her husband. Thus Pancham had imbibed music in his genes. A glimpse of his musical inheritance was visible at his birth. According to family sources when Pancham was born, unlike other children, he cried in melody (sur) with stress on ‘Pa, the fifth notes of Sargam. Hence he was nicknamed Pancham i.e. the fifth note of Sargam. 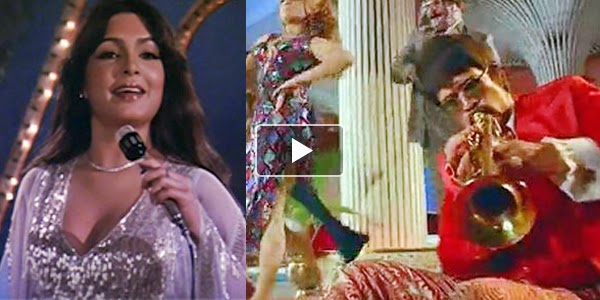 When Majrooh tried to persuade R.D.Burman, he politely said, “Majrooh Sahab I do not want to get labeled as a replica of my father but I have to establish my own identity. I know today my music may be criticized and condemned but the future generation will go gaga over my music.”

True words!!! Because today even after 75 years the younger generation and the bygone alike are going gaga over his exceptional music.

NOTE: In the next issue read how R.D.Burman silenced his critics about his lack of Indian Classical music.
Posted by Unknown at 1:02 PM No comments: