News is that a luxury car brand has approached Sushant Singh Rajput and M.S Dhoni to come together for an ad. The proposal is currently at a very nascent stage wherein the brand is very keen to have both the personalities on board by this particular leading SUV.

As per our sources the makers of the ad believe that both Sushant and Dhoni haven't been seen together in public spaces and so they are very keen on exploring the equity that both these personalities hold together. 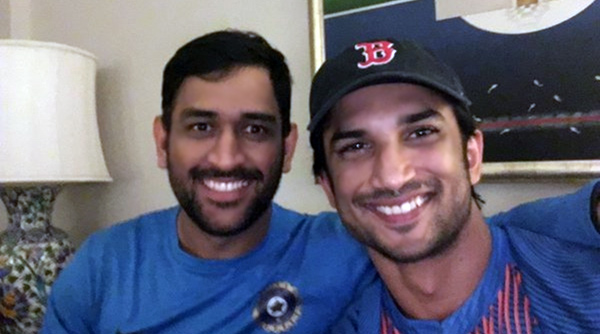 Sources also added that the makers recently went to Sushant and Dhoni with the ad brief. It’s only after this that the entire team will be created and taken on board to shoot the ad campaign.

Sushant and Dhoni who share a great chemistry and purely represent the young space.The brand further represents boyhood, travelling adventure and the sportiness. The ad campaign is likely to break closer to October/November if the commercials are in place.

Incidentally, Sushant and Dhoni have met several times as Sushant will be seen playing 'M.S Dhoni - The Untold Story' directed by Neeraj Pandey.

Since 2016 observes the 400th anniversary of Shakespeare's death, renowned film heads from Hollywood and Bollywood will meet to pay their tribute to the legend. 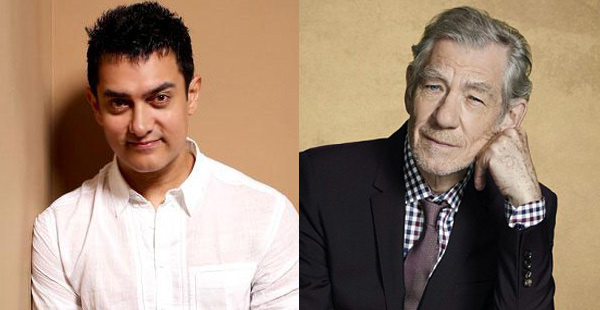 Well-acclaimed American actor Sir Ian McKellen is all set to visit India in the month of May. While he is here, the American actor is going to be in conversation with India’s perfectionist, Aamir Khan on Shakespeare’s legacy and world cinema at large. Well, having cinema legends like Sir Ian McKellen and Aamir Khan discussing the works of another legend, Shakespeare will definitely be a big treat for all their fans.

Incidentally, MAMI Film Club is partnered with the British Council, the BFI, GREAT, NCPA and Fountainhead to bring Ian McKellen and the incredible ‘Shakespeare Lives on Film’ programme to India.

The conversation is slated for 23rd of May in Mumbai, in presence of a large audience consisting of cinema enthusiasts and will mark the debut outing of MAMI Film Club, which will soon roll out an exciting year-round programme of activities for the denizens of Mumbai.
Posted by Unknown at 12:00 PM No comments:

'TE3N' trailer is out! Film seems to be gripping and fantastic

We surely have something thrilling coming our way, the makers of 'TE3N' have finally released it trailer and it’s something that you can't miss. This two and half minute trailer is on beautifully, gripping and fantastic one. 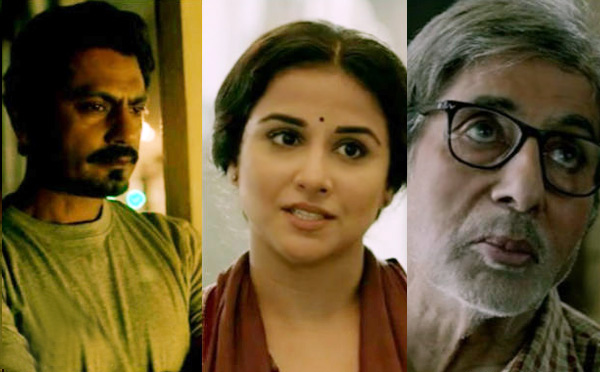 In the trailer you can see, Big B essaying the role of a grandpa who's battling to get justice for his kidnapped grand-daughter Angela. Vidya Balan is a tough cop, who investigates the case while Nawazuddin Siddiqui is the priest up for redemption. These three characters are caught in a similar incident that is repeated after 8 years. What is it and where does the story lead to, is what you have to watch.

So fans, be ready for 'TE3N' that promises to be an incredible thriller movie that will make you glued to the seat. How can we forget Sujoy Ghosh's hit movie 'Kahaani' that gave us goose-bumps throughout. Hope this does the same too, because the trailer looks promising.

This movie 'Te3n' is directed by Ribhu Dasgupta and is an unofficial remake of Korean thriller movie 'Montage'. This movie will hit theatres on 10 June 2016.

'Happy Ending' actor Saif Ali Khan has always been one of the dotting dads in B-Town. Be it any occasion or event, he is extremely protective about his kids and them being away from the media. More than his son, daughter Sara Ali Khan has been the closest to him always. Seems like, this little girl is all grown up and a beautiful young lady now. There was also news that she will soon be entering the industry like her parents, but currently something else attracts her and that is her new found love. 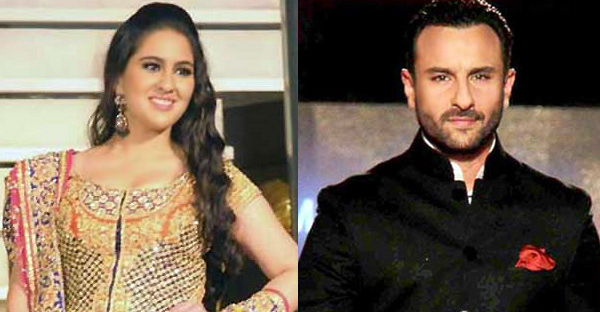 Yes you heard it right! According to media reports Saif's daughter is dating in Veer Pahariya. He is the maternal grandson of politician Sushil Kumar Shinde. Reports say that, Sara and Veer are seeing each other for quite some time now. To prove this love affair, there are a few pictures of the two on social media that is going viral.
Posted by Unknown at 11:33 AM No comments: