The sky is a vast and a beautiful thing, that infact makes us look up to something every other time, either consciously or unconsciously. The patterns we see, the colours we see – a nature’s canvas that paints pictures just for us to look at it and admire it. More often than not, the term ‘vaanam’ is used by our lyricists in many Tamil songs. It is ok even if have not paid attention to it. We at Raaga.com bring out an exclusive list of songs on the ‘sky’, just to make your life as colourful and as vibrant as the sky.

When we think of ‘vaanam’, the immediate song that pops into our head is ofcourse ‘pudhiya vaanam pudhiya bhoomi’. And why this song? MGR makes a wonderful appearance and enthralls the audience. Even today there is no replacement for this song from the movie ‘Pudhiya Bhoomi’. What a commanding role he has in the song! 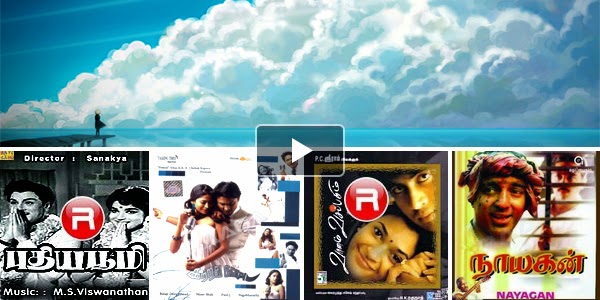 Infact all of us of the famous movie ‘Orey vaanam ore bhoomi’ too which also has a brilliant collection of songs. Another famous song is ‘Indha vaanam indha bhoomi’ from the movie ‘Katradhu kaialavu’. This song has been sung by Hariharan and Anuradha Sriram and ofcourse has the word vaanam in it.

Ofcourse the course that is currently running in all our heads is from the recent entrant – Kochadaiyaan – ‘Engo pogudhe vaanam’ , a beautiful number composed by A.R.Rahman depicting a lot of grandeur in the song by itself too.

A light listen is the song ‘Vaanam Vasapadume’ from the movie titled in the same manner. Famous theatre artist Karthik kumar is the hero in the movie. The song ‘Vizhigalil aruginil vaanam’ is another light listen song and ofcourse the lyrics by itself does the talking to bring out the beauty of the song.

‘Nila adhu vaanathil mele’ belongs to a completely different genre by itself but ofcourse we all love it, thanks to the racy rhythms.

Thus we understand that our poets do love the word ‘Vaanam’ and the usage ofcourse differs according to the situation. Nevertheless – it is always as beautiful as the vaanam we see everyday!

Posted by Unknown at 5:42 PM No comments:

With a string of hits from 2000 (Kaho Naa... Pyaar Hai ) to (2013 Krrish 3) filmmaker Rakesh Roshan has proved that he is filmmaker with golden touch. Rakesh Roshan, the brilliant filmmaker, actor, producer turns 65 today; Raaga.Com wishes the actor birthday wishes and a successful future.

Son of an eminent music director Roshan, who gave super hit movies like AARTI, BARSAT KI RAAT, TAJ MAHAL etc., Rakesh Roshan aspired to be an actor but after a brief stint as a actor in movies like ZAKHMEE (1975), KHEL KHEL MEIN (1975), Khatta Meetha (1978), KHOOBSURAT (1980) he switched to film making as his career as a actor did not win the kind of stardom which his friends Rishi Kapoor and Jeetendra won. 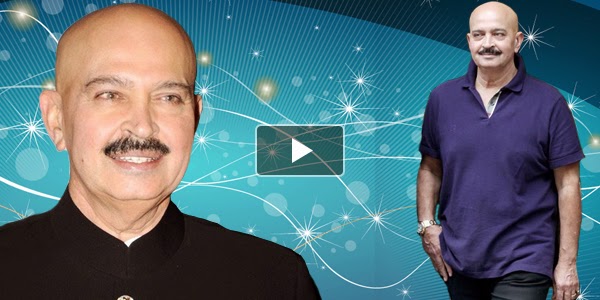 Readers may wonder there is one thing common in all the movies of Rakesh Roshan and that is all the movies begin by the letter ‘K’. So what is secret behind this letter ‘K’. Rakesh Roshan in an interview said, “While I was making my movie BHAGWAN DADA, a fan saw my movies advertisement in film magazines and in a letter advised me that the title of the movie is wrong and must be altered to beging with a letter ‘K’ otherwise the movie might be a flop and will incur heavy financial losses to me.” He added, “ To prove his logic he gave examples of all my hit films, which incidently began with the letter ‘K’ like KHEL KHEL MEIN, KHATTA MEETHA, KHUBSOORAT, KAAMCHOR etc. However I ignored his advice thinking it is mere superstitious. But to my shook the movie was a disaster at box office and made financially bankrupt as the fan has suggested.”

He continues, “Hence after BHAGWAN DADA, when I made KHUDGARZ, I intentionally stuck to the letter ‘K’. The movie was a hit. After KHUDGARZ, the fan again wrote to me saying, ‘The truth is there for you to see now that KHUDGARZ is a hit. Since then it’s been ‘K’ for all my films.”

Posted by Unknown at 4:13 PM No comments:

Sony Entertainment TV Channel (India) most popular quiz show Kaun Banega Crorepati 2014 Season 8 seems to be in cloud as its host popular actor Amitabh Bachchan is unwell and the scheduled to be shot has been postponed.

According to reports star of Millennium Amitabh Bachchan in his regular tweet to his fans tweeted: "Yes...went to work! Back for quite a while...and the fever has returned!! DAMN."

A source close to Big B said that Bachchan sahab was quite well on Tuesday and had gone to shoot for Kaun Banega Crorepati (KBC). He even shot the entire day’s shot quite comfortable and reached home. However during night he felt uneasy and couldn’t sleep. Later doctors detected viral infection and advised him rest. 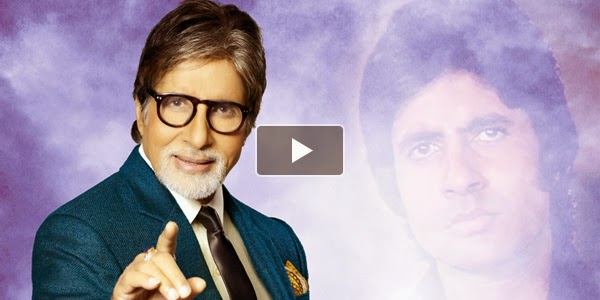 Due to Bachchan sahab taking rest for Wednesday and Thursday the KBC scheduled programs, shot in advance, were affected. The contestants and the aspiring candidates who had came to shot for these programs were disappointed and had to return home in discontent. Nevertheless the KBC team is likely to reschedule these shoot next week, the source added.

Besides KBC feeling the pinch of Bachchan sahab’s absence due to viral fever, Shoojit Sircar's upcoming film PIKU, co-starring Deepika Padukone and Irrfan Khan too was hit. Bachchan sahab had last begun shooting for this film but due to illness he had to cancel the shooting.

At 71, Big B is one of the most sought after Hindi film veterans and is busy with TV and film projects. Peeved at the TV and film assignments being affected due to his illness Bachchan expressed his utter disappointment by tweeting “The time it takes for one to adjust to a day of rest, is akin to time taken for an entire lifetime...or so it feels."

However Bachchan sahab ia an optimistic person and lives life positivity. Soon after gaining strength he tweeted, "Still down! Shoot cancelled Not happy about that! But shall persevere and be up for it by the morrow.. Resting..!!" Bachchan tweeted.