AN ODE TO REMEMBER – PART 3

If there is someone the Tamil film industry should really thank it is ofcourse our dear 'Ulaganayagan'. Well, the way Tamil film industry is now being visualized around the world demands credits on his part too. Kamal haasan has always been known for his innovative, out of the box thinking while making movies. The man who entered the movies way back as a child artist, it is amazing to note that he is still actively striving hard to take the Tamil industry a step ahead. The family by itself is a testimony to the fact that most of the family members, including his extended family is involved with acting. One can argue on the other hand that the family's constant presence in the films has given them an easy edge in the film industry but ofcourse we all know that without any form of talent in them they could be anywhere and this ofcourse is the best expample considering even the extended family has contributed in one way or the other, 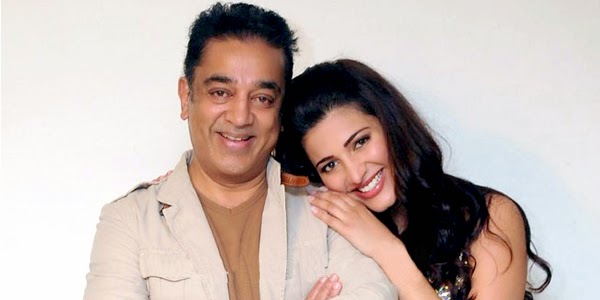 With Shruthi Haasan coming in as one of the lead actresses in the Tamil film industry there has been much speculation about her younger Akshara too stepping in to movies and ofcourse she is also acting in a Hindi movie now that is in the filming stage. What is amazing about this family is that they are not only wonderful as actors but they are also good at an additional talent! Well, we all know how amazing Kamal Haasan is as a dancer and needless to say Shruthi Haasan is an excellent singer. She has sung even in the Tamil music Industry and one of her famous numbers is 'kanazhaga' from the movie 3.

Raaga.com honours this family especially the best father-daughter combination for their timely contribution in the Indian Film industry. Kudos for te good work already done and more that is yet to come!
Posted by Unknown at 1:41 PM No comments:

Bollywood hunk Salman Khan may be regarded as arrogant and haughty but when it comes to his near and dear ones, he is a man with ‘Golden Heart’. And that’s not all if he finds someone trust worthy then he opens his heart to them, including giving break in movies. 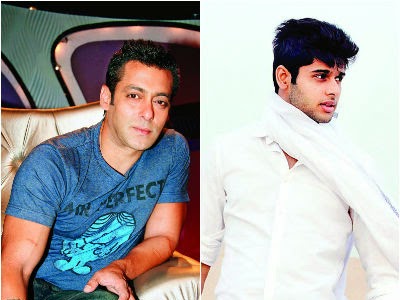 He has been instrumental in launching the careers of many actors. Few among the many include Katrina Kaif, Sonakshi Sinha, Arjun Kapoor, Pulkit Samrat, Bilal Amrohi, Zarine Khan, Daisy Shah and recently his buddy Jackie Shroff’s son Tiger Shroff. According to reports Sallu bhai is ready to launch his MAINE PYAR KIYA co-star Bhagyashree’s son Abhimaanyu.

24 year old Abhimaanyu is equipped with a degree in acting from The Lee Strasberg Theatre and Film Institute from the US and in India from legendary actor Anupam Kher's ‘Actor Prepares’. Besides he has the distinction of being assistant director during the making of Bollywood hit movies DUM MAARO DUM and NAUTANKI SALLA, both directed by Rohan Sippy, son of famed director Ramesh Sippy who made SHOLAY, SAGAR and SHAKTI. 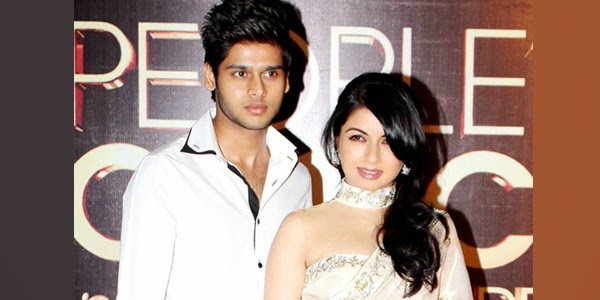 Though Bhaygashree has declined to comment on the latest development but inside sources claim that Bhagyashree had initially decided to launch her son Abhimaanyu in 2013 but failed to make it. Hence this year she is leaving no stone unturned to launch Abhimaanyu and has apparently approached Salman Khan to help her.

It may be recalled that besides giving breaks to talented actors from outside the film industry Salman Khan has the reputation of launching many star children that includes star sons like Sunil Shetty's daughter Athiya and Aditya Pancholi's son Suraj in his home production and has been very helpful in launching actor Jackie Shroff’s son Tiger Shroff.
Posted by Unknown at 11:48 AM No comments: