Bollywood beauty and entrepreneur Preity Zinta seems to be enjoying married life to the fullest. She has recently posted a pic with husband Gene Goodenough and in-laws outside the Seventh Wonder of the World - Taj Mahal. It is rightly said that, this is one place that each person wants to visit once in a lifetime. 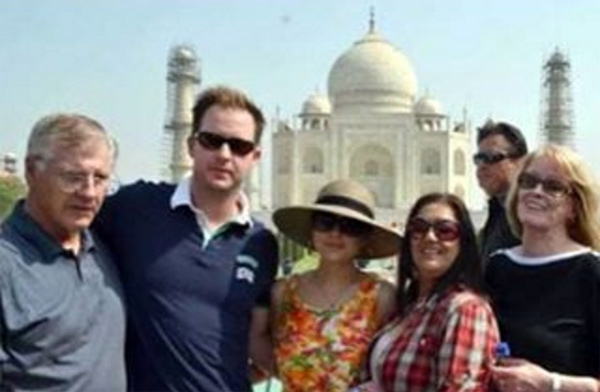 Preity captioned the pic saying , "Wah Taj Shot outside the Taj for a movie previously but this time actually went in & was spell bound by its beauty, symmetry & history. #family #tourist #tajmahal #agra #everlastinglove #memories." She has earlier shot movies outside Taj Mahal, but this time went inside and was spell bound.

Preity married her long time boyfriend Gene Goodenough on February 29 in Los Angeles, it was one hush-hush marriage. Sources say that, Preity will be throwing a grand reception party on May 13 for her friends from the B-Town.
Posted by Unknown at 11:47 PM No comments: 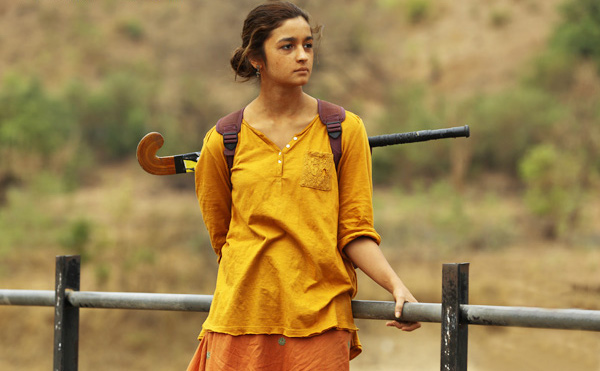 '2 States' actor Arjun Kapoor marks a special day today as he has completed four years in the industry. On this special say, he goes down memory lane and explains his journey so far. Arjun made his debut in 2012 with romantic thriller ‘Ishaqzaade’ opposite Parineeti Chopra.

Excited Arjun took to twitter and said, "Going down memory lane, all I can say is - it's been surreal!... In another tweet he said, "Ishaqzaade' was the realization of a dream! Thanks YRF (Yash Raj Films), Parineeti Chopra for making it so special..Four years of Arjun Kapoor." 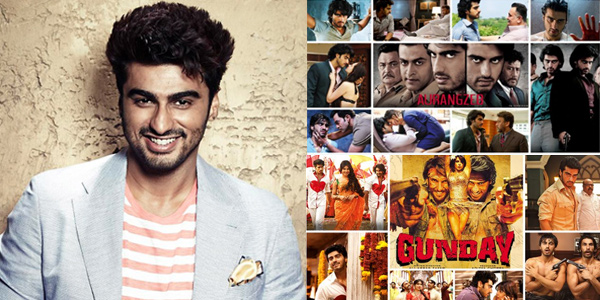 Arjun’s second movie 'Aurangzeb' was an action thriller in which he played double role. On this he tweets saying, "Aurangzeb' - my most dynamic film.. It was a treat to work with such an amazing cast..Four Years Of Arjun Kapoor."

He has also essayed the character of a bad boy in the movie ‘Gunday’ whenre he romanced International beauty Priyanka Chopra. On this he tweeted saying, "Gunday the, Gunday hai, gunday rahenge - Baba Ranveer Singh and Nandita Priyanka Chopra!". 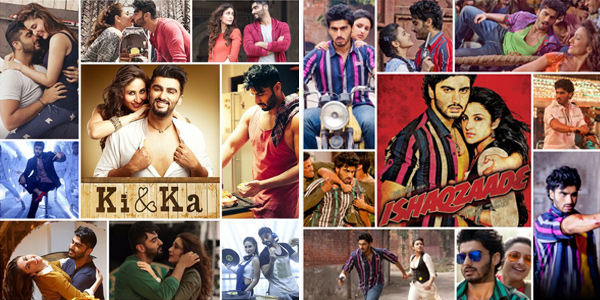 Arjun was seen in romantic comedy film ‘2 States’ that gave him the entry into the 100 cr club, then another a comedy movie 'Finding Fanny' and in 'Tevar' for which his acting was much appreciated. Arjun was last seen in the movie ‘Ki & Ka’ with ravishing actress Kareena Kapoor Khan. On this he tweeted saying, "Loved playing ’Kareena’s KA! Thanks Balki sir for having faith in me!". Not to forget Arjun also shared his ‘first day at work’ with film Virus Diwan, when no one knew him in the industry then.

Congratulation Arjun for the four big amazing years!!! We just love you and 'first day at work', yes you did great.
Posted by Unknown at 11:17 PM No comments: