King Khan-Shah Rukh Khan had currently gone to London to attend his son Aryan’s graduation ceremony. We all know that he is one leading national and international star, where fans go gag over him in one site. But seems like, SRK who walked across the London’s Charing Cross station went completely unrecognized to the crown there. 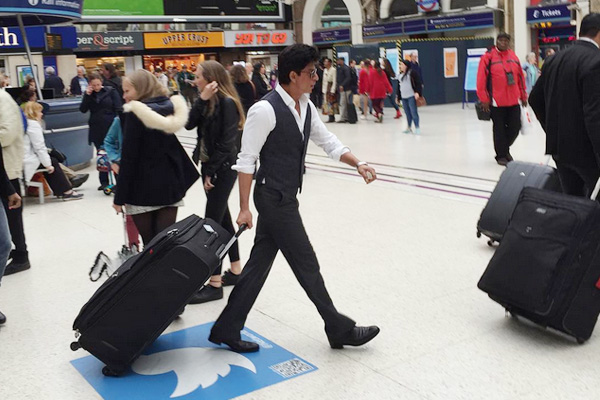 In the pictures below you can see, Shah Rukh and wife Gauri walk along with their bodyguard without being stopped by fans or paparazzi. SRK and his security also pulled the large suitcases and even loaded it in the car. These pictures have gone viral, through a fan at the station that was present there.
Posted by Unknown at 2:20 PM 4 comments:

Salman Khan's only cause of worry for 'Sultan' was?

Tomorrow is a big day for all Salman Khan fans, as the release of his upcoming movie 'Sultan' trailer will be out. The two teasers and stills from the movie are already making news, fans just can't wait for it to hit theatres. As we all know that, Salman Khan will be speaking the local Haryanvi in the movie. It was already a treat for all his fans to get a glimpse of it in one of the teaser. 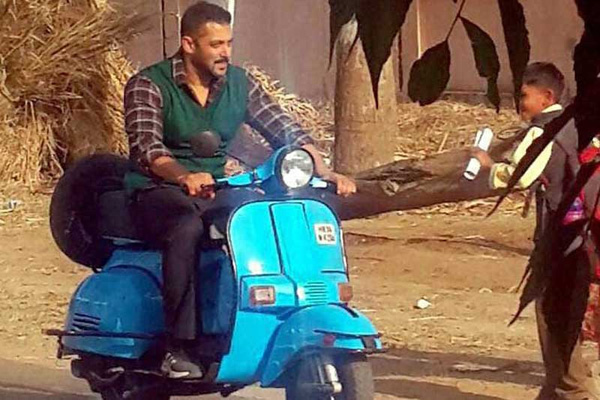 According to reports, 'Kick' star Salman Khan was comfortable and was also a quick learner for the new accent but his only cause of worry was the prospect of sounding rude while speaking it. Sources say that, "There is a certain amount of crassness in Haryanvi. It’s a khari boli. Sometimes when you speak in it, you may sound rude although that may not be the intention. Salman didn't want his character to sound rude while speaking in the accent. His character is extremely macho but at the same time he wanted to people to fall in love with it. So, care was taken to remove all the crassness from the accent to maintain the quality of vulnerability and niceness of Sultan."

Rahul Bagga, who was Salman’s language and accent trainer said: "Salman grasped the accent quickly and didn't need much corrections. He used to come prepared with his lines. What is brilliant is the way he has consistently spoken in the accent throughout the film".

In the movie, 'Sultan' actress Anushka Sharma will be playing the lead opposite Salman and this will be the first time that both will be sharing screen. This movie is directed by Ali Abbas Zafar and will hit theatres on Eid this year.

Posted by Unknown at 1:56 PM No comments: