73 year old veteran Bollywood actress Asha Parekh has defied the Union Minister Nitin Gadkari’s alleged remark of her pleading him to lobby Padma Bhushan Award! She has expressed pain and discontent at the irresponsible remark by a responsible minister for tarnishing her lifelong unstained career!!!

It may be remembered recently at an event in Nagpur Nitin Gadkari had made the outrageous revelation how the eminent top star of the 60’s Asha Parekh had claimed 12 floors of his building (as the lift was not functional) and begged to lobby India’s second highest Civilian Honor Padma Bhushan for her, despite being awarded Padma Shri! 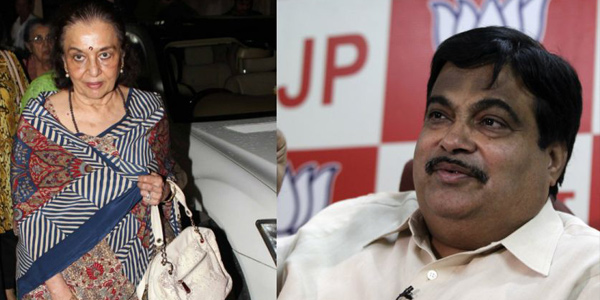 The media went berserk, caring a damn to seek the reaction of the senior actress. However recently a leading TV channel spoke to the legendary actress who peeved at Gadkari’s humiliating remark for maligning her name in the Padma Bhushan award controversy retorted, “I am pained at the disgusting statement of Mr. Nitin Gadkari.”

“I have never lobbied for Padma Bhushan award. I don't want to say anything more than this," said Ms Parekh looking depressing and sad.

A look at the illustrious graph of Asha Parekh reveals that the actress does not need a Padma award to decorate her career because her career itself is studded with multiple jubilee hits like DO BADAN , LOVE IN TOKYO , TEESRI MANZIL , MERE SANAM, CARAVAN , MERA GAON, KATI PATANG and MAIN TULSI TERE AANGAN KI, KALIYA etc 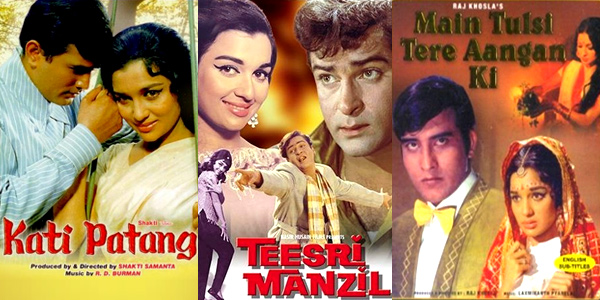 Eminent script writer Abhijat Joshi, who has to his credit blockbuster scripts like MUNNA BHAI MBBS (2003), LAGE RAHO MUNNA BHAI (2006), 3 IDIOTS (2009) and PK (2014) is reported to have been paid a whopping Rs 2 crore for his upcoming film WAZIR staring Amitabh Bachchan and Farhan Akhtar in key role.

Truly with Rs 2 Crore for a single script Abhijat Joshi has placed himself in the position of Bollywood’s top most writers’ duo Salim Javed, who ruled the 70’s and are recognized as the first writer pair to bring revolution in the remuneration scale of writers.

Salim Javed, who wrote super-hit films like ZANJEER, SHOLAY, DEEWAAR, DON, MR.INDIA etc not only changed the remuneration package for themselves but also opened doors for other competent writers like Kader Khan, K.K. Shukla,  Inder Raj Anand etc. However after the 90’s once again the status of film writers went down. 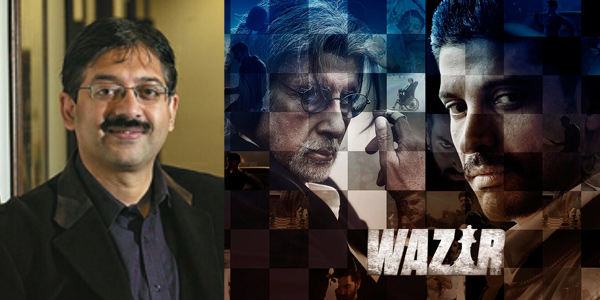 Abhijat Joshi says, “I am grateful that I am working for a producer (Vidhu Vinod Chopra) who respects writers and I am rewarded well. But I am aware that the film industry neglects writers and the condition needs to revamp.”

Salim Khan of Salim Javed fame says, “I think the writers are themselves to be blamed for the situation because most writers never raise their voices by way of protest as I and Javed Sahab did in the 70’s.”

Recalling an incident Salim said, “I was assistant writer of the great writer Abrar Alvi, a favorite of filmmaker  Guru Dutt. For him he wrote milestone scripts like AAR-PAAR, SAHIB BIBI AUR GHULAM, KAAGAZ KE PHOOL, PYAASA, Mr. & Mrs. '55 etc. I always asked him to increase his remuneration but he never dared to speak. However I promised him that I will change the trend and he laughed.”

“When we wrote ZANJEER we demanded Rs 1 Lakh and were paid! We changed the remuneration pattern due to our confidence and guts which I think writers lack,” he asserts.
Besides Salim Javed the other writer in contemporary cinema who has gained stardom as a writer is Chetan Bhagat, thanks to the success he got for the credits for 3 IDIOTS and other hit films like KAI PO CHE!, 2 STATES, KICK.

Chetan himself believes that had he not raised his voice against plagiarism of his novel for 3 IDIOTS he too would have remained anonymous. He says, “I am sure there are several writers in the industry who face issues such as plagiarism every day but they do not dare to voice their protests on national television or in media.”

Thus it is high time writers come out in open and demand for their rights for better remuneration, if they want to earn stardom like Abhijat Joshi and Chetan Bhagat!
Posted by Unknown at 3:52 PM No comments: