Attention Ranbir Kapoor fans!!! Wanna have a date with the superstar?

Good News for all Ranbir Kapoor fans the actor will be online today (January 21) around 2pm (IST) onwards on social networking sites. 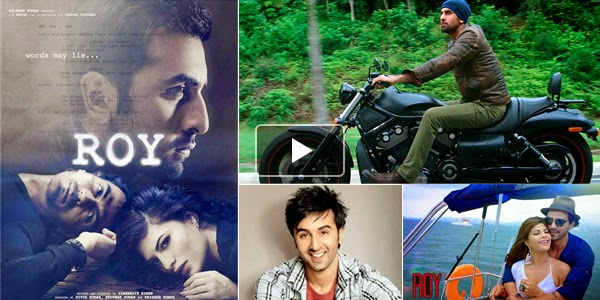 Unlike other Bollywood stars that are active on twitter and other social networking sites updating their fans about their movies and their personnel joys and sorrow, Ranbir Kapoor has been known to be reserved. He has kept himself away from such popular social media sites citing reasons that an actor loses the mysterious aura that enshrouds his persona when he becomes easily available to the public.

However the actor has at last shed his inhibition and will be interacting with his millions fans across the globe for not just for a few minutes or an hour but hold your breath … the actor will be entertaining his fans for a marathon session of ‘Six Hours!!!’

According to reports the actor will be interacting with his fans on Wednesday, January 21 around 2 pm (IST) onwards, not just on the most popular social networking site ‘Twitter’ but he will be available at five more sites viz. Facebook, Instagram, Tumblr, Snapchat and Vine.

Readers and more particularly the diehard fans of Ranbir Kapoor may note that the actor is going by the username @RANBIRKA6000R on all these social media platforms.

So what are you waiting for…. Rush and interact with him!

The first poster of MS DHONI - THE UNTOLD STORY, was released in September 2014 with its lead hero Sushant Singh Rajput walking to the pitch depicting his back, wearing a helmet and a bat rested on his shoulder. The highlight of the poster was the number 7 jersey that Shushant spots in the poster because the number 7 has always been special for Dhoni, as he was born on July 7 i.e. 7/7/1981.

Though the poster was applauded but film viewers were curious to know will Shushant Singh spot a similar look-alike feature of Dhoni? 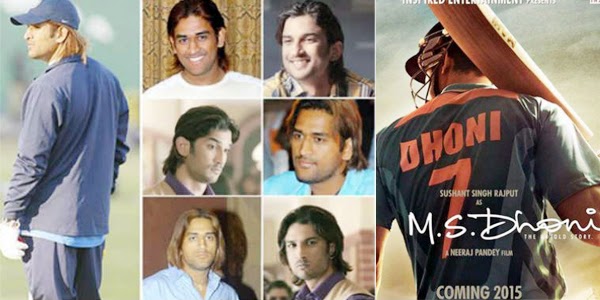 Well kudos to the director Neeraj Pandey and his makeup team as the director has really worked hard on Shushant’s appearance and from the latest pictures released Sushant Singh Rajput promises to look identical to Dhoni.

Besides looks, Neeraj Pandey, the eminent director who rose to fame with his hard-hitting movie A WEDNESDAY has worked hard on the body language of Shushant too. In an interview Neeraj Pandey said, “ It is a challenging role and I am happy Sushant has been working hard for nearly four months now, not just on his looks, body language but has also been practicing cricket trying to ape Dhoni’s style of batting and wicket keeping mannerism to get into the skin of the character.”

Sushant Singh Rajput, who raised to fame with his debut film Abhishek Kapoor's KAI PO CHE! and is basking popularity with his cameo in Aamir Khan’s PK is quite excited about the movie MS DHONI - THE UNTOLD STORY.