John Abraham - One a celebrity; other an unsung genius of South film Industry!

Call it a mere coincidence but it may come as a stunner to readers that while the Bollywood actor and film producer John Abraham is a famous celebrity around the globe the other John Abraham, who was a genius filmmaker from South Film Industry is a forgotten identity!!!

Interestingly both John Abraham are Malayali in origin. Another uncanny similarity the two shares is that when Southern filmmaker John Abraham, was a student at FTII, Pune in 1969, his Diploma Film was titled PRIYA and incidentally John Abraham’s wife’s first name is also Priya.

But tragically the similarities between the two John Abrahams end here because despite being one of the brilliant filmmaker, who was groomed by Indian film industries legendary master filmmakers like Ritwik Ghatak and of Mani Kaul at FTII the world, has forgotten him. 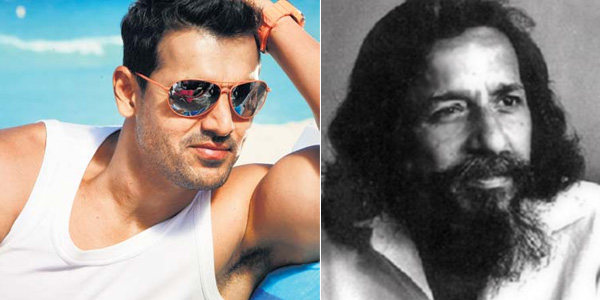 Legendary filmmaker Adoor Gopalakrishnan speaking about him termed him as a phenomenon. In an interview he said, “John Abraham was a prodigy who possessed unparalleled and intrinsic percipience so that his films were always well noted and received the acclaim of critics.”

His genius can be gauged from the fact that he was one of the few fortunate South Indian artists to be selected at FTII. Other South artist who got trained from Pune Film Institute include Adoor Gopalakrishnan, Rasool Pookkutty, K.G.George, Actor Mohan Sharma, Ravi Menon, etc

Readers would be surprised to read in a career spanning around 15 years John made just four films viz. VIDYARTHIKALE ITHILE ITHILE (1971, Malayalam), AGRAHARATHIL KAZHUTHAI (1977, Tamil), CHERIACHANTE KRURAKRITHYANGAL (1979,Malayalam) and AMMA ARIYAN (1986, Malayalam) and in this short span he made an tremendous impact not just in India but in International cinema.

His film AGRAHARATHIL KAZHUTHAI not only won National Award but is listed among the 100 Greatest Indian Films of All Time by IBN Live's 2013 poll.

What’s more his other AMMA ARIYAN has the prestige of being featured among the Ten Best Indian movies ever made in India by the world renowned The British Film Institute!!!

So now you know the genius of South film legend John Abraham. Don’t you think a biopic should be made on him and his character played by Bollywood actor John Abraham to make the great film legend immortal!

The deadly dengue that took the life of Indian Cinema’s great film legend Yash Chopra in 2012 has once again stuck Indian Cinema and the victim this time is the 13 year old innocent son of South Film Industry’s great comedian Vivek, who has acted in hit films like SIVAJI, SINGAM, ANNIYAN etc

According to news report celebrated comedian Vivek’s son, Prasanna Kumar, 13, was suffering from dengue for the past 40 days. He was being treated at SRM Institutes for Medical Science at Vadapalani, Chennai but was not responding to the medicines.

Doctors attending in him at the hospital informed his condition was deteriorating and he had developed brain fever. A doctor on condition of anonymity said, “Prasanna Kumar was suffering with acute dengue and he also had brain stem dysfunction. Hence he succumbed to the viral fever around 4.25 pm on Thursday,” 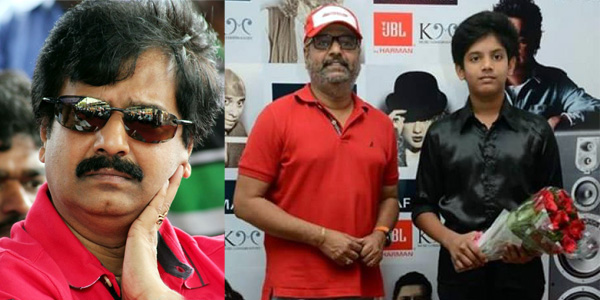 The catastrophic news devastated his family and sent shock waves in the Southern film industry. Several film celebrities have extended their condolences.

However what is agonizing is that the Chennai Municipal Corporation health officers have declined to accept that the child had died of dengue. They claim unless they get reports from the doctors declaring the cause of death as dengue they won’t believe!

Tragic indeed because everybody knows that dengue has gripped all the major metropolitan cities of India and it is the poor administration of the Municipal Corporations that has failed to tackle the dengue menace tactfully and with dedication.

Meanwhile Raaga.Com extents our humble condolence to the departed soul and pray may the soul of Prasanna Kumar rest in peace in heaven and Almighty give strength to the family to overcome the tragedy.

When Bollywood is packed with innumerable new comers mostly from Bollywood background it is freshening to find actors making it big without a so-called Godfather in Bollywood. One among them is the highly talented Tahir Raj Bhasin, who mesmerized the audience with his awesome villainy in Yash Raj Film’s MARDAANI opposite the versatile actress Rani Mukherjee.

Tahir who is recently busy doing another negative role in Sonakshi Sinha and John Abraham starrer FORCE 2, which is a sequel to the popular 2011 Vipul Shah film FORCE says he has not worried about being typecast as villain.

He says, “Gone are the days when negative characters were looked down upon. Today there is a hoard among top actors to play villains. Just check Aamir Khan playing a negative role in DHOOM 3.” 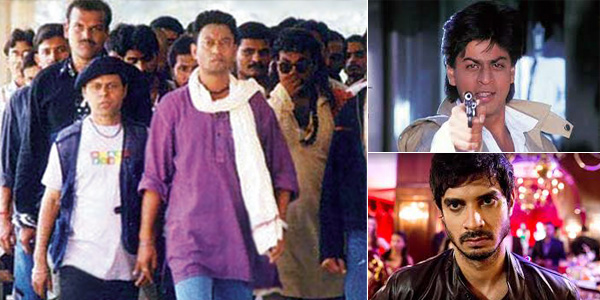 He adds, “I think the credits for giving creditability to negative role goes to Shah Rukh Khan (DARR) and Irrfan Khan ( HAASIL) who dared to play the antagonist and stole thunder from the hero.”

The young and handsome Tahir, who played the grey character in MARDAANI without being loud or looking scary, believes that yesteryear villains like Gabbar Singh in SHOLAY or Mogambo in MR.INDIA are obsolete.

Supporting his argument he says, “In the old days usually the villains were dacoits and smugglers hence actors had to look terrifying and had to exaggerate to create an impact. However the villains in today’s cinema are being drawn from the real life like my character in MARDAANI.”

He informs, “Adi Chopra was clear that I had to look boy-next-door, play a normal guy who runs a trafficking business. It was truly an unconventional idea and a risk but Adi was confident and it worked. ”

Posted by Unknown at 2:15 AM No comments:

Is India on the verge of a new renaissance? After writers, filmmakers surrender awards in protest!!

History is witnessed that the ‘European Renaissance’ was the result of thinkers, writers and the intellectual class. It seems a similar renaissance is taking place in India ever since the secular fabric of the nation has been tarnished by 'rising intolerance' and 'communal poisoning'.

In a statement Gulzar lamented, “We have never witnessed this kind of religious intolerance. I never thought that a situation like this would come where a person's religion is asked before his name. It was never like this.” 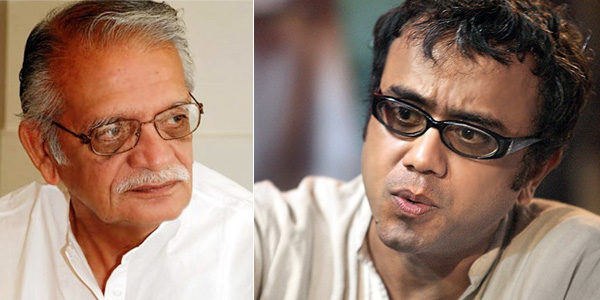 Shockingly instead of paying heed to Gulzar’s agonizing appeal to cease communal hatred he was mocked as an ‘idiot’ and even labeled ‘Anti-national’ on the Twitter for his stand against defending secularism!!!

The movement instead of slowing down with such criticism has only became stronger and the latest news is a group of 10 filmmakers including Dibakar Banerjee, who has made hit films like DETECTIVE BYOMKESH BAKSHY; LOVE, SEX AUR DHOKHA have decided to returned their national awards in support of Film and Television Institute of India students and to protest against the 'rising intolerance' in the country. It may be noted Dibakar Banerjee won the National Award for his film KHOSLA KA GHOSLA (2006).

In a statement Dibakar Banerjee declared, “The stand is not politically motivated. It is motivated from my conscience. We could not think of any better idea than return our national awards because that's all we have."

And that’s not all besides writers, filmmaker’s the movement has been joined by almost 135 academics, who have started a web petition addressed to President Pranab Mukherjee. The signatories include top scientists, IIT professors and JNU academics.

The petition reads, “A highly polarised community is like a nuclear bomb close to criticality. It can explode any time and drive the nation to utter chaos. This is a highly unstable atmosphere and we should do everything in our hands to defuse the disparity."

We hope our President and Prime Minister understand the seriousness and gravity of the situation and take action before People’ movement takes shape.

Posted by Unknown at 2:01 AM No comments: