Yo Yo Honey Singh To Mentor 'India's Raw Singing Stars'

Current heart throb rapper Yo Yo Honey Singh after the success of recent hits like 'Chaar Botal Vodka…', 'Sunny Sunny…', 'Party All Night…', 'Lungi Dance…' and others has been roped in by Star Plus's to mentor young budding singers for their new singing reality show 'India's Raw Star'.

Elated at the astounding success, a humble Honey Singh credited his success to the blessing of his mother and everyone who has helped me. Candidly confessing in interview he said, “I think it is the blessings of my mother that has paved path for success.” He added, “Further I owe my success to Bollywood superstars like Shah Rukh Khan, Saif Ali Khan and Akshay Kumar who showed faith in my talent and gave me break in their movies.” 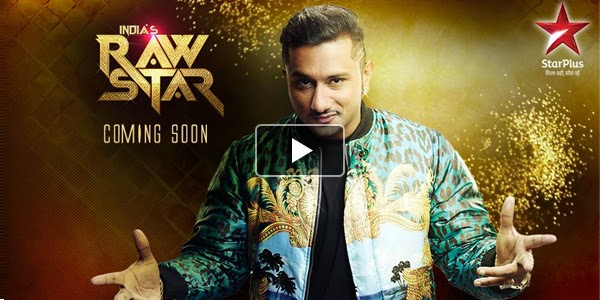 Honey Singh who has studied music at the Trinity School in the United Kingdom, speaking about the new singing reality show 'India's Raw Star' said, “The show is different from the run of the mill singing reality shows because the show gives platform to those budding young singers who are raw and self learner. They are not imitators of Bollywood legendary singers but have their own imitable style.”

The 31-year-old singer-composer, who is putting his heart and soul in the TV show said, “I am highly excited about the show because when I began my career in singing I used to be a self-learner hence I always motivate such singers. I remember when I won recognition as a music composer and singer in Punjab; I had lunched many budding singers and never used to fiddle with their originality.”

He continues, “Since at India's Raw Star, we are practicing the similar trend hence I would like to be an inspirational mentor, guide and a friend for contestants.”

Another novelty of the show is that there will be no jury to judge the contestants. Instead, the audience and Singh will decide who wins. The show will be hosted by Gauhar Khan.

Posted by Unknown at 4:10 PM No comments:

Rohit Shetty the director with golden touch has once again proved his magic at the box office. According trade pundits his movie SINGHAM 2, a sequel to his 2011 hit SINGHAM is smashing record collections at the box office. The movie has amassed Rs. 77.64 crore within three days of its release and is fast heading to cross the magical Rs 100 crore mark!

Speaking about the success of the film Rohit Shetty in a recent interview said, “All I can say is that I give my 100 percent to the film and the rest is up to the audience.” He added, “Film making is a tricky business because a lot of money is at stake. Hence while making a film it is important to see that movie is able to recover the money and rightly so because business is vital otherwise, you won't survive," 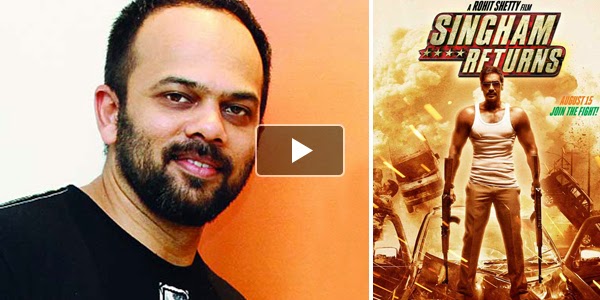 He continues, “Gone are the days when a movie was judged by the number of weeks it runs in theatres. Today whether the movie runs for a week or more is irrelevant, what is important is the money. Today the bench marks for success is nothing but money. If a movie earns Rs.100 crore or Rs.150 crore or Rs.200 crore; it is declared a hit.

Hitting back at his detractors who accuse him of just blowing up cars and in the name of content providing nothing, Rohit Shetty said, “Action is an important element in my films because it attracts children and children are supposes to be the biggest draw at cinema halls. Further I do not boost of making the so called art movies that wins critics laurels and awards. I make commercial films and to entertain the audiences I need to blend a lot of things such as reality, dream, heroism and lots of action because that is what my audience wants to see.”

He lighter vain he confessed, “That’s the reason when I try to make a romantic film, it turns out to be a CHENNAI EXPRESS.”
Posted by Unknown at 11:02 AM No comments: