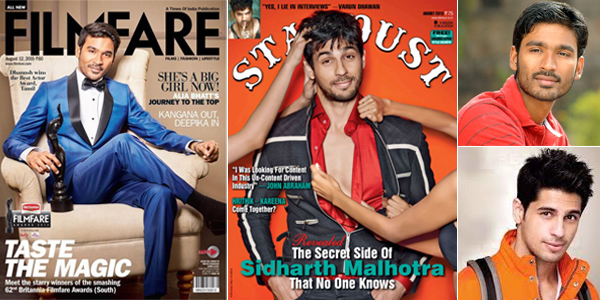 Casting coup of the year: Shah Rukh Khan and Alia Bhatt to act to together!

Karan Johar has created a flutter in Bollywood with the announcement of 49 years Shah Rukh Khan and 22 years Aliya Bhatt working together in his next movie (Untitled) to be directed by the highly talented Gauri Shinde of ENGLISH VINGLISH fame.

Karan Johar confirmed the announcement by tweeting that the movie is being jointly produced by Karan Johar’s Dharma Production in association with SRK home production Red Chilies Entertainment and Hope Productions. The highlight of his tweet is his emphasis on SHAH RUKH KHAN and ALIA BHATT.

Gauri Shinde, wife of R.Balki, like Balki is known for making path breaking movies and according to her the movie is an avant-garde theme exploring the love journey of a young lady who romances three men of different ages in her life. With each relationship she experiences a new outlook on life. 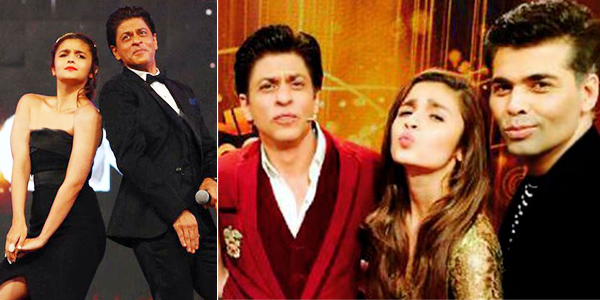 Initially Gauri Shinde had plans to cast Katrina Kaif in the lead role because as the movie progresses the role becomes much mature and intricate. The role is somewhat similar to the character of Raj Kapoor in MERANAAM JOKER, where he encounters three women in his life at different ages of his life. With Katrina Kaif backing out Aliya Bhatt has grabbed the opportunity.

Aliya Bhatt is thrilled with the announcement of the film and the thought of working opposite her dream hero Shah Rukh Khan has made her fanatical. In her tweet, she wrote, “I am dying to act in the film. I just can't wait to be directed by Gauri Shinde with the man himself Shahrukh Khan.”

Like Alliya the audience too is gone crazy are desperate to see the rare combination.

Though details about weather Shah Rukh Khan will romance with Aliya Bhatt are still unclear but from the storyline it is apparent that Aliya will certainly be romancing Shah Rukh Khan as he may perhaps be the third person, with whom she dates in the climax.

Tall, handsome and a dynamic actor Shiney Ahuja who proved his mettle as an actor of substance in Sudhir Mishra's critically-acclaimed HAZAARON KHWAISHEIN AISI (2005) and later gave multiple super hit films like GANGSTER, LIFE IN A METRO, BHOOL BHULAIYYA etc, was left struggling to face camera when he made his comeback in his upcoming action comedy WELCOME BACK.

Confiding his inability to face the camera Shiney Ahuja, speaking to a national daily informed, “Last year when Anees Bazmee showed trust in my talent and offered me a cameo in WELCOME BACK, I was obliged but on the day of shooting I struggled to face the camera. That’s when Anilji (Anil Kapoor) hugged him and boosting my confidence said, ‘Welcome back, my boy.’ His soothing words brought tears to my eyes and gave me courage to give my best shot.” 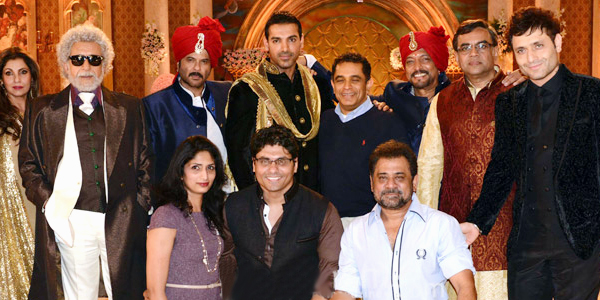 Shiney Ahuja plays the role of Honey, a wayward son of a wealthy underworld don played by Naseerudin Shah in WELCOME BACK. However Shiney enlightens, “Though I play a rowdy character of Honey but I not like Honey in real life. I am an army man's son and we fauji kids are not spoilt brats".

Clearing rumors about his absence during the promoting of the film he said, “I could attend the promotion of the film because I was busy with my family settled in London but sadly the media misunderstood and wrote all sort of rubbish.”

It may be noted that Shiney Ahuja, who fetched the coveted Filmfare Award for Best Male Debut for his sensitive performance in HAZAARON KHWAISHEIN AISI (2005), is making a comeback in Anees Bazmee's WELCOME BACK, after six years after he was allegedly framed for raping his domestic servant in 2009.
Posted by Unknown at 1:28 AM No comments:

Is Rajinikanth switching to roles suiting his age?

With the consecutive failures of KOCHADAIYAAN and LINGAA, it seems South megastar Rajinikanth has realized the taste of the new generation and has decided to gracefully switch to play roles that suits his age.

According to reports in his next film KABALI, the veteran superstar will thus be seen playing the role of an aged don inspired losing from the life of the infamous Chennai based Don Kabaleeswaran, who unleashed terror with his mafia activates.

Directed by the young and dynamic filmmaker Ranjith Pa, who has to his credits hit films like ATTAKATHI (2012) and MADRAS (2014), the role of Don Kabaleeswaran has been intentionally written with Rajinikanth in mind and he believes the movie will open new vistas for Rajinikanth as Subhash Ghai’s VIDHAATA did for thespian Dilip Kumar in Bollywood. 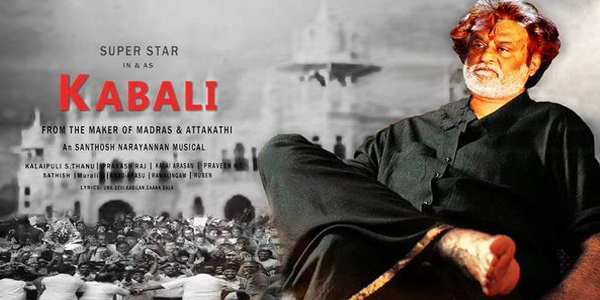 Readers may recall like Rajnikanth, Bollywood superstar Dillip Kumar too had a strong fan following and Dilip Kumar did hero’s role till the ripe age of over 50 years but in the late 60’s his career began to dwindle and he gave a series of box office flops like DIL DIYA DARD LIYA, SUNGHURSH, AADMI, DASTAAN, GOPI, SAGINA and BAIRAAG (1976).

Eventually he took retirement and after four years Subhash Ghai gave him a new lease of life as an underworld don in his film VIDHAATA (1980). After this Dilip Kumar gave many hit films playing centric roles like KRANTI, SHAKTI, KARMA, MASHAAL, SAUDAGAR etc.

Likewise young filmmaker Ranjith Pa plans to open new doors for Rajnikanth that can explore new characters which can bring out the histrionic of Rajnikanth that have still not been tapped.

According to a source close to the film the entire unit of the film is young and vibrant. From the director to the technicians involved in the film are younger, fresher and talented — including music director Santosh Narayan, cinematographer Murali G, and editor Praveen KL — and this is reportedly a sea change from what Rajinikanth has been doing for the past 15 years.
Posted by Unknown at 12:47 AM No comments: