OMG! Tiger Shroff's fan runs away from home to meet him

We have a OMG!! Moment for all you fan there, two cousin sisters stole cash from their parents and set out for Mumbai to meet actor, Tiger Shroff. Yes it’s true the two girls are from Khamni village and they are crazy about this young Bollywood star Tiger. 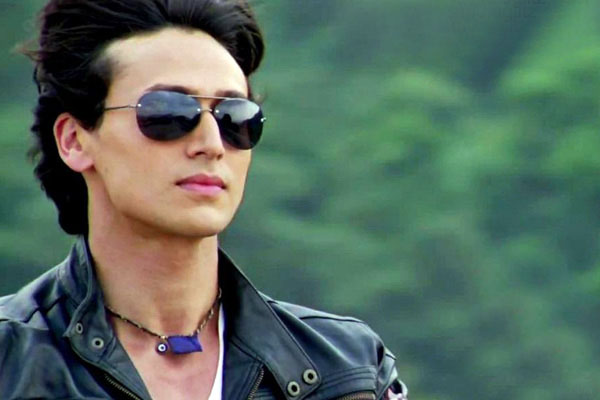 According to SP City Mukul Dwivedi and media reports, the girls had watched a film of Tiger Shroff on Monday night and decided to leave home to meet him. They left their house around midnight to board a train for Mumbai. A tempo driver, who saw them during the early hours informed some villagers and then informed the police. That's how these girls were traced and tracked.

After a long wait and search, the police found the two star struck sisters near Shivasha Estate and later after interrogation the girls confessed of stealing Rs 1,000 each from their parents and running away from home.

The 63rd National Film Awards ceremony took place on Tuesday, a galaxy of Bollywood stars were present at the awards ceremony. From Amitabh Bachchan to Kangana Ranaut with close family and friends were present on getting the Best Actor and Best Actress honors.

Amitabh was dressed up in a black suit; he won the award for his role as a Bengali father in 'Piku', which also starred Deepika Padukone in the lead. He later took to twitter and said, "humbled and touched." 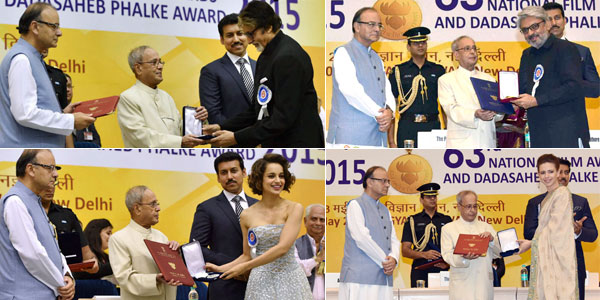 The queen of Bollywood-Kangana Ranaut was also present as she took home the trophy for her double role in Aanand L Rai's 'Tanu Weds Manu Returns'. This is Kangana's third National Award.

Kangana Ranaut was wearing strapless silver gown in which she just dazzled at the grand event. She earlier won the Best Supporting Actress award for movie ‘Fashion’ and Best Actress for ‘Queen’. 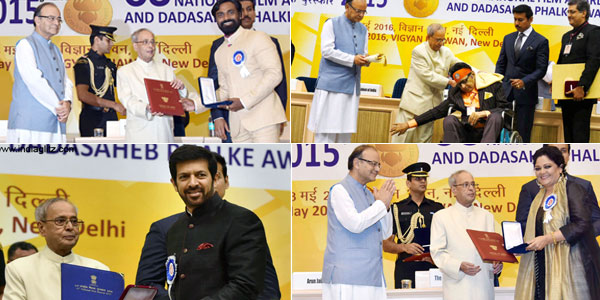 Talented actress Kalki Koechlin who was dressed in a sari, received the Special Jury Award for the movie 'Margarita, With A Straw'.

While veteran actor Manoj Kumar received the Dadasaheb Phalke Award for his contribution towards Indian cinema.
Posted by Unknown at 11:03 PM No comments:

Jacqueline Fernandez at the European Parliament

Our 'Kick' beauty is rising high on international circuit with her humble initiative... We are all aware that how Jacqueline Fernandez last month flew down to Chennai and helped the flood affected people there who were victims of the incessant rains. ​​On the huge success of helping victims by building homes for people through her initiative 'Jacqueline Builds', the actress was recently invited to give a talk about housing and human development at the European Parliament. For the records, the European Parliament is the parliament of the European Union (EU). 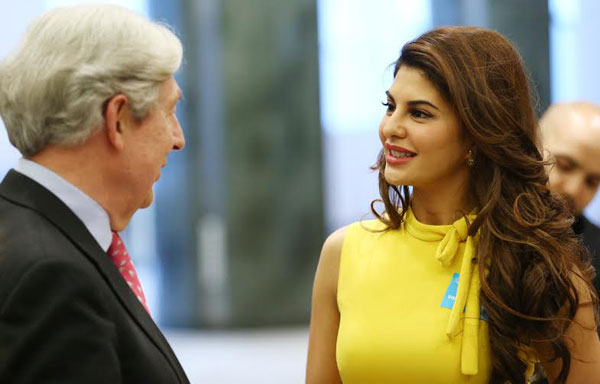 Jacqueline who is the Asian ambassador for Habitat for Humanity, has been associated with the NGO for over 5 years. The actress is ecstatic as 'Jacqueline Builds', which is a solo entity, becomes an annual property and thereby will take place every year. The actress will each year promote the cause of shelter across the world through its platform.

Every 20 years the world conference on Housing and Sustainable Urban Development takes place. This year this conference called Habitat III will take place on 17-20 October in Quito, Ecuador. This Conference will reinvigorate the global commitments of governments both from the North and the South to sustainable urbanization and focus on the implementation of a so-called “New Urban Agenda”. This is considered to be an opportunity to open discussions on important urban challenges and questions, such as how to plan and manage cities, towns and villages for sustainable development. 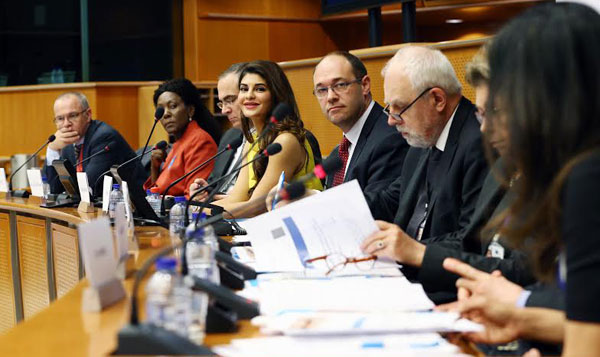 For the same, an event Habitat for Humanity Europe, Middle East and Africa (EMEA) Office was organised which was a high-level event in the European Parliament on 26 April 2016 in Brussels. The event brought together Members of European Parliament, high level policymakers, diplomats, civil society and media in a group of around 60 persons.
Posted by Unknown at 6:25 AM No comments:

OH NO! Taapsee Pannu gets stalked?

Taapsee Pannu has always been the kinds to be shower her fans with love and always tries to be available for them if possible. But Taapsee was recently in for a rude surprise when a fan from Kolkata went two steps further to express his interest to meet the actress.

It is a known fact that Taapsee is one of the founders of a leading wedding planning business and one day, she received a social media message asking about her firm's work and services. The person who hails from Kolkata was more concerned to know if Taapsee herself would be available for meeting. On a polite decline, the person took to making rapid phone calls and stalking the actress on social media. So much so the actress was surprised to have the person's father reach out to the actress via her official number, this time under the pretext of discussing a film project with her. The actress has currently let the person go off warning. 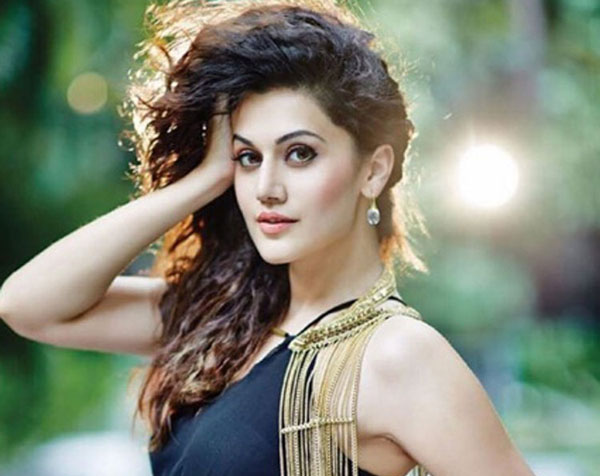 When contacted Taapsee she said, "This situation was first of is kind. This person insisted that I should come to his wedding only then he will take my company's services. When I told him I am busy during those dates he made his father call me. All this, even though he hasn't even decided who he is getting married to. I asked him to find his bride first and then ask for my presence. This didn't stop him either, he then claimed to have a script for me sent by a director to him, so I should get in touch with him for the same soon. I love my fans and cherish the love they bestow upon me but this got a little difficult to handle."

Taapsee will next be seen on big screen with 'Ghazi' opposite Rana Daggubati and 'Pink' with Amitabh Bachchan.
Posted by Unknown at 6:23 AM No comments: