Navaratri has been a historic tradition within Tamil Nadu, with Lakshmi, Saraswati and Durga goddesses the focus.  Like the rest of India, the festival has been an occasion for performance arts, particularly Hindu temple dances such as Bharatanatyam and Mohiniyattam. Major palaces, community centers, and historic temples have embedded dance halls. For example, the Padmanabhapuram Palace built about 1600 CE has had a large dance hall with intricately carved pillars, a structure entirely made of stone. This dance hall has traditionally been known as Navratri Mantapa.[64] The festivities begin with Vedic chants inaugurating the dances and other ceremonies. Other Tamil Hindu temples, such as those associated with Sri Vaishnavism, also celebrate the Navarathri festivities 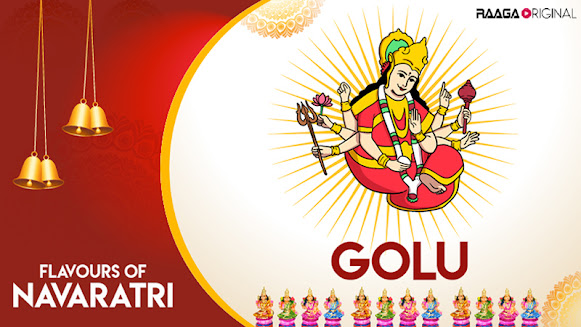 Another notable Tamil tradition is a celebration of the festival with Golu dolls (also spelled as Gollu). These include gods, goddesses, animals, birds and rural life all in a miniature design. People set up their own creative themes in their homes, called Kolu, friends and families invite each other to visit their homes to view Kolu displays, then exchange gifts and sweets.    This tradition is also found in other parts of South India such as Andhra Pradesh where it called Bommala Koluvu, and Karnataka where it is called Gombe Habba or Gombe totti.    Evidence of Gombe totti tradition as a Hindu celebration of the artisan arts goes back to at least the 14th-century Vijayanagara Empire.     In the evening of "Vijayadasami", anyone doll from the "Kolu" is symbolically put to sleep and the Kalasa is moved a bit towards North to mark the end of that year's Navaratri Kolu. The family offers a prayer of thanks, and wraps up the display.  In temples of Tamil Nadu, Navaratri is celebrated for Devi's dwelling in each temple. The temples are decorated, ceremonial lamps are lit, and Vedic chantings are performed. Popular Tamil Nadu temples celebrating Navaratri are Madurai Meenakshi Temple, Chennai Kapaleeswarar temple, Kulasekarapattinam Devi temple, Perambur Ellaiamman temple, Srirangam Ranganathan temple and 8th century Kumari Amman temple. Priests and visitors to some of these temples wear a special yellow colored 'promise of protection' thread on their wrists, called kappu (Tamil) or raksha bandhana (Sanskrit). It is believed to symbolize a vow to the goddess and protection from the goddess against evil