The Navaratri celebrations vary across Maharashtra and the specific rites differ between regions even if they are called the same and dedicated to the same deity. The most common celebration begins on the first day of Navaratri with Ghatasthapana (sthapana of a ghat), which literally means "mounting of a jar". On this day, rural households mount a copper or brass jar, filled with water, upon a small heap of rice kept on a wooden stool (pat).     Additionally, with the jar, is typically placed other agriculture symbols such as turmeric root, leaves of mango tree, coconut and major staple grains (usually eight varieties). A lamp is lighted symbolizing knowledge and household prosperity, and kept alight through the nine nights of Navaratri 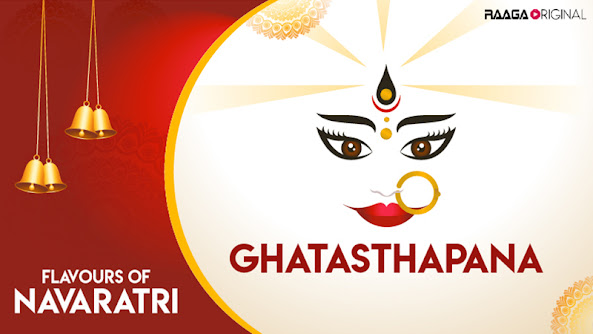 The family worships the pot for nine days by offering rituals and a garland of flowers, leaves, fruits, dry-fruits, etc. with a naivedya, and water is offered in order to get the seeds sprouted. Some families also celebrate Kali pujan on days 1 and 2, Laxmi pujan on days 3, 4, 5 and Saraswati puja on days 6, 7, 8, 9 along with Ghatasthapana. On the eighth day, a "Yajna" or "Hom" is performed in the name of Goddess Durga. On ninth day, the Ghat puja is performed and the Ghat is dismantled after taking off the sprouted leaves of the grains. In many families, a woman from Matang community is called and offered food and blessings are sought from her. She is considered as a form of the Goddess "Matangi"

The Goddess Lalita is worshipped on the fifth day of the festival. On the ninth day or Khande Navami of the festival, men participate in worshipping all kinds of tools, weapons, vehicles and productive instruments.