Navaratri in Gujarat is one of the state's main festivals. The traditional celebrations includes fasting for a day, or partially each of the nine days such as by not eating grains or just taking liquid foods, in remembrance of one of nine aspects of Shakti goddess. The prayers are dedicated to a symbolic clay pot called garbo, as a remembrance of womb of the family and universe. The clay pot is lit, and this is believed to represent the one Atman (soul, self) 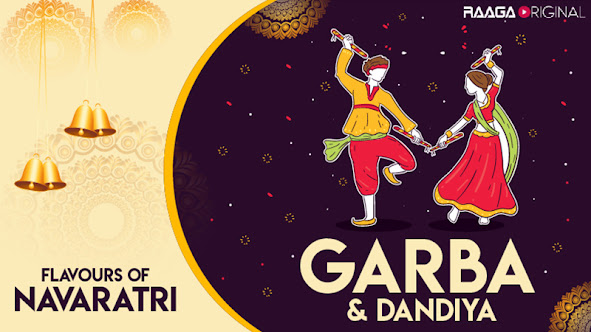 In Gujarat and nearby Hindu communities such as in Malwa, the garbo significance is celebrated through performance arts on all nine days. The most visible is group dances from villages to towns called Garba accompanied by live orchestra, seasonal raga or devotional songs. It is a folk dance, where people of different background and skills join and form concentric circles. The circles can grow or shrink, reaching sizes of 100s, sometimes 1000s of people, dancing and clapping in circular moves, in their traditional costumes, at the same time. The Garba dance sometimes deploys dandiyas (sticks), coordinated movements and striking of sticks between the dancers, and teasing between the genders. Post dancing, the group and the audience socialize and feast together. Regionally, the same thematic celebration of community songs, music and dances on Navaratri is called Garbi or Garabi.